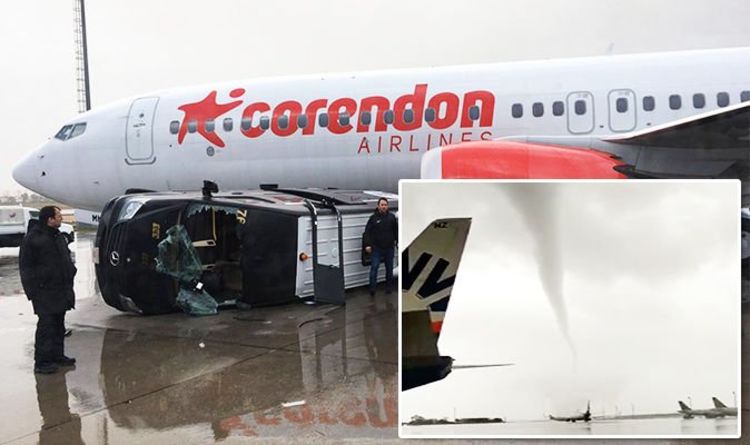 A tornado ripped through the airport at Antalya Turkey on Saturday, injuring 12 people and causing millions of dollars in damage as it marched down a line of airliners parked on the ramp. None of the injuries are considered life threatening. The wind knocked over buses and service vehicles on the ramp and pushed equipment into the airliners. Large pieces of debris also struck the planes and the terminal building. Officials said three buses and several pieces of ground equipment were toppled.

The twister was one of as many as five that touched down in Antalya, which was just recovering from a tornado and major storm that hit the region on Thursday. The same storm brought heavy rain to the coast and snow to the mountains of the Balkan region and Turkey.