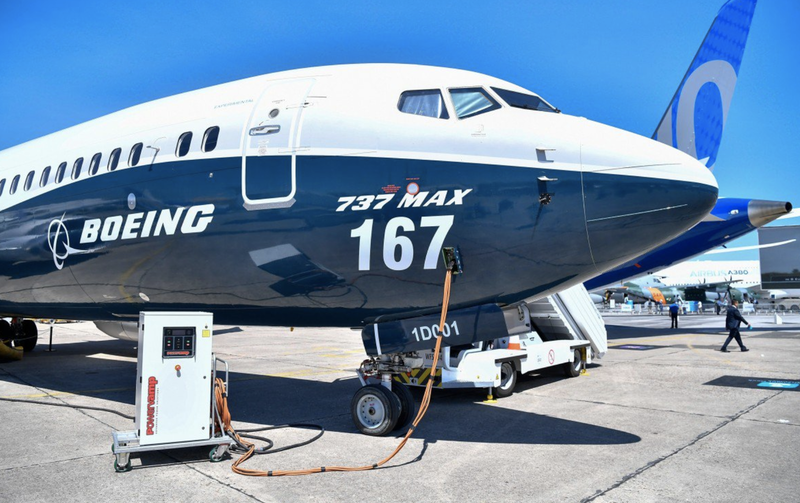 Dealing another blow to public confidence in Boeing's ability to swiftly reassure regulators that its 737 MAX 8 can be made safe for passenger travel, the South China Post on Monday reported that China Aircraft Leasing Group Holdings has put an order for 100 new 737s on hold, until it can be assured of the aircraft's safety.

This follows a decision by Indonesia's national carrier to cancel a $6 billion 737 MAX order. The airline had been planning to order 49 planes. Boeing last week said it would cut its pace of production by 20% to just 42 a month.

China was the first country to ground the 737s after Ethiopian Airlines flight ET302 crashed just minutes after takeoff - the second deadly incident involving the planes in just 5 months. A preliminary report from investigators found that the pilots followed Boeing's safety procedures, but were still unable to right the plane.

Boeing is working on an update of its MCAS anti-stall software, which is believed to have contributed to both the crash of ET302 and a deadly Lion Air crash that occurred just five months earlier, but the fix is taking longer than anticipated.

Per its original delivery schedule, the first 737 was supposed to be delivered to the aircraft lessor in Q3 of this year. Originally, the lessor signed its contract with Boeing in June 2017, ordering 50 aircraft, then increasing it by 25 with an option for another 25. The order for the initial 50 aircraft was valued at $5.8 billion.

The company said it has stopped paying installments on the planes it has ordered.

The Hong Kong-listed lessor, controlled by the state-owned conglomerate China Everbright Group, placed an order for 50 aircraft in June 2017. CALC then increased it by another 25 in December with an option for 25 more as part of its plan to grow its overall fleet from 133 in 2018 to 232 by 2023. According to the original schedule, the first MAX jet was expected to be delivered to CALC in the third quarter of this year and continue up to 2023.

Airlines around the world have grounded the 737s, and last week, the FAA set up a joint review task force that is expected to include other aviation regulators, including possibly China's, which has been invited to join.

Most of the deliveries weren't expected until 2021, so the hold won't impact the lessor's operations, its spokesman said.

A CALC spokeswoman said that since most of the deliveries to the company were to be made from 2021, "so we see little or no impact on our operations."

Chen said that they have received assurances from Boeing that “a better solution will be submitted to CALC within two months”, adding that they have not yet discussed compensation.

Chen said both sides are actively seeking a solution to the problem.

"One option being considered is to replace it with other aircraft. But there aren’t too many options," said Chen.

Of course, the last thing Boeing shareholders wanted to hear after last week's string of negative headlines was more bad news, particularly after the late-Friday announcement of its production cut, which the company had clearly hoped to sneak by the market. And following the revelation that Boeing might soon have a second large cancellation on its hands, Boeing's shares - already lower - have sunk even further in premarket trading, weighing on the Dow.