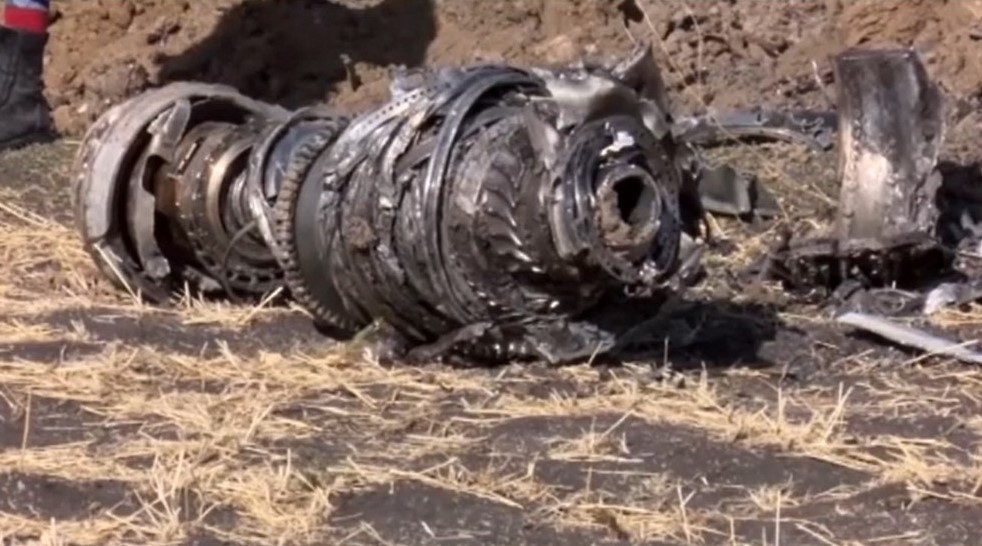 Investigators believe the controversial software update implicated in the crash of a Lion Air Boeing 737MAX was also involved in the March 10 destruction of an Ethiopian Airlines jet.

Quoting sources familiar with a high-level briefing to the US Federal Aviation Administration, The Wall Street Journal reported that an emerging consensus among investigators was that the Manoeuvring Characteristics Augmentation System, or MCAS, was involved in both crashes.

The two crashes claimed a total of 346 lives and plunged manufacturer Boeing into crisis.

The newspaper warned that that preliminary finding from the flight data and cockpit voice recorders was subject to revision and said a preliminary report from Ethiopian investigators was due “within days”.

The global Boeing 737 MAX fleet remains grounded because of worries about similarities between the two crashes.

The FAA, which is facing several investigations into the certification of the plane, was the last agency to ground the MAX on March 13.

It defended the delay by arguing hard data suggesting a link between the two flights was not available until just prior to the decision.

That new information included a newly refined satellite data of the aircraft’s flight path and evidence found on the ground, believed to be a jackscrew that moves the horizontal stabilizer.

Boeing was already working on changes to MCAS and pilot training when the second crash occurred and this week released details of the changes.

It said it had complete confidence in the safety of its new software fix.

MCAS activates in manual flight when the flaps are retracted and is part of the speed trim system that automatically commands changes to the horizontal stabilizer to trim the plane so there are no net forces on the control column.

Erroneous data from an angle of attack (AoA) sensor prompted MCAS to repeatedly push down the nose of aircraft in the Lion Air crash, something the pilots fought instead of deactivating the system. The angle of attack measures the position of the aircraft nose in relation to airflow.

The original version of MCAS took information from just one Angle of Attack sensor but there are two on the aircraft and the new version will compare inputs from both.

If the sensors disagree by 5.5 degrees or more with the flaps retracted, MCAS will not activate and an indicator on the flight deck display will alert the pilots.

If MCAS activated in abnormal conditions, the new software will only provide one input for each elevated AoA event instead of resetting itself repeatedly.

It will also not be able to apply more force to the horizontal stabilizer than can be counteracted by the flight crew pulling back on the column.

Boeing is also making standard an AoA disagree alert that will tell the pilots if the two AOA sensors disagree by more than 10 degrees for more than 10 seconds.

“We’re going to do everything we can to ensure that accidents like these never happen again,’’ Boeing Commercial Airplanes vice product of product development Mike Sinnett told reporters this week.

“We are working with customers and regulators around the world to restore faith in the industry and to reaffirm our commitment to safety and to earning the trust of the flying public.”