Boeing Is Running Out Of Space To Park Its Newly-Built 787 Dreamliners ......

While Morgan Stanley continues to stubbornly repeat that the US economy is undergoing a jolly V-shaped recovery, one would be very hard pressed to observe that in either the number of airline passengers, or the commercial aerospace sector in general, where Boeing has become a poster child for how quickly the fate can turn... and it's not just the company's ill-fated Boeing 737 MAX which may or may not fly again. According to Bloomberg, Boeing is now also running out of space to stash newly-built 787 Dreamliners, as unsold jetliners are now crammed onto "every available patch of pavement on airfields near its factories in Washington and South Carolina."

Citing people familiar with the situation, Bloomberg writes that "dozens of the planes are sitting on the company’s premises" with Uresh Sheth, a closely followed blogger who meticulously tracks the Dreamliners rolling through Boeing’s factories, putting the total somewhere above 50. That’s more than double the number of jets typically awaiting customers along Boeing’s flight lines.

According to Sheth, brand-new widebodies are lined up on a closed off runway at the airport that abuts Boeing’s hulking plant north of Seattle. In North Charleston, 787s are tucked around the delivery center and a paint hangar. The U.S. planemaker has even started sending aircraft to be stored in a desert lot in Victorville, California. 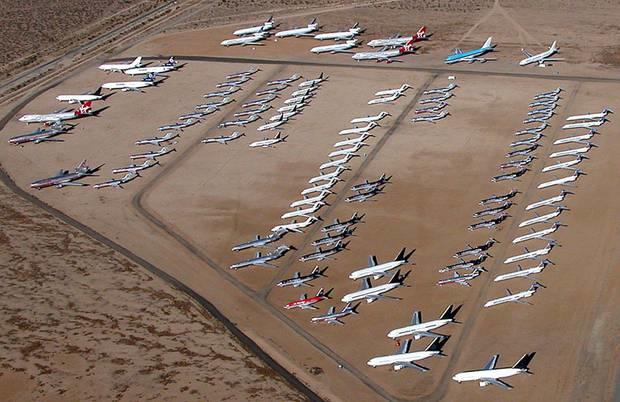 Boeing's troubles with parked jets are nothing new: last year Boeing had so many 737 Maxes after their global ground when it emerged that Boeing had drastically cut corners to save on costs even if it meant risking people's lives, that it commandeered an employee parking lot to store surplus aircraft. Now, as it finally starts to emerge from that crisis, another critical source of cash - the company's marquee jet, the 787 Dreamliner - is under pressure but not do to airworthiness concerns but simply due to the global depression that commercial air traffic has found itself in. 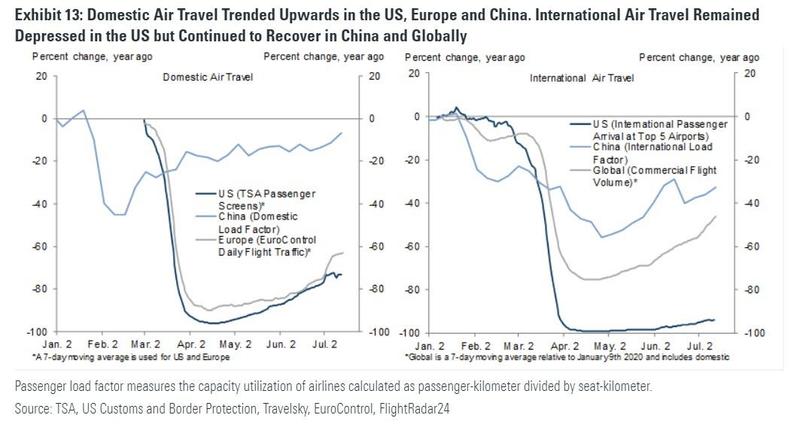 As Bloomberg notes, Boeing has relied on the wide-body jet, produced in record numbers, to help bankroll the $20 billion in costs it has rung up since the Max was banned from commercial flight in March 2019 following two fatal crashes. But as Covid-19 sapped consumer interest in long-range travel this year, "the tally of undelivered Dreamliners has stacked up and created a new financial drag as regulators move closer to clearing the 737’s return."

As a result of the current state of the airline industry, "the next couple of years are just going to be very hard for this airplane,” George Ferguson, a Bloomberg analyst said of the 787 Dreamliner. Some more details:

Demand for the twin-aisle 787, Boeing’s 777 and Airbus’s A350 and A330neo has been especially hard hit as cash-strapped airlines slow or cancel aircraft purchases. Some would-be buyers don’t want to send pilots to claim aircraft in the U.S., where the pandemic is raging. When they are able to start growing fleets, airlines are expected to initially focus on smaller planes for domestic flights before adding larger aircraft for continent-hopping trips.

Boeing also faces a “capacity hangover” after pushing Dreamliner production to a 14-jet monthly pace last year -- a record for wide-body aircraft -- in a market that was already glutted with aircraft, said Richard Aboulafia, an analyst with Teal Group.

“It was one of the few levers they could pull to bring in more cash during what seemed like a crisis, and now looks like a nothingburger,” Aboulafia said of Boeing’s response to the Max grounding. That scandal has been eclipsed by the unprecedented aviation collapse brought on by Covid-19. “No twin-aisle had ever been built at 14-a-month for a very good reason.”

For now, Boeing is acting as if demand will soon rebound: "We continue to closely monitor the commercial marketplace by staying very engaged with our customers around the globe to fully understand short term and long term requirements," Greg Smith, the company’s chief financial officer and executive vice president of enterprise operations, said in a statement.

Unfortunately, such optimism remains wildly misplaced as customers took just three of Boeing’s 787 during May and June, and 36 of the aircraft in the first six months of the year, down more than 50% from 78 deliveries a year earlier.

While Boeing has already lowered 787 production to 10 jets a month, it will need to pursue far deeper cuts over the next two years, which will further sap the company's cash flow. Even so, the manufacturer could be left holding one-third of the more than 100 Dreamliners that J.P. Morgan analyst Seth Seifman projects the company will build this year.

In short, as a result of the global economic recession, Boeing is facing a good, old inventory glut, and absent taking a machete to prices, it will have big problems clearing out the excess inventory.

“It may be difficult to clear this inventory next year,” given that Boeing would have to ramp up deliveries at a time when “when long-range travel may still be under pressure,” Seifman said in a July 15 report.

While Boeing's stock has so far neglected the lack of demand for the company's cash cow, that will soon change. Boeing’s ballooning 787 inventory and deferred production costs should come into sharper focus over the next two weeks as key customers like American Airlines and United Airlines report earnings, followed Boeing itself on July 29.

For years after the 787 Dreamliner made its commercial debut in 2011, taped up aircraft awaiting retrofitted parts dotted Paine Field, adjacent to Boeing’s factory in Everett, Washington. For Sheth, there’s a sense of déjà vu to the growing glut.

“I have no doubt they are going to recover from that downturn,” Sheth said. “But at this point they’re probably going to have to cut production even lower because they can’t continue on this trajectory.”

All of which means even lower future income, more layoffs and - eventually - a return to the bargaining table to ask Uncle Sam for some bailout cash, which Boeing has so far managed to avoid.

American Airlines Slated To Drop Dozens Of Flights...
The NTSB has released its findings on Atlas Air 5Y...