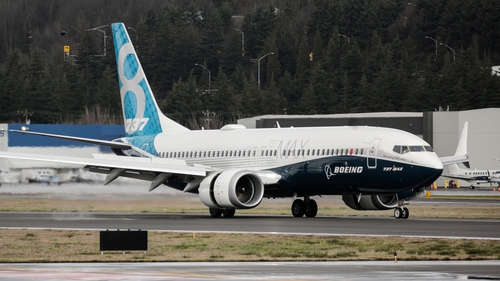 There is no timetable to return the Boeing 737 MAX back to flight and the decision will depend solely on whether or not the jet is deemed to be safe, a senior US Federal Aviation Administration official has said.

The comments came as the FAA and representatives of other global regulators met in an attempt to get a co-ordinated response to the grounding of the 737 MAX fleet after two fatal accidents.

Elwell was asked whether airlines that had taken the MAX out of their schedules would need to revise their plans to take into account a longer wait.

“No they don’t need to make any changes to their plans,’’ FAA acting head Daniel Elwell told CNBC. “But they just need to know there isn’t a timetable for bringing the 737 MAX back to flight.

“There are only one criteria: when we’re done without analysis and it’s safe to bring let the 737 MAX fly again.”

Elwell said it could be a month, two months or longer but it would depend on the FAA’s analysis of a software fix for the aircraft’s flight control software.

The FAA would prefer the lifting of the grounding to be global but there has been pushback from some regulators, including the Europeans.

Elwell would not be drawn on whether pilots needed to take simulator training before flying the jet again and said training was still under review.

Elwell said it was the FAA’s responsibility to make the approval and it would be the first to do so regardless.

“And if the rest of the world agrees with our analysis, which is why we have 33 countries here today, then that is the goal,” he said.

Four audits and investigations are underway into the FAA’s certification processes but Elwell said the MAX had been certified in the same way every aircraft had been certified and had made aviation the safest mode of transportation.

“We’re constantly learning how to refine them. The American public and the world will see that the 737 MAX is safe when we return it to flight and they’ll get back on the MAX and fly it again.”

“Our team, our airline customers, and regulators place the highest priority on the safety of the flying public,’’ Boeing said in a statement.

“Once we have addressed the information requests from the FAA, we will be ready to schedule a certification test flight and submit final certification documentation.”

Tweet
Is the Second Antonov AN-225 Close to Completion?
Did The FAA Drop The Ball While Certifying Boeing ...

No money coming into Boeing from the MAX, plus the FAA is being scrutinized about their processes. I believe the FAA will go slow, to be absolutely sure the MAX is safe and the world has to agree.

Mike Forti
There are no comments posted here yet