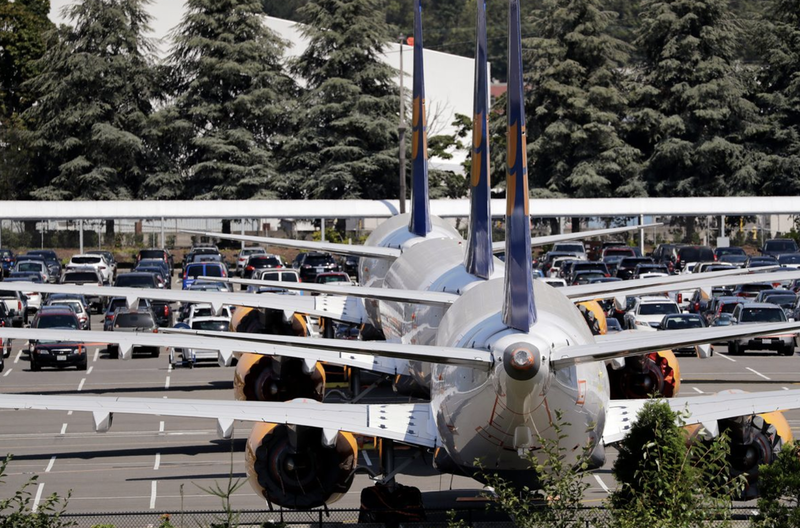 Over the past nine months, the WSJ has led the media pack when it comes to scoops about the lapses at Boeing and the FAA that allowed the Boeing 737 MAX 8 to continue flying, even after a crash in Indonesia raised questions about the plane's safety that were apparently ignored, because a similar crash happened in Ethiopia less than six months later, bringing the combined death toll to above 300.

Earlier on Wednesday, Boeing shares dropped on reports that the 737 MAX won't fly again before the end of the year, even as deliveries "could" resume later this month.

These revelations about the culture at both Boeing and the FAA show very clearly how the agency has lost its way, and how its lapses in oversight opened the door to unimaginable human suffering.

WSJ reporters got their hands on an FAA internal report that was published back in November 2018. An internal FAA analysis of the Lion Air cash, it's expected to be released in full for the House committee hearing Wednesday.

According to the report, experts spotted the risks in the 737 MAX 8's anti-stall system, MCAS, and warned that these planes could average more than one crash a year.

In an aviation industry that sometimes goes almost a decade without an accident, these numbers are obviously unacceptable.

On Tuesday, an FAA spokesman delivered a statement to WSJ: "It was clear from the beginning that an unsafe condition existed," adding that the analysis "provided additional context in helping determine the mitigation action." In an email, the spokesman said such analyses tend to overstate risk because they take the most conservative approach and because specifically identified problems likely appeared more serious than they did in the operating fleet.

After Lion Air, the FAA’s analysis projected as many as 15 similar catastrophic accidents globally over the life of the MAX fleet (roughly 30 to 45 years) unless major fixes were made to a particular automated flight-control system (fixes that Boeing has scrambled to make over the past year).

"The potential for 15 projected crashes “would be an unacceptable number in the modern aviation-safety world," said Alan Diehl, a retired FAA and Pentagon air-safety official, who hasn’t had any involvement in the MAX crisis.

Even still, it might take more than that to win back public confidence, since WSJ and Boeing characterized the MAX as the most crash-prone Boeing model in modern history.

In total, the 737 MAX was projected to log as many crashes s Boeing’s 757, 767, 777, 787 and the latest 747 models combined. The MAX fleet was eventually anticipated to be nearly 5,000 jets world-wide, slightly larger than the combined global fleet of the earlier models that are still in service while the other fleets together total slightly more than 3,800 aircraft.

But in the document obtained by WSJ, the FAA anticipates that Boeing will update the flight control software on the 737 MAX 8 within the next seven or eight months. Of course, there were more deaths before the new software could be finished.

The FAA document anticipated that in roughly seven months, Boeing would devise, test and with the FAA’s approval install revised software for MCAS, the suspect stall-prevention system that led to the October 2018 crash in Indonesia. Meanwhile, the FAA also concluded that it could buy time to prevent another accident by reiterating to airline crews world-wide how to respond in the event of a similar MCAS misfire. If crews were aware of the risk and knew how to respond, the FAA determined it was acceptable to let the planes continue carrying passengers until a permanent design change was in place. That fix is still in progress.

More than any other previous piece of evidence, this document exposes the Boeing-FAA cabal and how corporations and the government conspired to put the lives of millions of unsuspecting travelers at risk.