Airlines Lobbying Congress To Allow Just One Pilot In The Cockpit 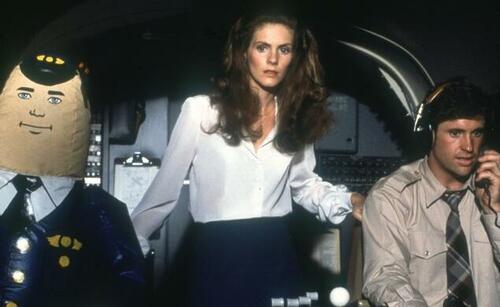 Airlines, in their infinite mission to balance costs, profits, and keeping planes full of passengers alive between two points, might be going a little too far in their latest attempt to cut back.

According to CBS News, the industry has been quietly lobbing Congress to allow them to use just one pilot in the cockpit instead of two, as is currently required by part 121 of the Federal Aviation Regulations.

The airlines claim it would quickly solve staffing issues caused by the ongoing pilot shortage, and say that technology has improved to the point where it would be perfectly safe to do so.

Not surprisingly, airline pilots are loudly protesting this idea, claiming that it would diminish a safety discipline and culture that has been responsible for the safest 25 years in commercial aviation in the history of aviation. Pilots unions argue it's all about the airlines saving money and could compromise safety. -CBS News

Unions have pointed to several examples of emergency situations in which two pilots were necessary - such as the "Miracle on the Hudson," when pilots Chesley "Sully" Sullenberger and Jeffrey Skiles worked together to glide a US Airways flight down to New York's Hudson river after it hit a flock of Canadian geese on takeoff, saving all 150 passengers and crew.

Meanwhile, 10 days ago an American Eagle flight from Chicago to Columbus had an emergency when one of the two pilots became incapacitated. The co-pilot was able to gain control of the plane, declare an emergency, and safely land back in O'Hare.

The pilot later died at the hospital.