Less More
5 months 2 weeks ago - 5 months 2 weeks ago #815 by OG GarlicSalt
LE Slat ASYM was created by OG GarlicSalt
Boeing 767-200 with intermittent LE ASYM EICAS message. This problem resulted in two air turnbacks and forced the aircraft to jettison fuel on both occasions. This issue was worked twice and a "fix" found both times by a repair station. After returning from MX we received the aircraft again and on its second trip out the message briefly popped up with the Flap/Slat position indicator bouncing between 0 and 1.

At this point I picked up the task and with the history associated with this I wanted to do a very thorough check of the system. I performed a BITE test on the PSEU and it indicated what should have been the faulty sensor. After noting this I still decided that I would ignore the finding from the BITE test and use an LCR meter to test every sensor individually. At this point I found pin F12 on the PSEU for the #3 LH O/B slat to be pushed back. After reinserting the wire and verifying the lock was holding, we closed everything up and no issues since.

What made this an odd find and what seems to have tripped up the repair station is that each time this problem occurred the PSEU faulted a different sensor than the one actually causing the problem. The PSEU indicated one sensor on the R/H OB, L/H IB and when I did the BITE in indicated 276 for the #1 L/H O/B while the fault was with 278 #3 L/H OB slat.

Wire came out after being lightly pulled not engaged with the lock. 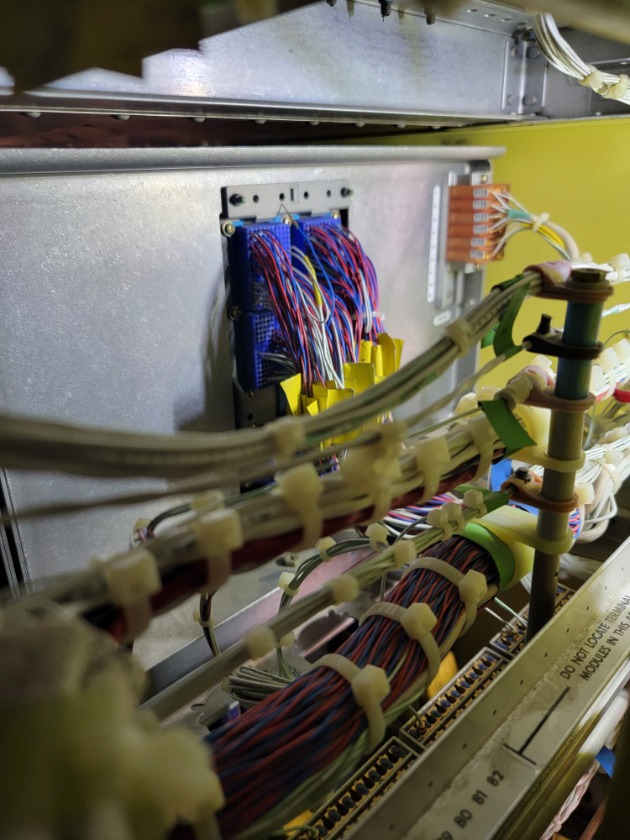 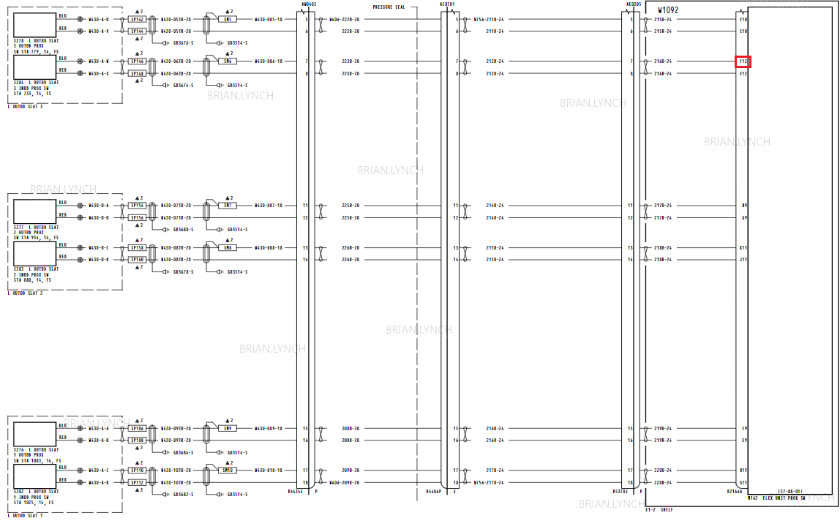 Since starting to work on the 767, the majority of issues is caused by wiring.

The occurrences increase with age.

You would think most would be "outside the pressure vessel", but this doesn't seem to be the case with this aircraft.

The back of the MEC rack is a very busy an we're finding a ton of problems in that area.

Less More
5 months 1 week ago #817 by OG GarlicSalt
Replied by OG GarlicSalt on topic LE Slat ASYM
Thanks Mark, this airplane is young for 767s produced in 2004. The airplane received the LDS mod a few years ago, since then we have had multiple issues with things wired backwards loose pins ect.