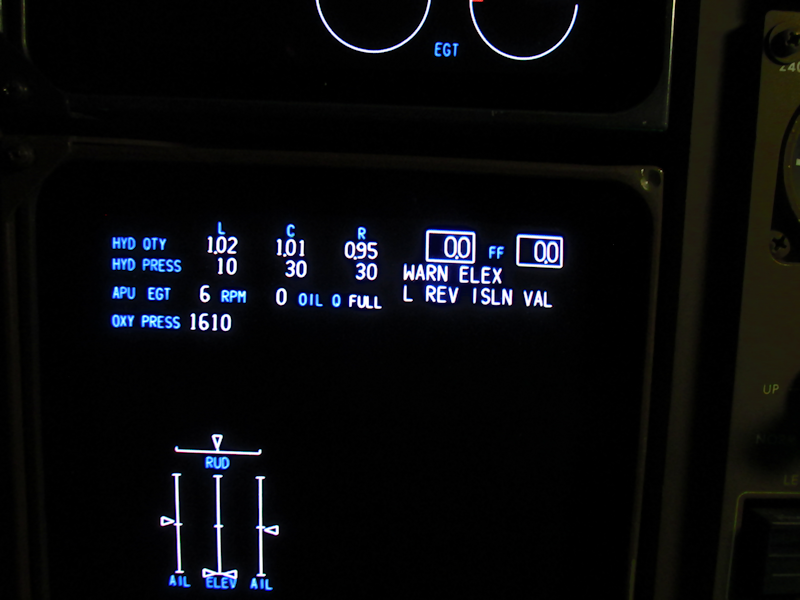 I spent two shifts, plus some on this problem.

From looking at the schematics, you would think this is a pretty simple issue. The EICAS computers see a ground on pin "H7" of plug "B". This ground would most likely be caused by a stuck (pressure on) T/R Isolation Valve pressure switch. 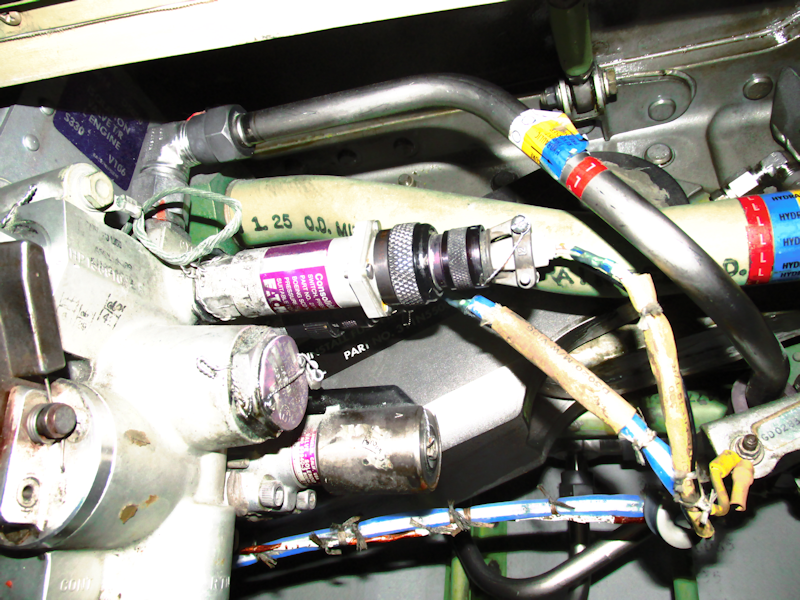 After gutting this EICAS input circuit looking for this ground (which wasn't there), I was running out of ideas. I was on a road, but it wasn't the right one to travel. Thinking the warning circuit had smoked in one computer which took out the other.... I ordered two EICAS units and left for the night.

"Then" the fun began. To be truthful, I wasn't the one who decided to drive on the "correct" road. Maintenance Control, Training, and one of our mechanics bounced ideas of each others heads until an alternate failure possibility was considered. One that was ultimately right.

If the throttle switch for T/R Deploy is commanding a deploy (supplies a ground), but...... the engine T/R proximity switches DO NOT show the T/R's deployed, the error shown above will pop up as a failure. By the time I showed up, that troubleshooting avenue was being considered. Now, it was up to us to prove it.

I thought of removing the throttle switch circuit from the system. It was accomplished quite simply by disconnecting one plug at the P36 panel. 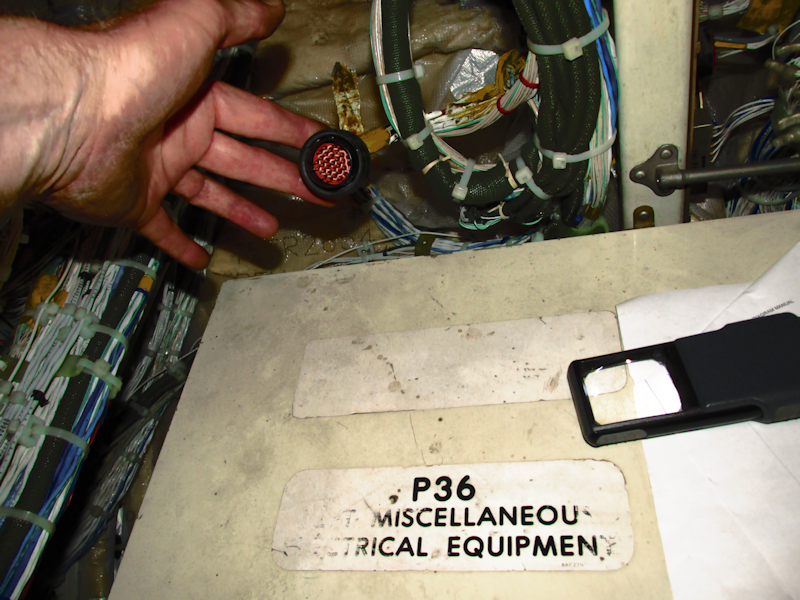 No failure...... but were we right in our thinking? To prove it, we ran up to the P37 panel to check the right engine throttle switch for a ground. No ground on the right and a solid one on the left. OK..... let's keep driving this direction, it's just a shame that the road turned to shit after that.

"THAT" switch is a bear. 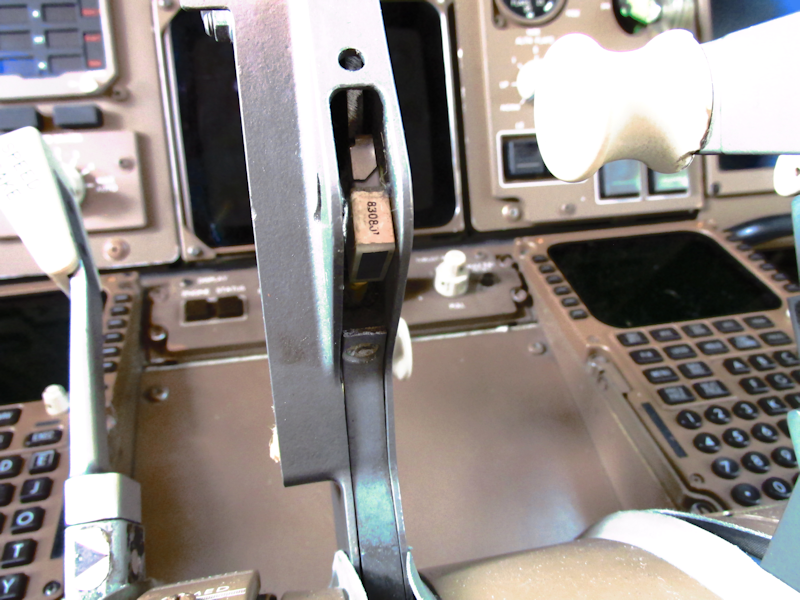 In that little area is the switch, a socket, a shim, and the actuating roller assembly. We changed the switch and let me tell you, it was quite a bitch. We taped over every hole we could find. It was lucky we did because either the screws or shim took flight a few times. 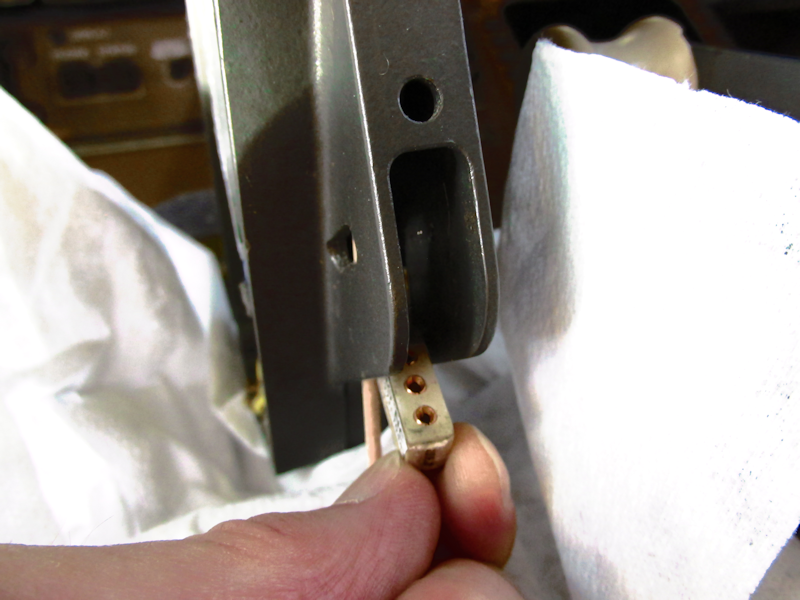 The socket without the switch is shown above. After we changed the switch..... the problem was "still" there. WTF!!!!

We started busting intermediate plugs off. With each plug removed, one at a time, we lost the ground. The last plug in line is not reachable without gutting the pedistal, but the second last one is.... 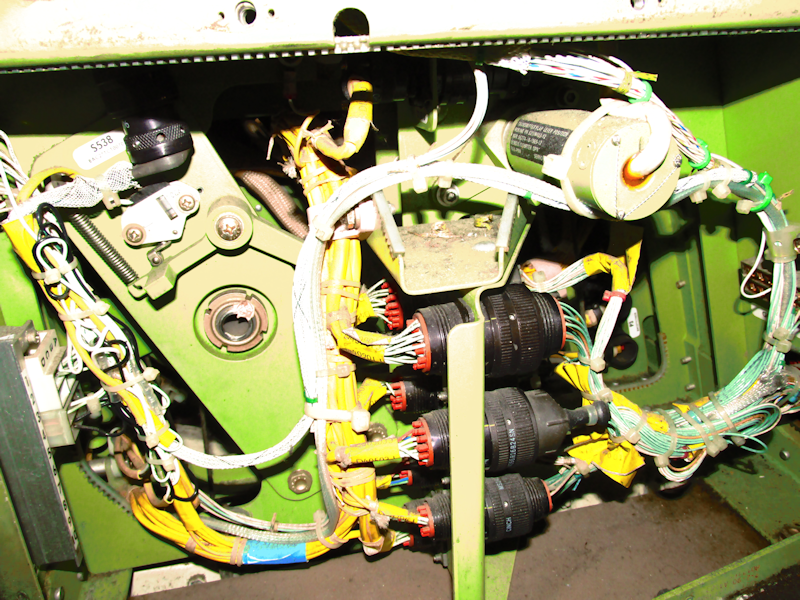 Pedestal right, upper plug. The ground still was showing towards the switch.

Turns out...... the damn socket wires, right after they left the socket ass'y were shorted. THIS SHORT DID NOT SHOW UP WHEN WE HAD THE SOCKET ROLLED DOWN FROM ITS MOUNT.

The aircraft flew its happy ass up to Memphis for the socket/wire assembly replacement and I could only wish the best for the guys who had to do it. Throttle quadrants can be an absolute terror. This one was.....

Less More
6 years 3 weeks ago #262 by Mark
Replied by Mark on topic ATA 78-36, Trust Reverser Indication (P/W)
Because of the difficulty of dealing with "anything" in that throttle quadrant...... they changed the whole damn quadrant. I didn't realize that they had to go through such drastic measures.

Less More
6 years 3 weeks ago #263 by jake ounce
Replied by jake ounce on topic ATA 78-36, Trust Reverser Indication (P/W)
Holy mack, that a whole different level! I remember when we had the DC8s and we had to change a throttle quad- nobody ever did one at UPS. Took days.