Splits in altitude indication can be difficult to isolate at times. Sometimes, just verifying "which" system is wrong is tough. Crews usually compare between the three available (Capt's, F/O's, Stby). The standby system can be less accurate in normal operations, so determining a split using the standby as a reference can mislead the crews to report the wrong side as inoperative.

I have never seen an instance of one system reading higher than it should. Low indications can be caused by blockage or leaks. In the case of leaks, cabin pressure is introduced into the static lines which causes the indication to drop.

The easiest way to verify a leak is to tape over the static ports on the outside of the aircraft and pressurize the aircraft. As soon as differential begins to rise..... you'll see one of the altimeters start to drive down.

We did just the above procedure on this aircraft. The static ports on a 767 are incorporated into the pitot probes. We taped over the static ports on all four probes. At 1.5 PSI differential, the F/O's system started to drop. At 2 PSI we had only dropped 60 feet, so we knew wherever the leak was..... it was a small one.

Not having access to a nitrogen bottle and the proper adapters, we used a probe adapter and plumbed a pitot hose on the the static port for the F/O's system. We disconnected the static (self-sealing) quick disconnect on the #2 ADC and taped over the corresponding static port on the opposite side pitot probe. 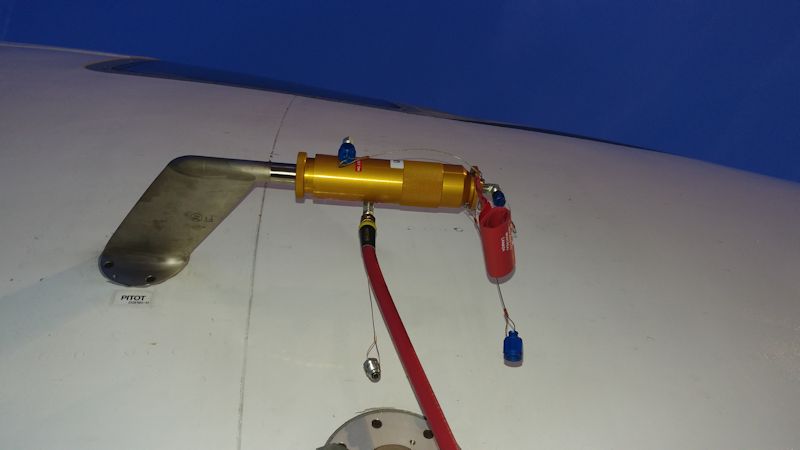 The maximum pitot speed on the test box was 500 Knts. I have no clue as to what this might equate to in PSI, but I would suspect it was no higher than 2 PSI. It was enough pressure to find the leak. 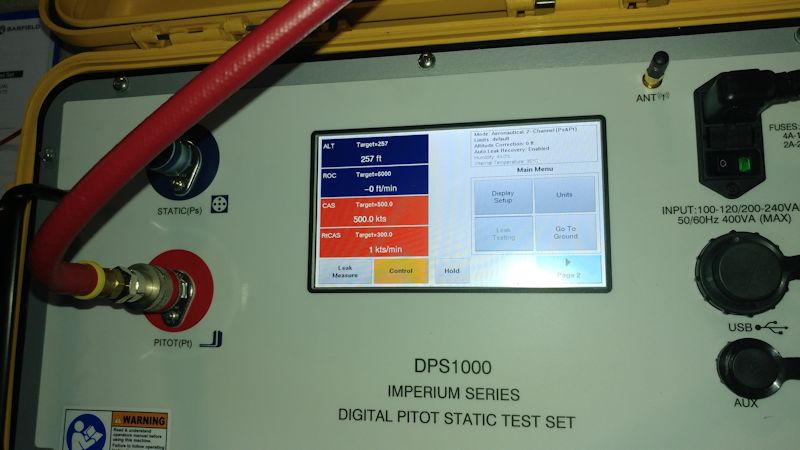 After some digging, bubbles were noted at the T-fitting where the left and right systems meet. This was in a very difficult area above the nose gear well area.

The fitting for left static input was at fault. After removing and reinstalling (with some serious torque), we still had the leak. After further investigation..... the flared swage at the end of the tube was able to be spun. It should not move at all. 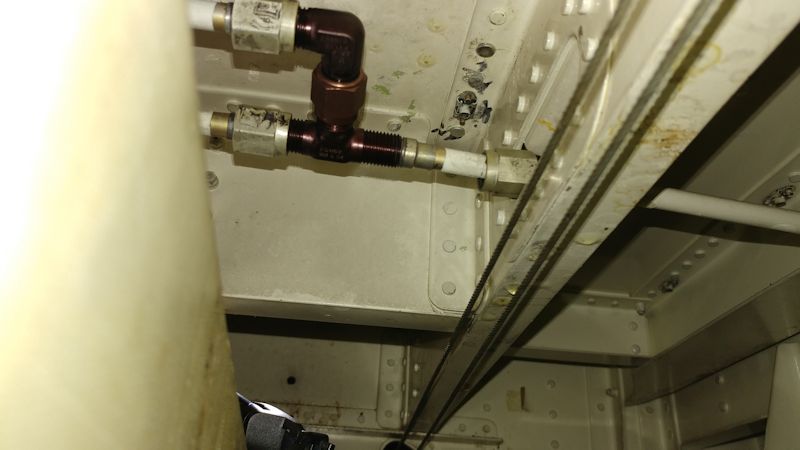 
The line from the aircraft left upper probe to the T-fitting required replacement.

Less More
3 years 7 months ago #583 by jake ounce
Replied by jake ounce on topic ATA 34-10, Static System Leak
How different would you treat an Airspeed split, as far as pressurizing the aircraft?

Less More
3 years 7 months ago #584 by Mark
Replied by Mark on topic ATA 34-10, Static System Leak
My eyesight isn't that great anymore. The bubbles where only noted on the top side of the fitting near the back and they weren't very big. Two of us old pukes looked right at the fitting and missed it. The younger guy with us caught it.

Less More
3 years 7 months ago #586 by Mark
Replied by Mark on topic ATA 34-10, Static System Leak
If cabin pressure was introduced into a pitot system because of a leak, you would see the airspeed indicator drive "up" using the differential pressure check method.
The following user(s) said Thank You: jake ounce

The crew reported a significant altimeter split at 35K.

We tied into both the Capt's and F/O's static systems at same time. A leak was very pronounced at 10K.

After doing each side by themselves, the problem was verified on the F/O's side.

With the quick disconnects off the #2 Air Data Computer, we plumbed 400 knots airspeed into the static system. Everything sprayed with leak detector down in the E&E was good. We found the leak at a elbow union above the cockpit floor. It was where the flex line attached to the probe itself meets the solid lines running down to the computer. We had a small slot to shove our hands through and the replacement was somewhat difficult. 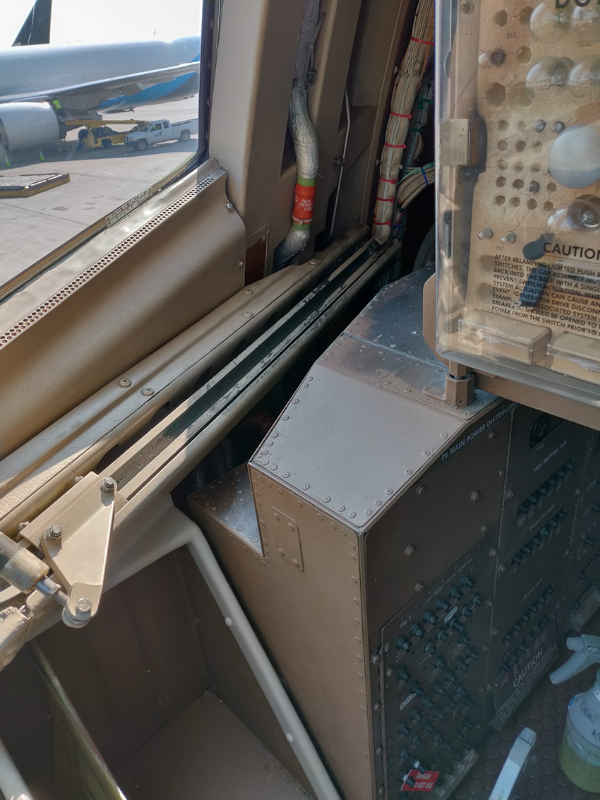 Elbow replaced. The foam is a "goodly" application of leak detector fluid. 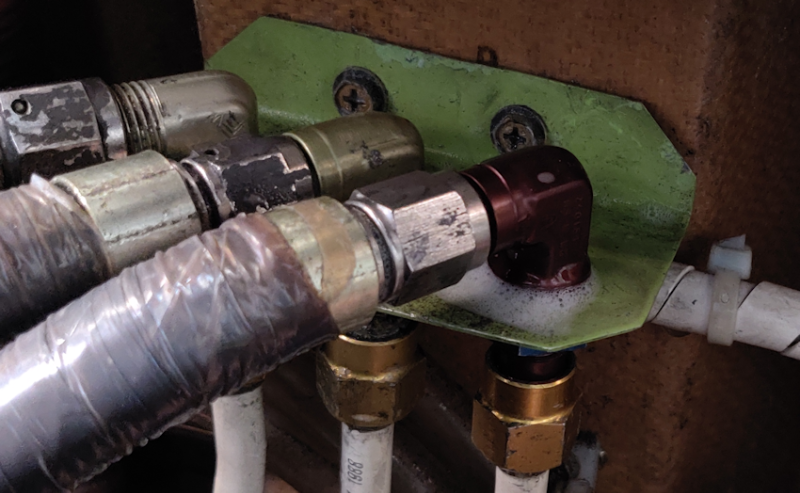 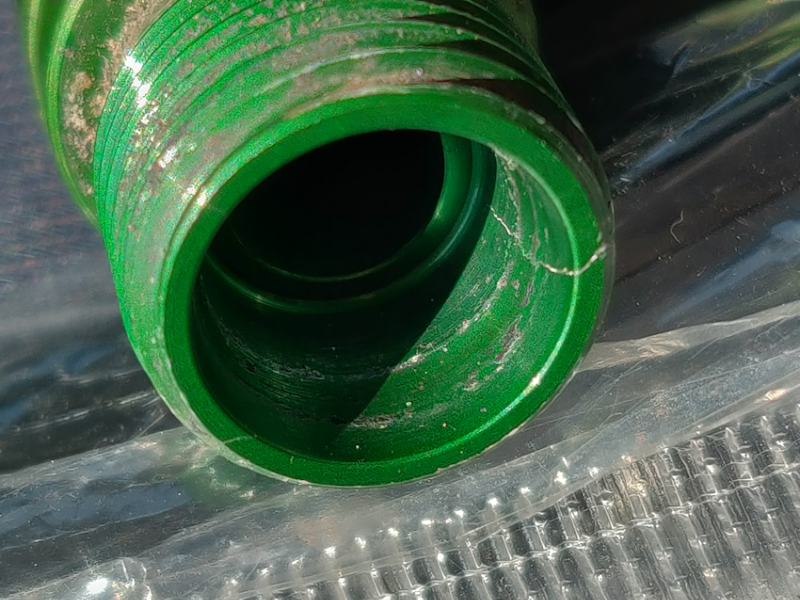