Less More
1 year 7 months ago - 1 year 7 months ago #750 by Mark
ATA 23-12, VHF Communications was created by Mark
VHF transceivers are usually pretty reliable components. The usual failure is the R/T itself, but every so often, antenna/coax faults do occur.

In this case we had neither reception, nor transmission on the center VHF Comm system. Luckily, one of the three transceivers had a digital VSWR display. Forward and reflective power on communication devices is discussed  here . Basically, damn near all of the transmitted power should be dissipated through the antenna. If there are open or shorts in the coax/antenna system, some of that power is "reflected" back to the receiver. 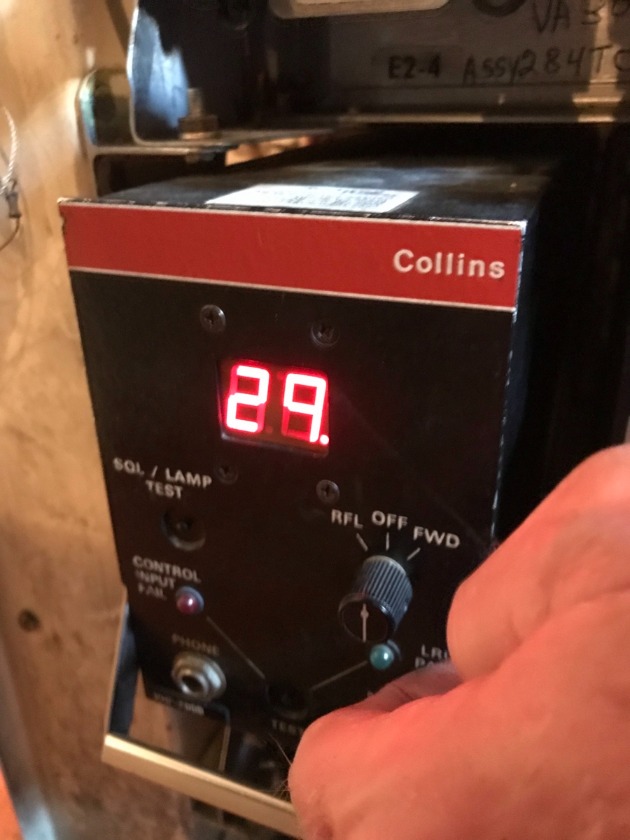 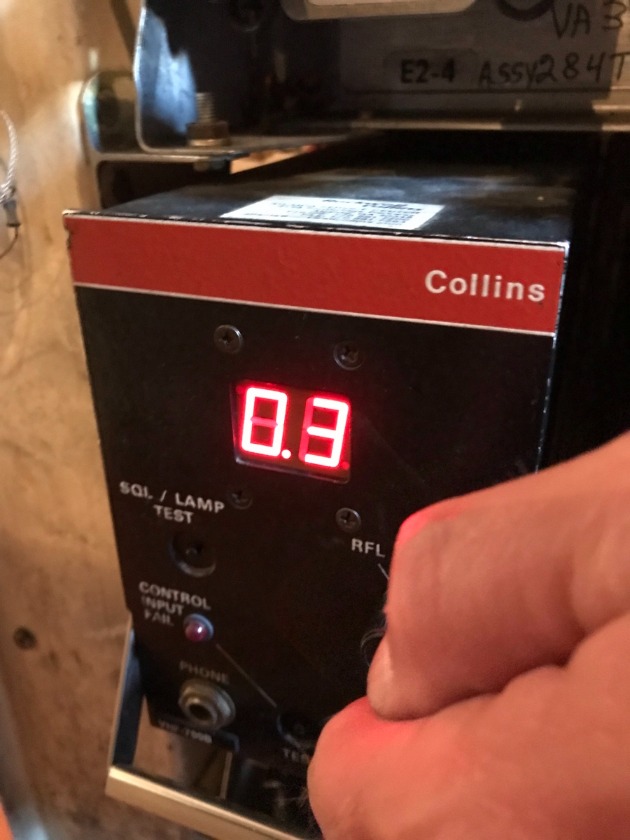 When the same transceiver was placed in the center position, we had 24 watts forward..... 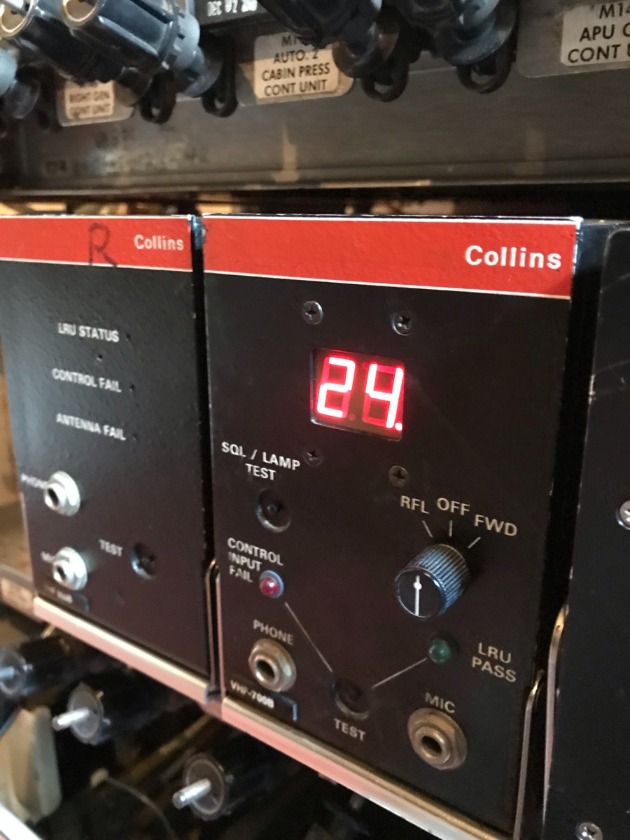 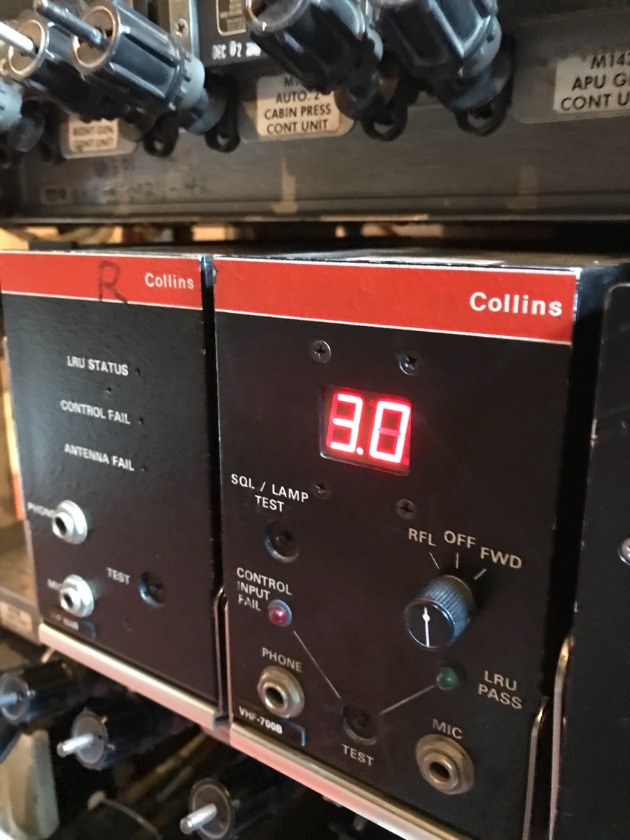 On this 767, there are two disconnects from the transceiver to antenna. One of them is located in the aft pit left lower sidewall. (Below the "DRIVEBAY D" label behind the lower "NO STEP" panel.) 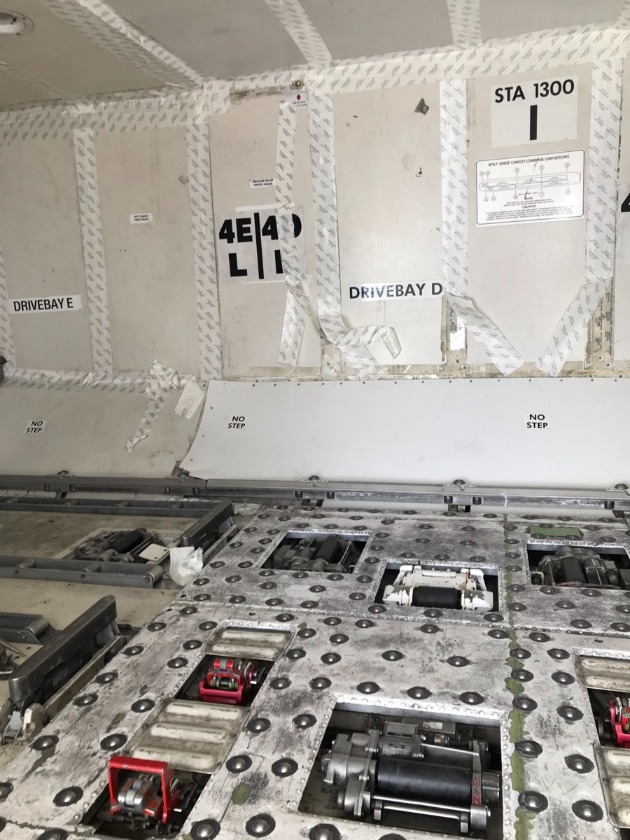 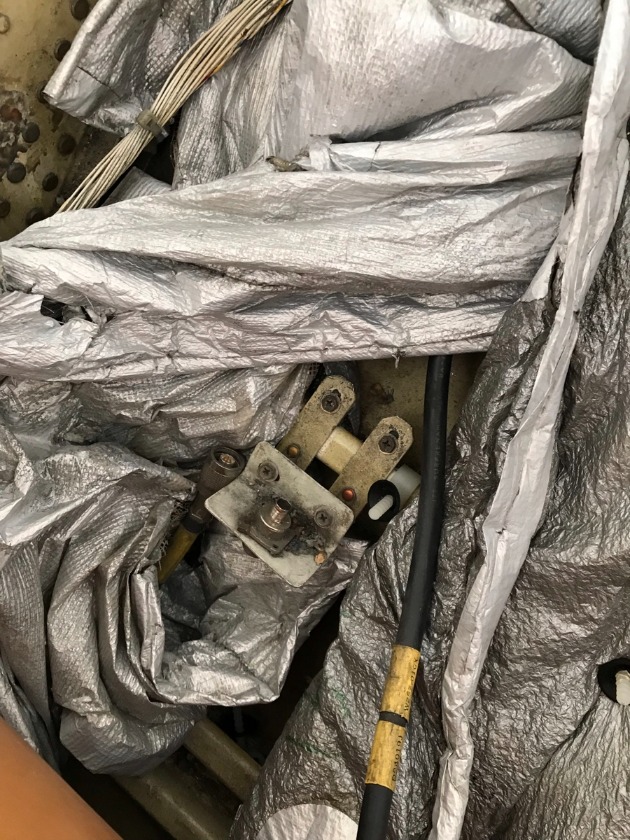 ..... and the coax center pin touching the shield crimp. (Wire has been pulled up in this image to show what we found.) 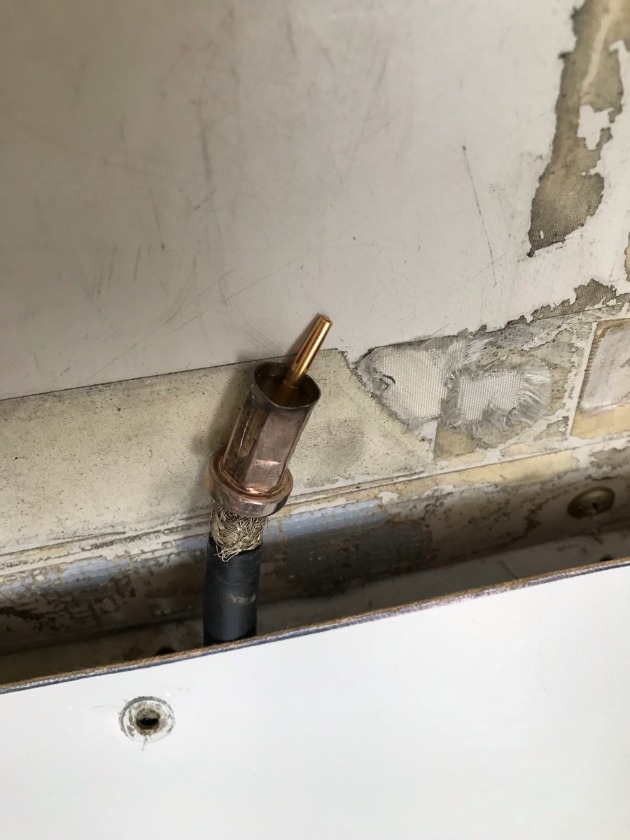 In this case, most of the transmitted power was getting shorted to ground. If it was wide open like a cut wire, reflected power would of been much higher as the signal would have no where to go, except back up the wire.

Maintenance Manual 23-12-00 states that up to 25% can be reflected back, but I'll call bullshit on that one. We barely had over 1% on a good system. I would think anything over 5% would be suspect and worth further investigation. We had 12% on this one and it didn't work at all.

Although not used with this problem, a Site Hawk would of been very helpful in locating a coax wire fault. 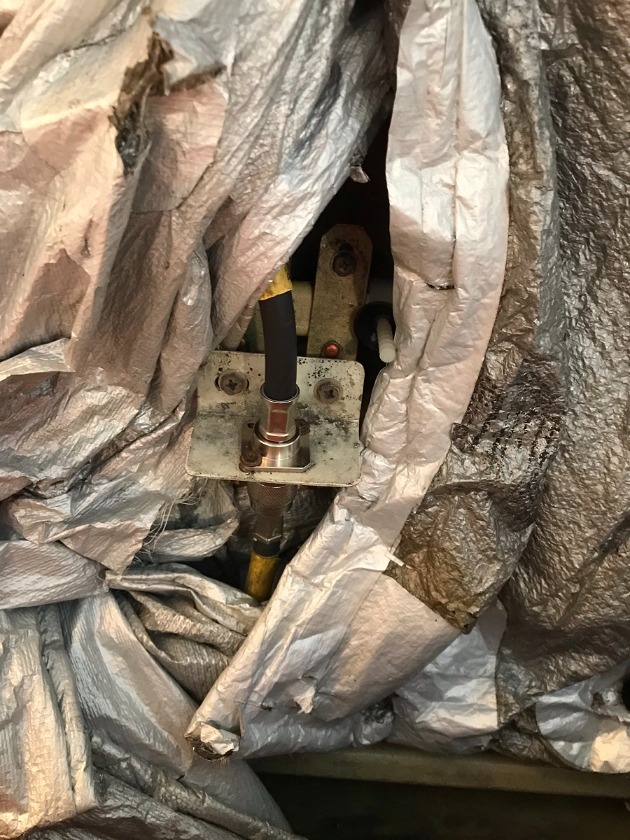 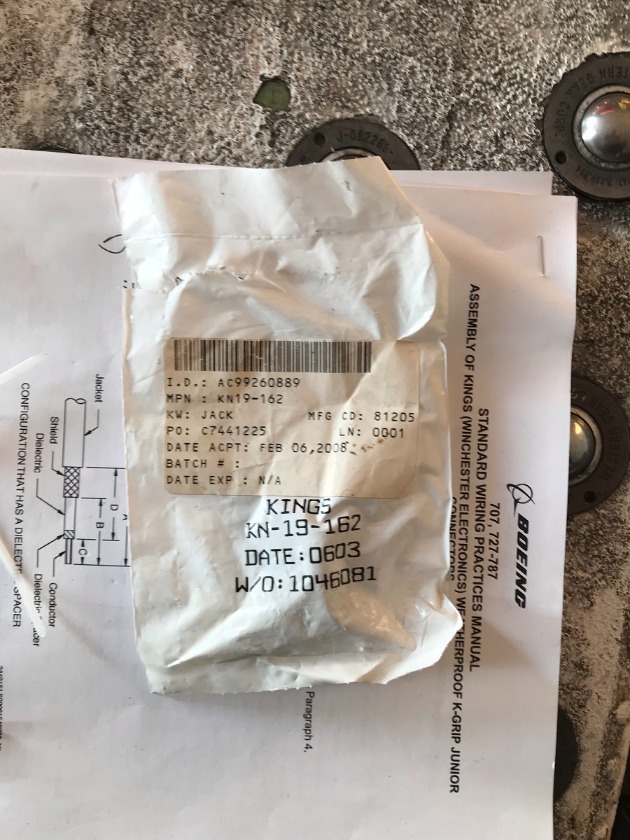 Less More
1 year 6 months ago #752 by Clipper
Replied by Clipper on topic ATA 23-12, VHF Communications
That's pretty cool self diagnostic ability there! I wonder ... was the panel over that conx dented inward? like from a ramper's foot?

Less More
1 year 6 months ago #757 by Mark
Replied by Mark on topic ATA 23-12, VHF Communications
Pretty damn good guess.
I would bet it was maintenance during heavy check when the panel was off.
A misplaced foot and ..... that's all she wrote.
No blame given Lower pits suck to work in. Getting a good foot/hand hold can be difficult.