Less More
8 years 5 months ago - 8 years 1 week ago #23 by Mark
Bendix TCAS was created by Mark
I have made mention of using any and all available tools when troubleshooting digital systems. In this case, the crew reported a #1 transponder system fail. My first thought was a power or transponder unit failure. After a swap of #1 and #2 transponders, the problem remained on the #1 side. 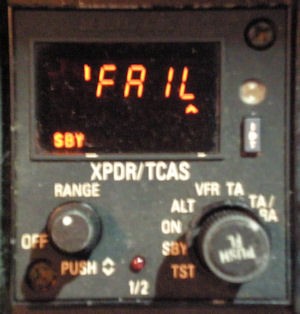 I then ran a test on the TCAS system. I had to align the IRS’s to remove the three failures related to this input (roll attitude, pitch attitude, and heading). Once the IRS inputs were present, the TCAS system indicated “OK”. This told me that the actual #1 transponder was powered up and functioning correctly. If it wasn’t, I would have had an “X1” indicated on the TCAS display. 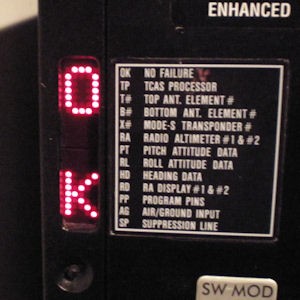 This left only one direction to proceed down for troubleshooting. The problem had to be between the #1 transponder and the control head. Sure enough, when I opened one of the control panel disconnect plugs; I had two wires that had pulled out of their pins. I was very lucky that I could figure out where each was supposed to go. I repaired them with new pins and a “service loop” wire extension (to relieve stress).

After the repair, the #1 system operated normal.

As a note: I had no wiring prints to work off of, so this could of turned out to be much more difficult if the broken wire(s) were located somewhere else than right at the panel. 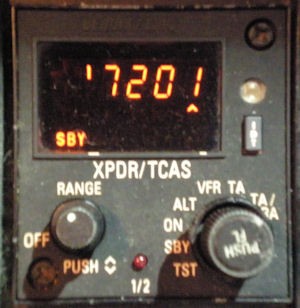 Less More
6 years 2 months ago #257 by jake ounce
Replied by jake ounce on topic Bendix TCAS
Nice fix Mark. On the flight line we normally don't have time to even quickly troubleshoot to narrow the problem. First thought is to defer if possible. Two guys get three planes each night, but I make time to troubleshoot to assure I'm deferring the correct system!