Less More
5 years 9 months ago - 5 years 9 months ago #312 by Mark
Directional TCAS Antenna was created by Mark
Inbound MEL for the TCAS being inop. Second write-up in 30 days. Flight fault showed a couple Upper Antenna "J1" faults. A replacement was sent with the aircraft.

One "nice" difference between freighters and people haulers is that there are no ceiling panels on freighters. Access to the upper antenna connectors just requires a ladder. 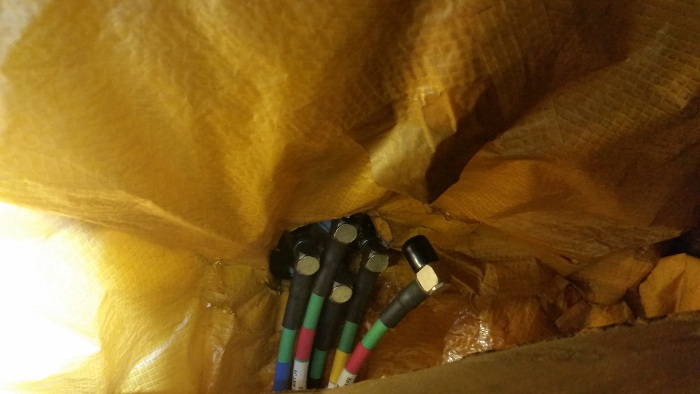 I guess you can call this lazy or smart (I'll take the latter, but the former is most likely correct), but I'm not going to drag my happy ass on to the top of a MD-11 to replace an antenna without at-least reseating the co-ax connectors. Which I did.

The system was not failing when the aircraft arrived and it wasn't after messing with the connectors. I cleared the MEL. I'll watch it for a while...... if it fails, I'll smack the egg across my face myself. 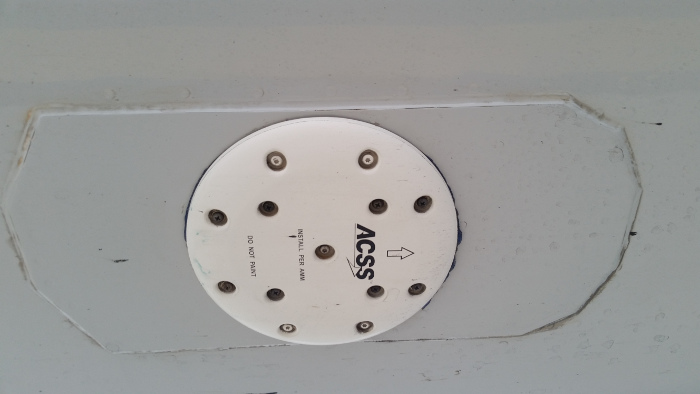 The antenna has four segments (each with its own co-ax connector). Each segment is a 90 degree pie wedge. The TCAS processor sends and receives data via the upper and lower antennas. There is a whole lot more than which pie segment receives the strongest signal from a nearby aircraft to detect relative direction. I just group this with A/C pack ACM's and describe it as PFM.

The ATC transponders use a smaller antenna that I call a Shark's Fin. 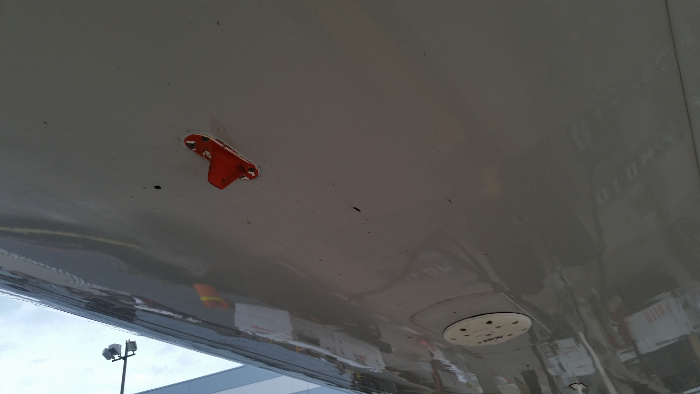 The TCAS, ATC, and DME systems transmit and receive in a very tight frequency band. 1030MHz and 1090MHz. While one is "talking", the others are suppressed. In the old days the ATC's and DME's had an external co-ax for suppression...... now, they're all incorporated in the rack plugs.


An image of the back of the TCAS antenna. Each element has a different resistance reading and each can be shot from the TCAS Processor rack plug. If this particular aircraft was failing...... I'd be doing some meter work at the rack before digging out the lift truck. 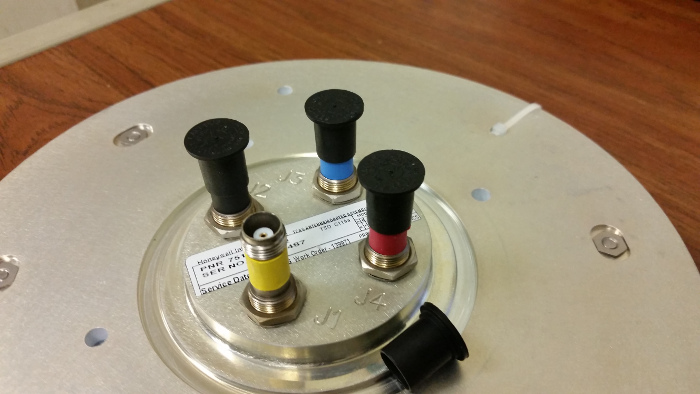 Less More
5 years 9 months ago #313 by Mark
Replied by Mark on topic Directional TCAS Antenna
I found this while digging for some more information on TCAS directional antennas.

Quite a bit of information. A little more than my pea-brain can absorb.

Less More
5 years 9 months ago #314 by Mark
Replied by Mark on topic Directional TCAS Antenna
It didn't even make it to gear up. The egg on my face is quite sticky.

Less More
4 years 4 months ago - 4 years 4 months ago #519 by PeggyLeon
Replied by PeggyLeon on topic Directional TCAS Antenna
Hi...as per my knowledge it is obviously imperative to ensure that each has the four connections coming from the correct processor backplate connector, so as not to cross an upper left antenna connection with a lower right antenna connection. I've no idea if the system is clever enough to detect this sort of numpty installation incompetence but it would always be worthwhile checking this out before throwing even more kit at the defect.

Less More
4 years 4 months ago #520 by Mark
Replied by Mark on topic Directional TCAS Antenna
The TCAS processor (to the best of my knowledge) continuously looks at antenna resistance. Because each element has a different resistance value. An anomaly would be detected immediately.

The rack plugs group the four connectors (from each upper and lower antenna) together.

I guess you could possibly mis-wire an upper/lower co-ax to the wrong rack pin, but that would be obvious when viewed from the back of the rack.