Less More
6 days 22 hours ago - 6 days 22 hours ago #836 by Mark
ATA 34-53 ATC-Mode S was created by Mark
ATC reporting systems have advanced dramatically from the days of strictly Mode "A" (four digit code) and Mode "C" (altitude reporting). Air Traffic Control could only see the aircraft by use of a rotating antenna.

We had an aircraft that was not reporting full Mode "S" information on the left ATC Transponder.

I checked it out with the  IFR6000 . From the main test screen I saw Mode "S" code and altitude and signed the system off as OK. 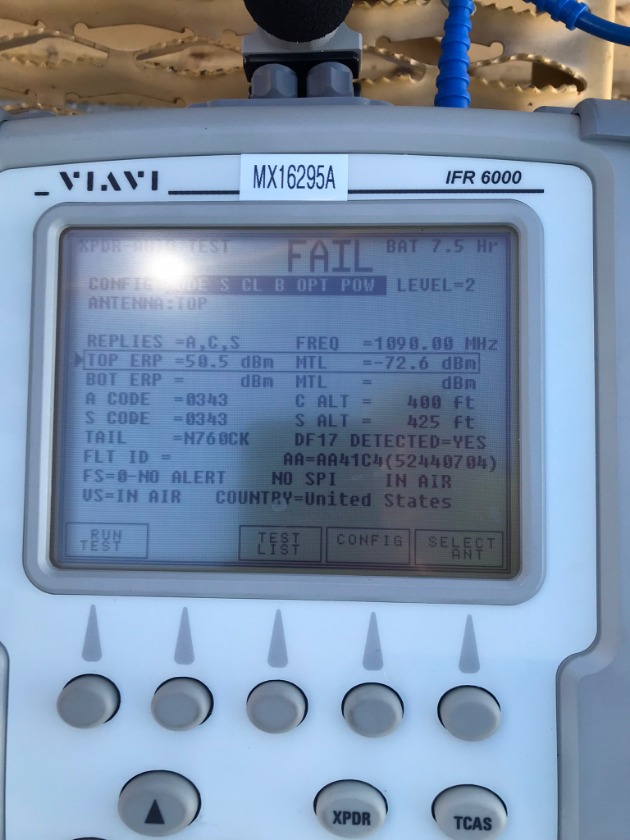 The failure indicating above is "Effective Radiated Power" as I didn't set the test unit up for antenna height and distance.

Anyway..... the problem was written up again.

On the IFR6000 there is a second (more in-depth) Mode "S" test page (which I didn't check the first time) that shows current Lat/Long position. That position was not there when checked. 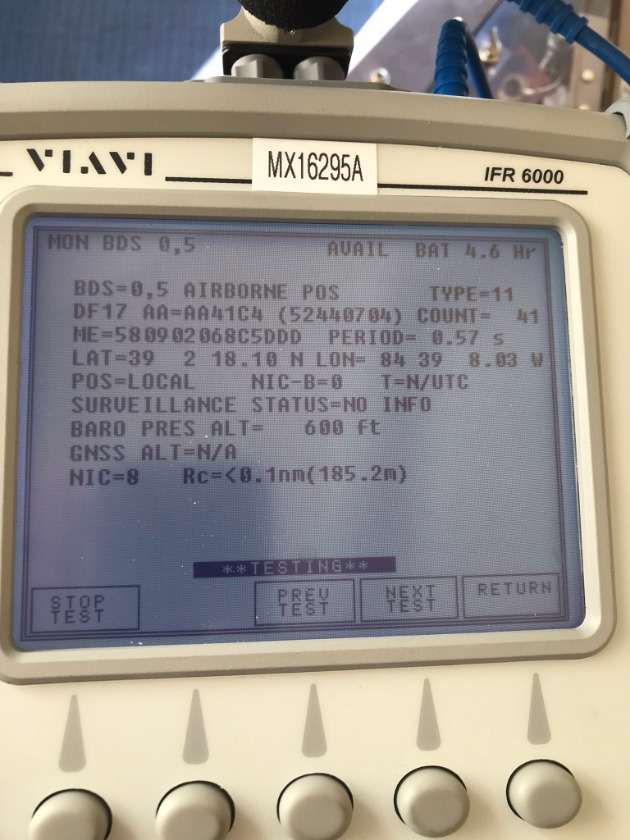 So..... where does the ATC get it's position information from? The prints did not show me.

The only way to find out was to go to the right system and start un-assing boxes until it lost its position also.

When the right MMR was pulled, the right ATC lost its position. A MMR or Multi-Mode Receiver has an ILS receiver and a GPS receiver in one unit. 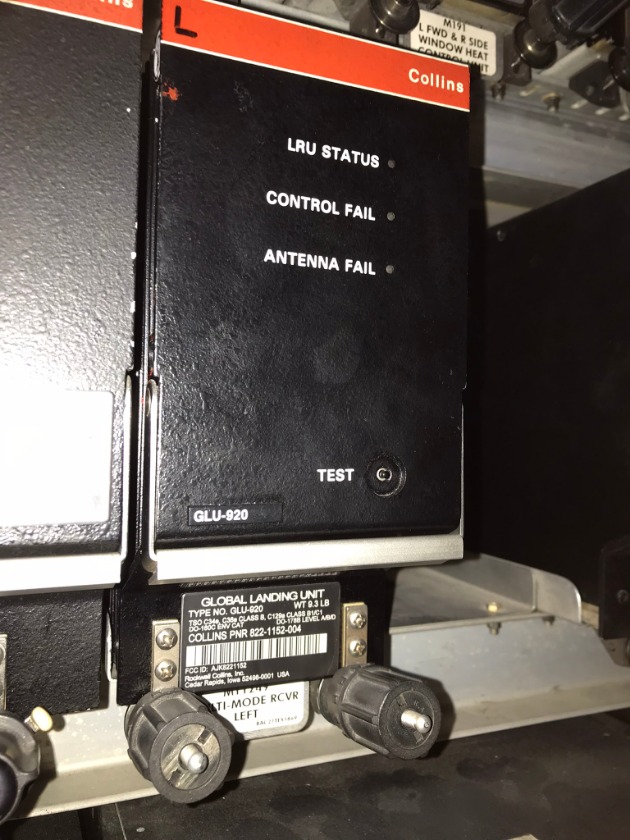 The MMR sends position information to several users. One being the FMS..... and guess what..... no GPS data there either. 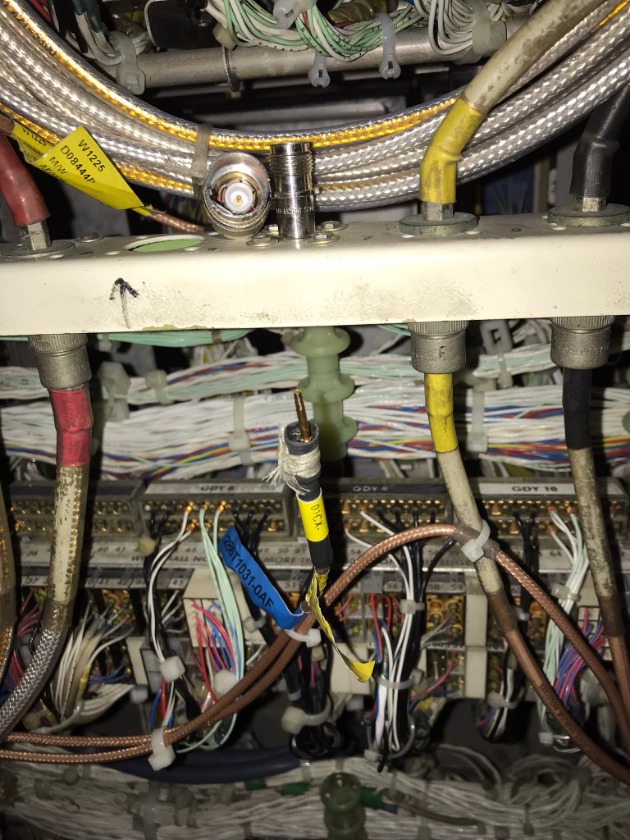 I wonder why it's open????? Could it be the rack disconnect plug has a wire hanging from it? Yes.

We replaced the jack plug. All user systems operated correctly after the repair.