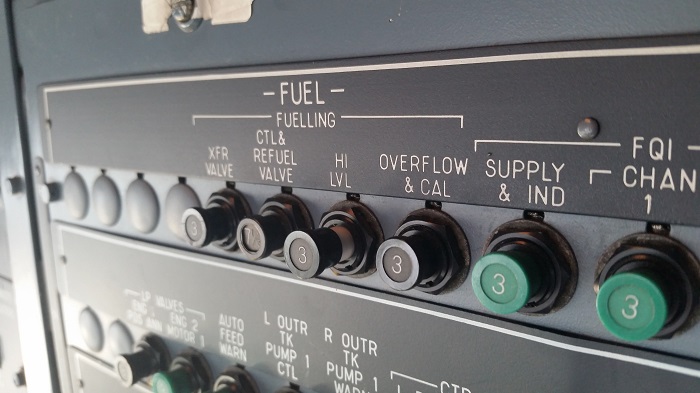 After digging into the prints, it was discovered that this breaker feeds the six high level lights and six relays that control the lights. Thinking this would be quite simple, we dropped the fuel panel to access some terminal strips to isolate the problem. 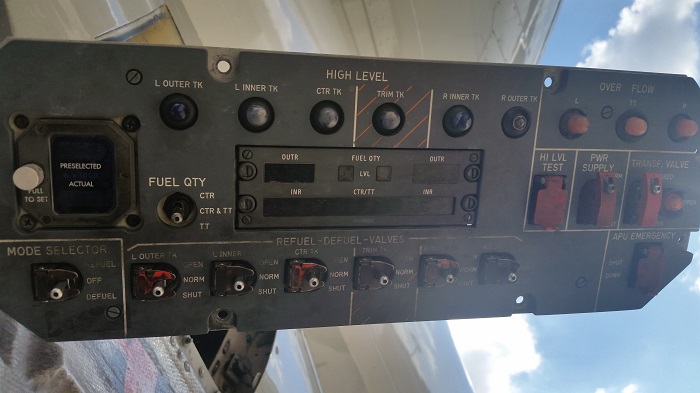 Most of the fueling system control components are mounted to the fueling panel itself. We went through the hassle of separating some terminal blocks and I removed one pin to start the troubleshooting process. With the first pin out...... no pop!! After reinsertion...... no pop. Now what??? 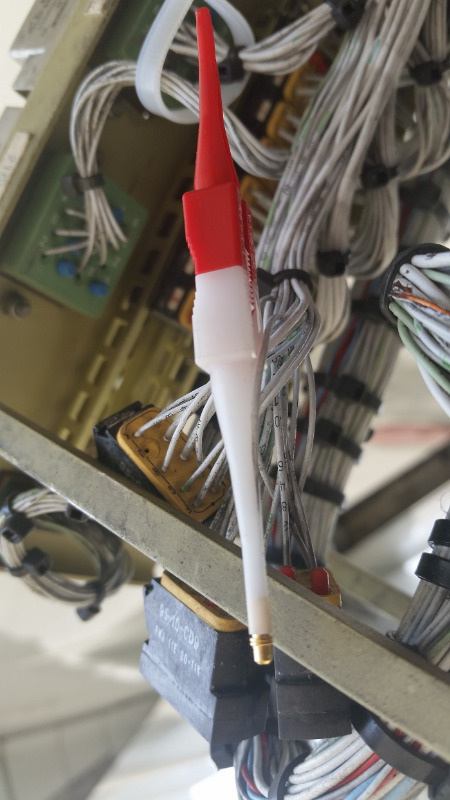 Somewhat stupified...... we put everything back together and mounted the panel. The breaker started to pop again.
We dropped the panel and took a closer look at things. It seems (although I'm not convinced) that the left outer hi level light had exposed contacts that were contacting structure with the panel mounted. We pushed down the heat shrink to cover the solder joints and wrapped the whole thing with the orange F4 type tape. After a panel mount, no pop. (It looked like there should of been plenty of clearance for all the light connections with the panel up. I wasn't about to climb into the A/C bay just to verify it.) 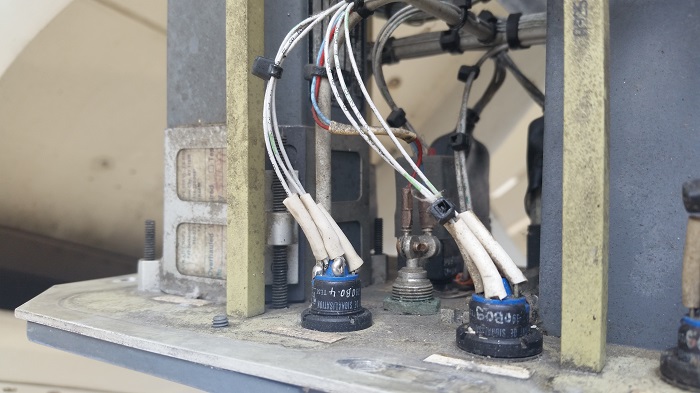 In hindsight, we shouldn't of bothered busting into the terminal blocks. The problem is either the lights or relays. Wouldn't it of been easier to pull relays and/or disconnect the lights???

The relays are mounted in a long row at top of the panel.

One thing to note...... the six relays are ALWAYS energized unless the fuel in each particular tank is at high level. This only occurs with the fuel door down, but if there was a higher point of failure..... it would be the relays. 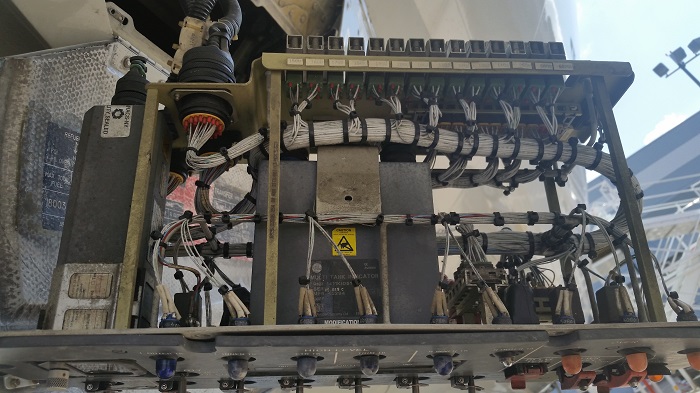 Less More
5 years 8 months ago #362 by jake ounce
Replied by jake ounce on topic ATA 28-46, Tank High level Warning
On the flight line we see a lot of High Level lights illuminated with no fuel in the tank. Defer it for further troubleshooting. This is a common problem with the Airbus!!