To start with, on pre-flight power up I noticed three fuel pump "OFF" lights extremely dim on the overhead pump panel. The lights would test full bright with the master dim and test switch. We had a blueprint aircraft on the ramp so I tried another pump panel assembly, no help. After reinstalling the original panel I noticed that when any of the affected pump switches was pressed on, the pump "FAULT" lights would come on...... no pumps either?????

By then my lead was working the problem with me. I suggested we pull a pump relay and look at the coil voltage. We found that to be 12VDC. OK..... we have a power input problem.

With prints in hand we checked numerous "end use" breakers which all showed the same 12 volts. Down at the 50 amp feed breaker, we had 12 volts on both sides, but when I disconnected the load side, the voltage jumped to 28.

I was dead set on a high amperage draw downstream and I began pulling the cockpit jump-seat to gain access to (my favorite three words in aviation) a downstream terminal block so that I could further isolate the high amp draw.

My lead suggested checking upstream before I gutted the cockpit. I'm glad he did.... this is what we found. 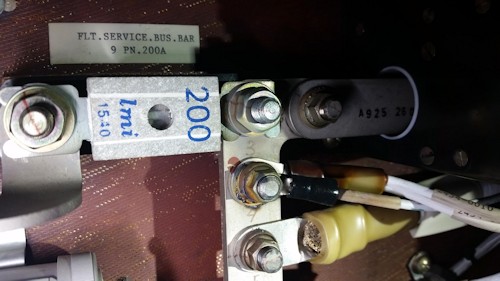 A mounting nut was loose. There was enough of a connection to give us 28 unloaded, but as soon as even the lightest load applied, it dropped to 12.The wires showed signs of heat damage and the nut itself was falling apart. 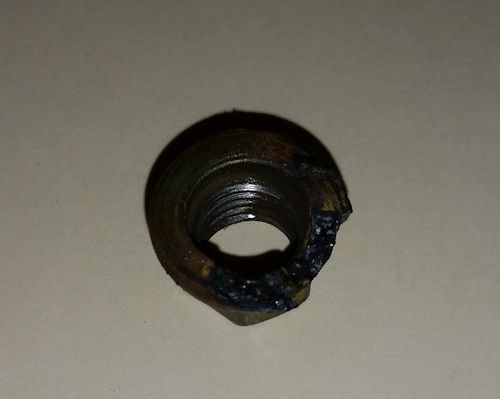 The wires themselves were OK and the terminals needed a wire brush cleaning. 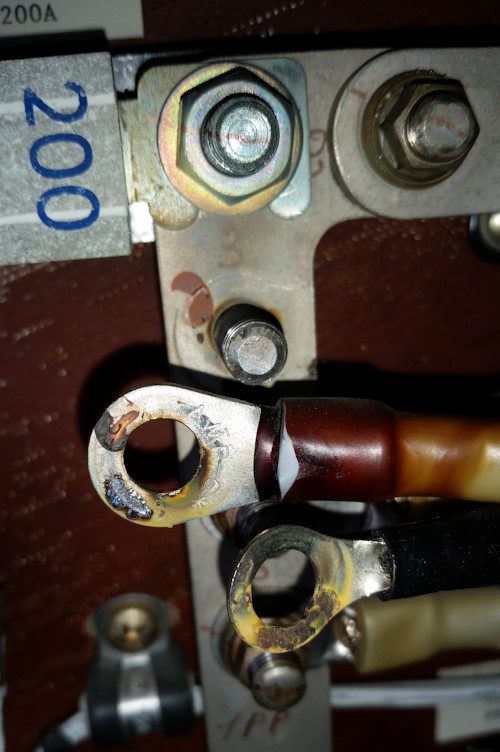 We installed a replacement nut, but it was not the exact type called out in the IPC. An EA was issued for flight and the nut was replaced the next day. 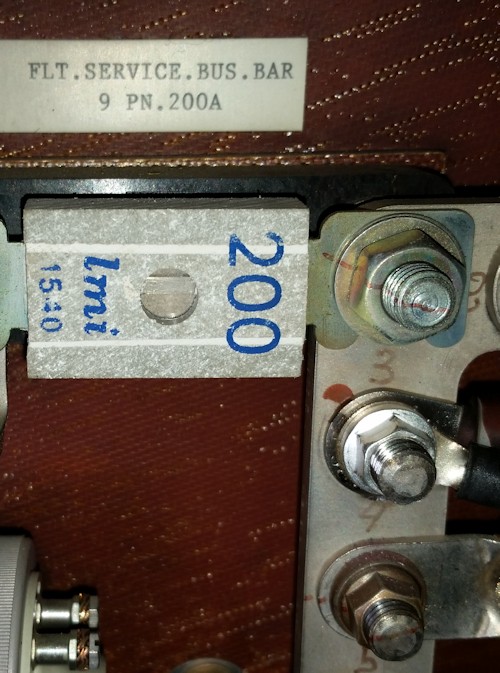 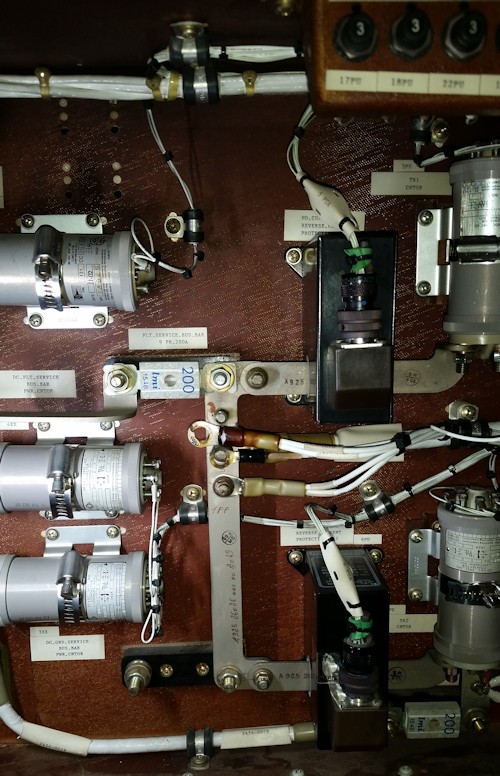 I was dead set on this being a downstream issue and I would have torn up a whole bunch of crap just to "not" find the problem. Sometimes it takes a second opinion to get you back on the correct path...... it's worth it to listen.

This is the second Airbus power distribution issue I've seen in the last year and a half. Hopefully this won't be a growing problem.