Less More
4 years 8 months ago - 1 year 11 months ago #334 by Mark
Static Wicks was created by Mark
A short and sweet explanation about static wicks (to the best of my knowledge). 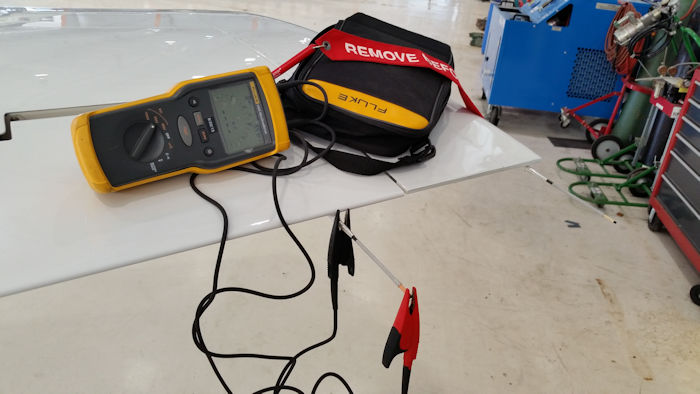 So...... what are they there for? Static wicks provide a high resistance discharge path for the p-static that builds up on aircraft skins during flight. P-static is more pronounced while flying through rain, snow (hopefully not) hail, or dust.

The reason for a "high resistance" path is to allow the static to dissipate slowly and continuously instead of the more pronounced pop or flash of a large discharge. It is the more controlled discharge that helps the VHF/HF radios to have readable audio, free of static noise. VOR, DME, and ADF receiver audio can also be degraded by uncontrolled static discharges.

A good way to understand this is to look at lightning rods and car radio antennas (the old type with the ball on top). Lightning rods all come to a point at the top. This point acts much in the same way as a static wick. It dissipates the electrical potential difference between the structure it's on and the atmosphere above. With no (or lessened) potential difference...... no lightning strike. On older classic cars (and even some new ones), the radio antenna have a ball on top. This ball does the exact opposite of what a point does, it prevents static discharge, keeping the radio (especially the AM band) free and clear of those annoying pops. 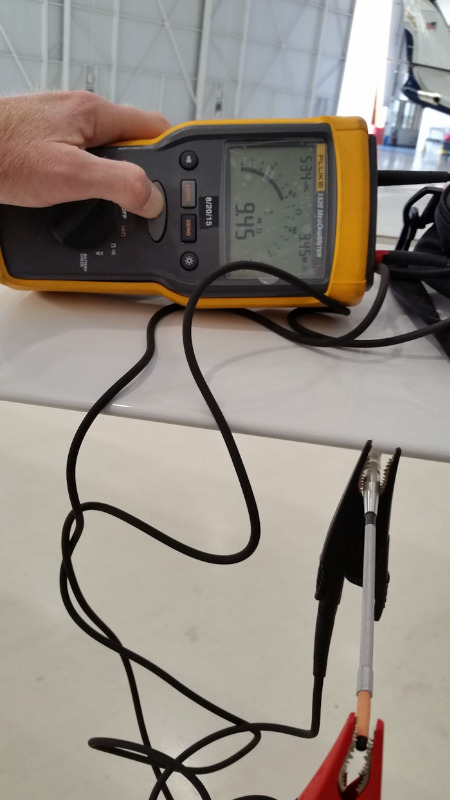 Aircraft have timed interval checks on all the installed static wicks. This check usually verifies two items. First is the resistance of the wick itself. This reading is taken from the base to the tip. This particular Cessna asked for a reading between 6 to 200 Meg Ohms. The second check is to make sure the wick base has good bonding to the structure it is mounted to. This reading is taken in milli-ohms. Poor bonding basically renders the wick useless.

Both the meg-checks and the milli-ohm resistance checks can be accomplished with one of the newer type Meg-Ohm meters out there. An explanation of the meter itself can be found here. ("Zeroing" out the test leads for a milli-ohm check should be accomplished often during a complete aircraft wick base bonding check.)

Less More
4 years 8 months ago #335 by Mark
Replied by Mark on topic Static Wicks
A great article about fixing crew reports of p-static can be found here .

Less More
4 years 8 months ago #338 by jake ounce
Replied by jake ounce on topic Static Wicks
Awesome information Mark!! I wonder how many static wicks must be bad before radio problems begin, on a large aircraft? Haven't seen this problem too often, yet.

Less More
4 years 8 months ago #339 by Mark
Replied by Mark on topic Static Wicks
No issues as of yet on commercial aircraft. I've seen plenty on corporate aircraft.

The biggest problem I've seen on the big boys is busted wicks and the ones on the MD-11 rudder are "way" up there.