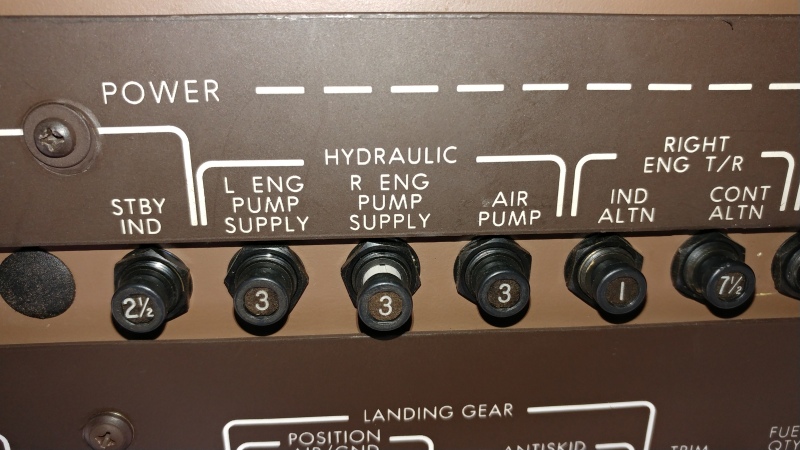 This breaker controls a shut-off valve for the right engine supply (return) line to the engine driven pump.

The valve is located on the left side of the #2 pylon. It is at the forward most section inside the access panel. 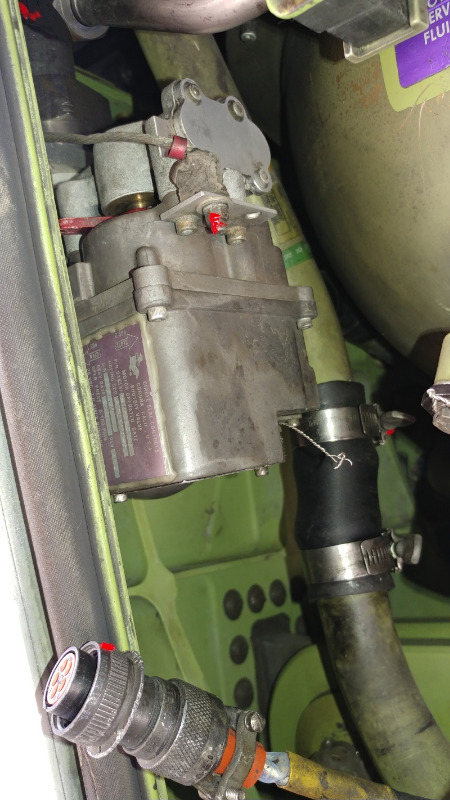 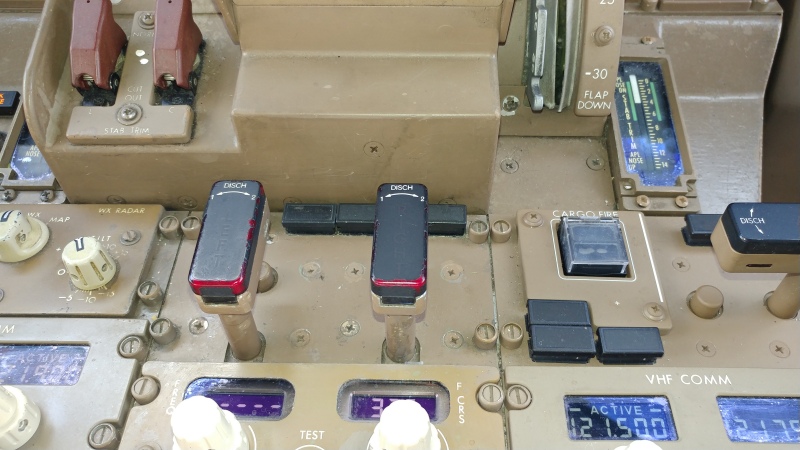 There are only three wires going to the valve. Open power, close power, and a ground. We did find the ground pin pushed back in the plug. After it was pushed up and locked, the breaker still popped. (Even though the ground pin was back, the valve is case grounded also.)

To access the valve for replacement, two panels must come off. 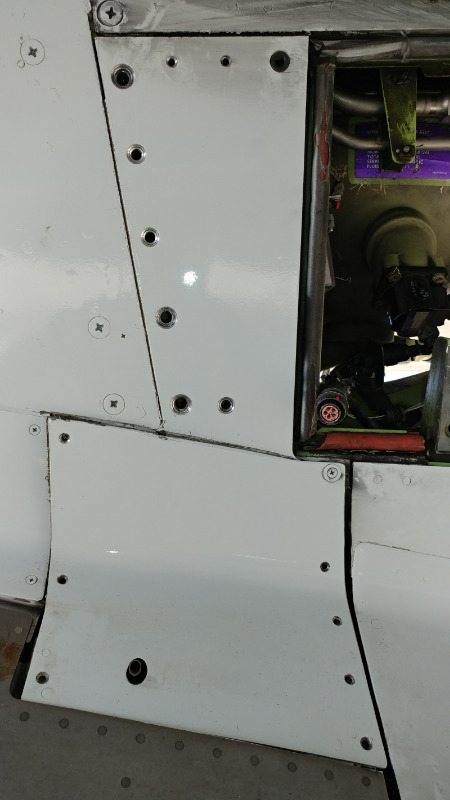 One screw for the upper panel is located behind the lower. 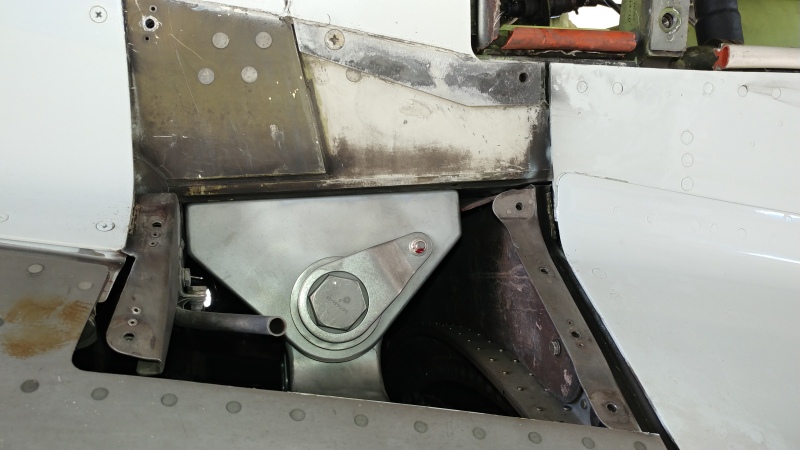 The valve itself slides in between two hydraulic line flanges Only two adjoining bolts require removal (the easiest ones of course, are the ones visible in this picture. (We did have to loosen the upper flange nut to allow the bolts to catch a flat for clearance. The nut is 2".) 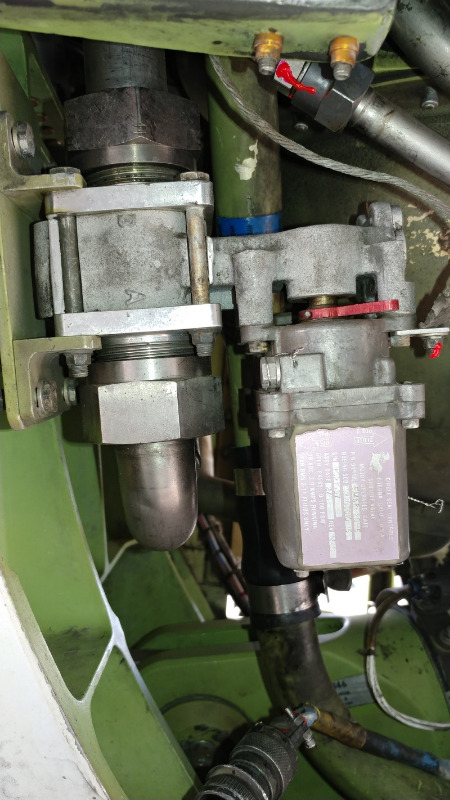 The hydraulic reservoir DOES need to be drained. There will be fluid present when the valve is slid out. 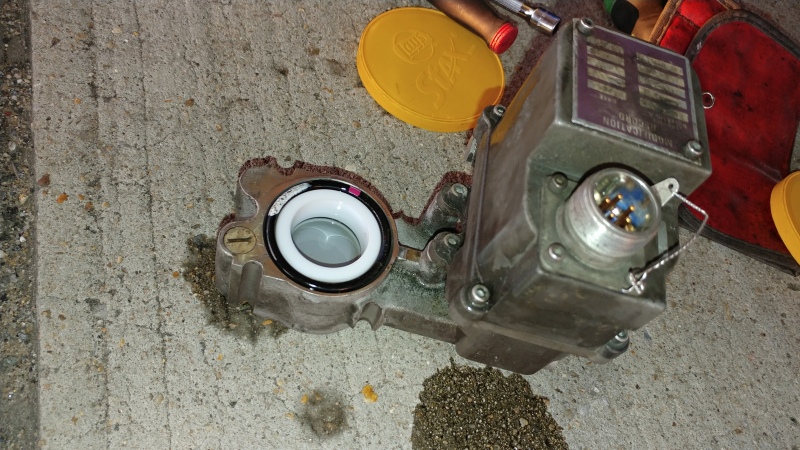 As a note: When the fire handle is pulled, the shut-off valve is command closed along with the pump's de-pressurization solenoid. The solenoid prevents the pump from burning up from lack of fluid. The crew can manually de-pressurize the pump via a control switch on the cockpit overhead.

Less More
4 years 4 months ago #527 by Mark
Replied by Mark on topic ATA 29-11, Engine Hydraulic Shut-Off Valve
An explanation of valve operation can be found here.