The 767 has two short fuel probes located in each wing's surge tank located at the very outboard side of each wing.

If these probes have fuel on them the Fuel Level Sensor Control card will remove power from the fueling valves.

The system keeps fuel from puking out of the wing tip onto the ground.

The actual probe is not visible in this image. It is located behind the panel that has the terminals on it. 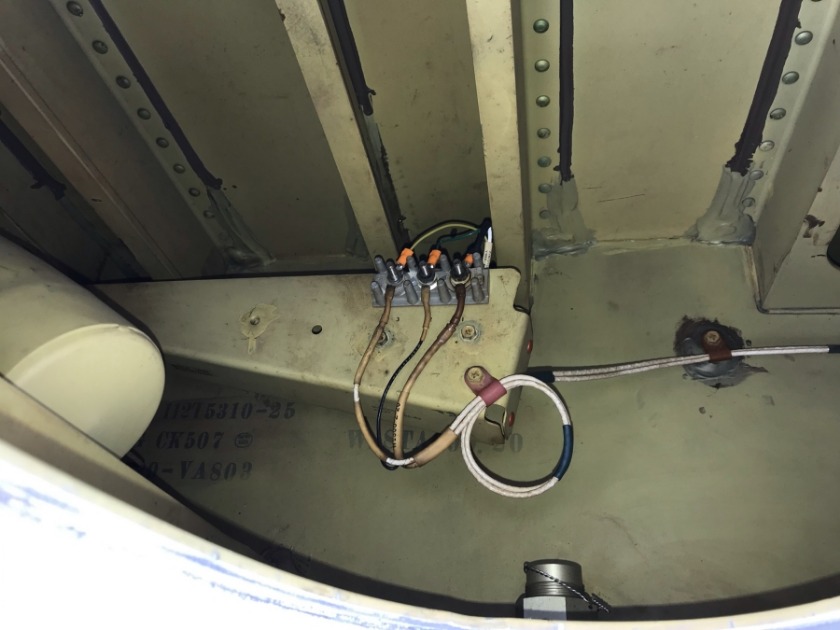 The card is located in the P50 panel. If the card doesn't sense fuel on either probe, it provides a ground on pin 3.

The probes are just like regular tank probes. As a guess, I'd say they are about 5 inches long. A dry probe has a capacitance value between 6.5pF to 8pF.

Fuel quantity probes (approximately) double their capacitance when they are submersed in fuel.

The easiest way to troubleshoot this type of problem is to pull the card and ground pin 3. 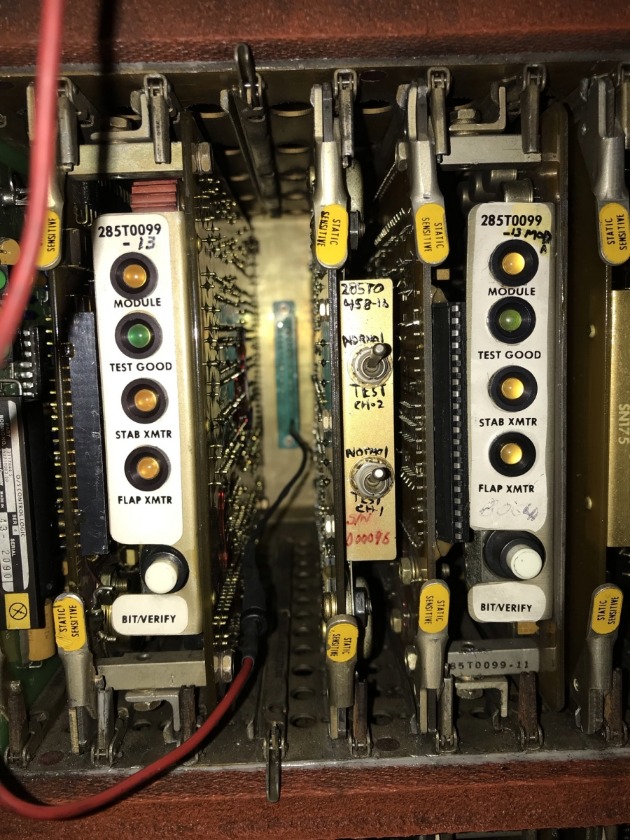 The circuit is below.

K357 is just a power transfer relay. Power is normally supplied by the ground holding bus, but battery power can be used also.

K180 has a 1.1 second time delay before energizing. During this short time, the card looks at the probes and provides the pin 3 ground.

The ground path for K181 initially goes through A3-A2 contacts of K180. After the 1.1 seconds, that ground path is removed.

K181 will have a new coil ground path through its own A3-A1 contacts and pin 3 of the card.

As long as the card doesn't see fuel on the probes, that ground path will keep K181 energized and power is available for the fueling valves.

If fuel hits the surge tanks, the card drops pin 3 off. K181 relaxes and power is removed from the valves.

The second path coming off X2 of K181 is the ground provided by the reset switch if it is pushed in at the panel. (Fuelers get frustrated if they have to keep pushing this button throughout the fueling process. No overflow protection is available either.) 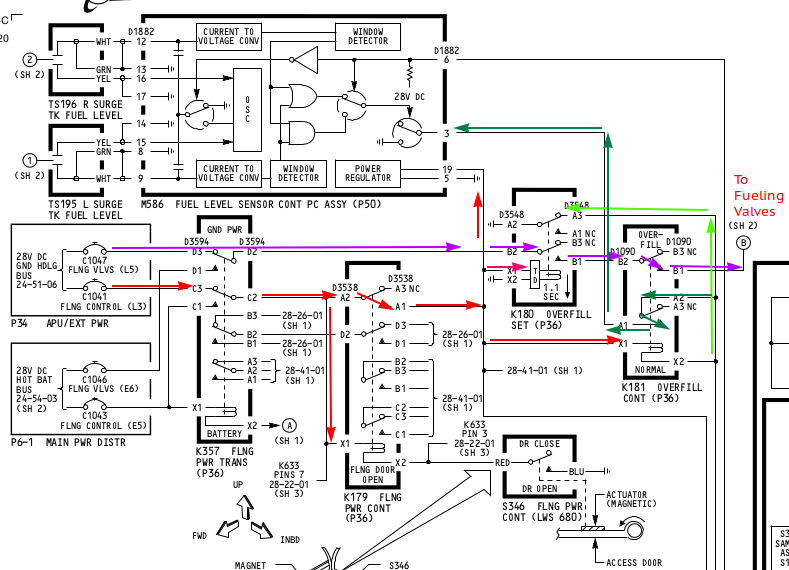