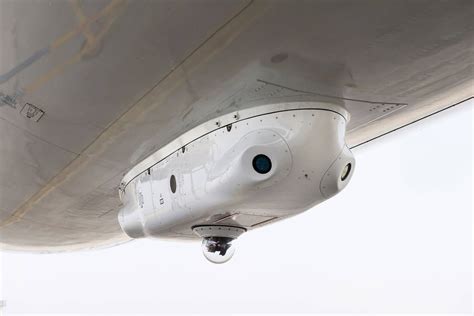 American cargo airline FedEx is seeking permission from the Federal Aviation Administration (FAA) to install a laser-based missile-defense system on its cargo aircraft.

In the filing dated January 7, 2022, the Department of Transportation of the Federal Aviation Administration confirmed that FedEx had asked permission to modify the Airbus A321-200 aircraft by installing the system.

In the document, the FAA stated that FedEx applied for a specific type certificate, which would allow the company to modify the commercial transport-category plane in October 2019. At the time, FedEx asked permission to install “a system that emits infrared laser energy outside the aircraft,” the FAA filing reads.

There have been a number of incidents in recent years where civilian planes have been targeted by man-portable air defense systems. As a result, laser-based missile defense systems began to be installed on aircraft in order to protect them against heat-seeking missiles.

However, the FAA shared safety concerns about the implementation of such a system.

It continued: “Infrared laser energy also can affect other aircraft, whether airborne or on the ground, and property, such as fuel trucks and airport equipment, in a manner that adversely affects aviation safety.”

The FAA, which is the largest transportation agency in the US, also outlined that it could approve design features on the Airbus A321-200 jet and allow FedEx to install the modifications if the system is equipped with “means that prevent the inadvertent activation of the system on the ground”. The company will also need to ensure that the operating the system during the flight does not pose a risk to other aircraft or people.

In the meantime, the FAA is also required to place the laser system safety-related information at the location of the laser installation as well as to provide necessary instructions and warn over hazards associated with exposure to laser radiation.

“The airplane flight manual supplement (AFMS) must describe the intended functions of the installed laser systems, to include identifying the intended operations and phases of flight. The AFMS must state: CAUTION: The operation of the installed laser system could pose a significant risk of injury to others while in proximity to other aircraft, airports, and populated areas,” the FAA determined.

However, FedEx does not currently operate any Airbus A321-200 jets. The recent FAA filing could imply that the airline is planning to purchase aircraft of this type.