After cutting tie-wraps and spreading things apart, we could see that we were dealing with a serious arcing event. 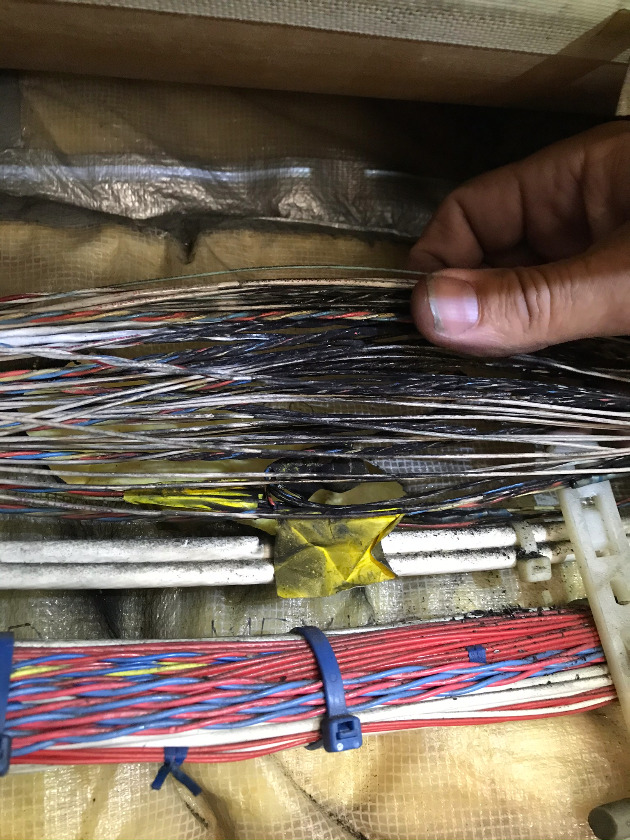 Each wire in the bundle had to be cleaned and inspected.

In total, we had 7 unshielded twisted trips, 2 shielded twisted pairs, and 5 single conductor wires sliced completely open or showing signs of stress. 6 of the twisted trips were three phase power wires for the PDU's (Power Drive Units) used for cargo handling (we had six corresponding breakers popped on the forward lower cargo power distribution panel). Our DFDAU 28VDC accelerometer (power and return twisted pair) was burned in half.

The image below shows the damage to a couple of the twisted trips. The ends of these wires had metal globules that pretty much verified that they had melted. 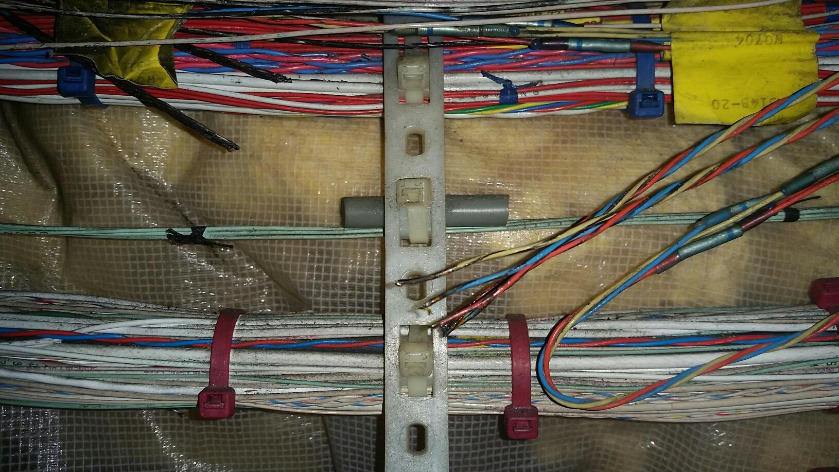 This image is poor, but it shows what I believe to be the culprit pair of wires. These two twisted pair wires had their insulation burned off exposing about an inch of bare conductor. The blue wire is open. The red was hanging on by just a few threads. 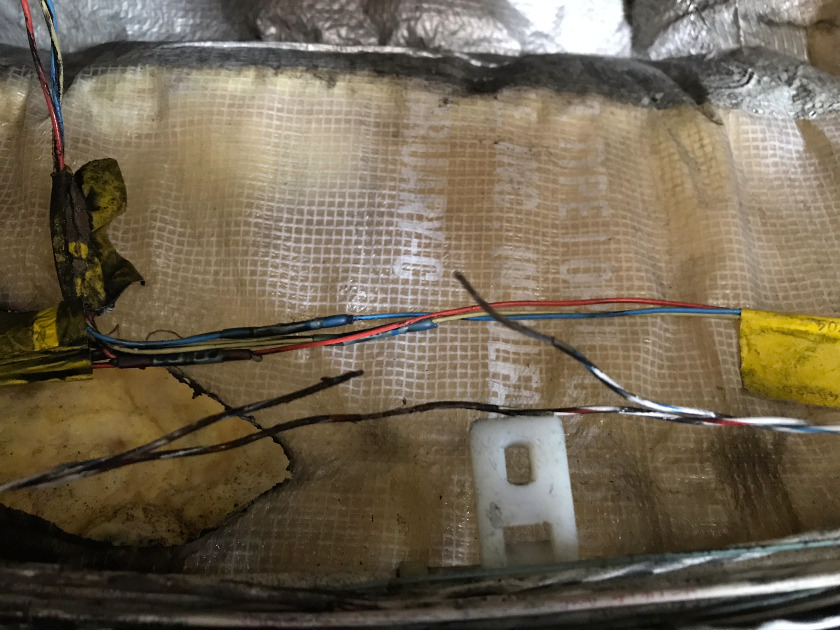 I think the blue wire exploded and sent out a "wedge" of heat and energy that damaged all the wires in its path. We didn't open up and examine the layout of the wires vs damage like we should have. The damage could have been circumferential, with all the immediate surrounding wires damaged. The fact that the red wire was still together leads me to think the wedge is more likely.

This wire pair was verified to be the power and return 26VAC excitation to the Right A/P Aileron Actuator LVDT (all right auto-pilot systems were inop and on deferral before we started our troubleshooting). It was the blue (power return) wire that let go.

These two wires and several others in the bundle were Kapton wires. The history of this particular kind of wire is not good. The damage that we observed seems to fit right along with the experiment below. (Go to 6:23)

The Kapton wires that I have encountered in the past have had a thin amber wrap around the conductor itself. Similar to what is shown below.

I could be wrong in my conclusions above, I'm just laying it out as I see it.

Less More
9 months 3 weeks ago #711 by Clipper
Replied by Clipper on topic Kapton Wiring
Events like this always left me wondering...Why did it pick that spot to fail? Previous repair? Bracket interference? Manufacturer defect?

Less More
9 months 2 weeks ago #714 by Mark
Replied by Mark on topic Kapton Wiring
Absolutely nothing in this area to induce the event.