Less More
5 months 2 weeks ago - 5 months 2 weeks ago #798 by Mark
Time Delay Module was created by Mark
We had a problem with a 767-200 Thrust Reverser Indication system in which the "T/R ISO Valve" light on the pedestal was illuminated for a few seconds after the reverser had fully stowed. 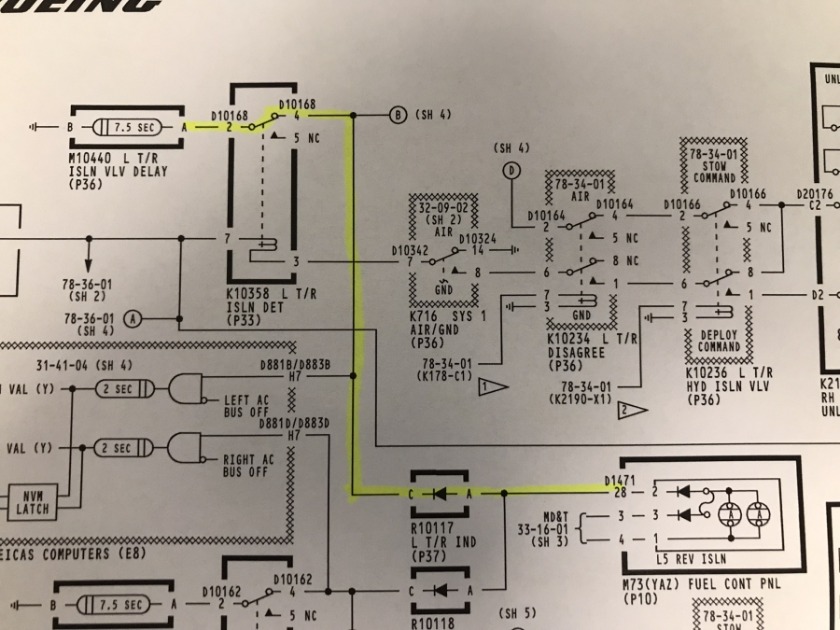 767-200 thrust reversers use hydraulics instead of pneumaics (as found on newer engines) for T/R sleeve deployment and stow.

Here is an example of thrust reverser operation. In this case, a pneumatic system installed on a 747.

With the 767 hydraulic T/R system, there is a lag time for the actuators to show stowed and for the pressure switch to signal that the pressure has dropped off. During that lag time, relay K10358 is relaxed providing a ground path for the light. It will energize when all the engine T/R functions have completed.

The light being on along with the associated EICAS message during T/R transition would cause a nuisance warning for the crew during the landing phase of flight.

Boeing solves this issue with a Time Delay Module inline with the ground path for the light. 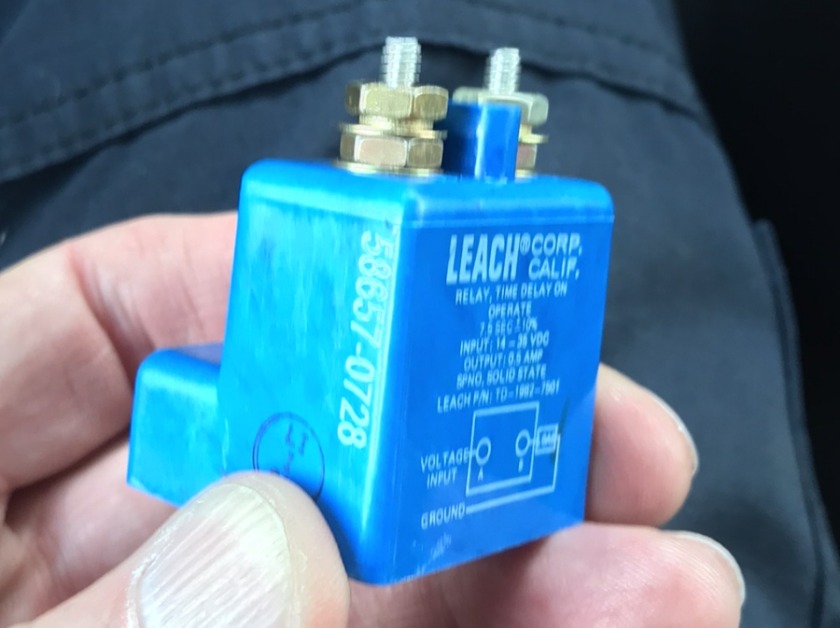 This module prevents current flow for a set time period. They can have different delay times. This one is for 7.5 seconds.

If the module prevents current flow during the T/R sleeve transition for 7.5 seconds, no warnings will be seen by the crews.

During troubleshooting, I jumpered the module in question. That was a useless attempt and totally defeated the purpose of the time delay module. 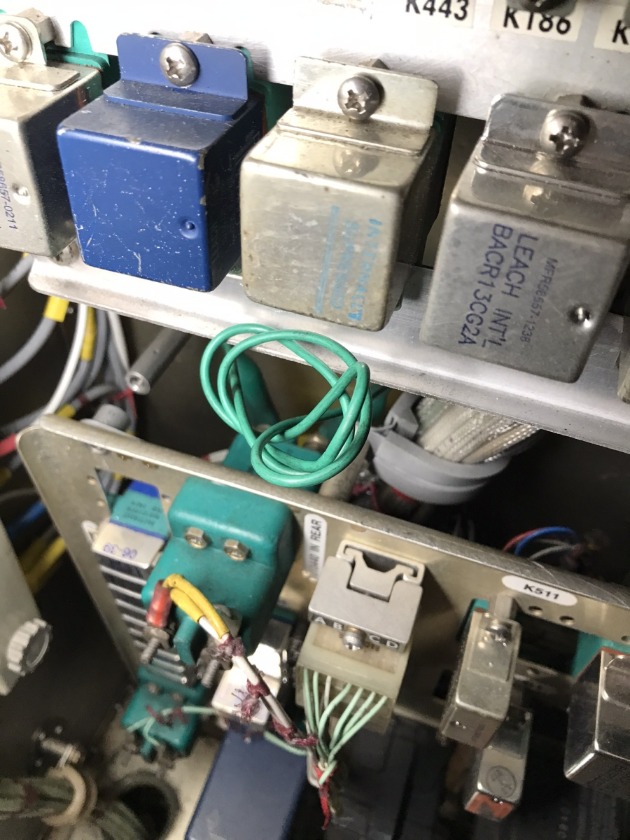 I figured the best way to check one of these things was to put my meter "inline" with the system using the amperage function to measure the bulb current. This was done by removing K10358, and using pins 2 & 4. 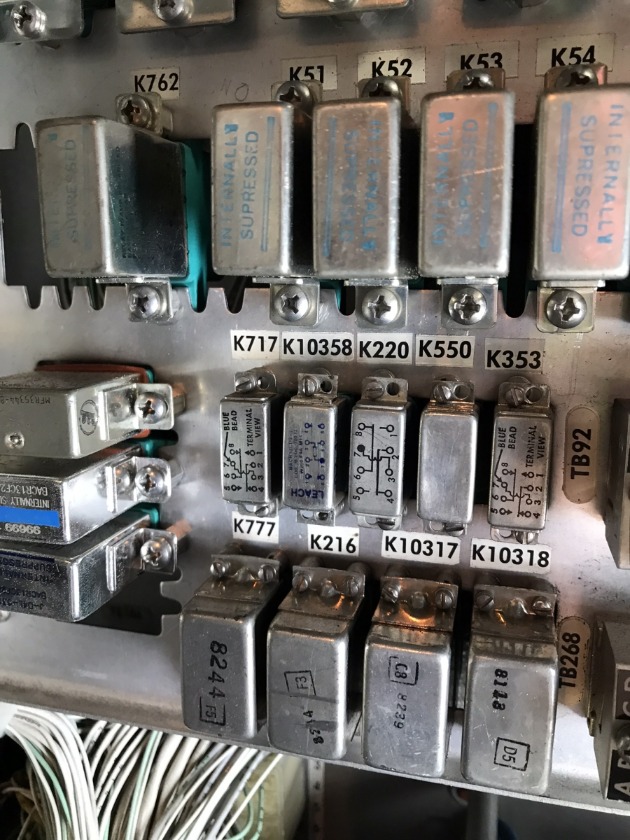 As can be seen, the module was "not"  stopping current flow for 7.5 seconds. As soon as I plugged in my lead, current was flowing and the light was on.

A replacement module corrected the issue.