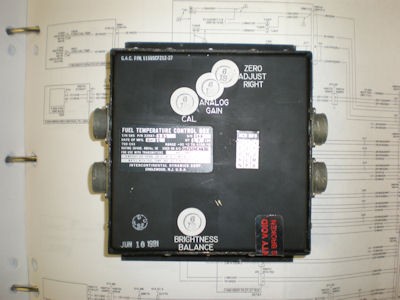 There is a very simple way of isolating a control unit, indicator, or sensor failure when troubleshooting GIII "vertical bar" indicators for fuel temperature, oil temperature, and oil pressure. These systems are manufactured by Intercontinental Dynamics Corporation. The cost of these units can be quite prohibitive, so isolation of the problem to the actual fault is essential. 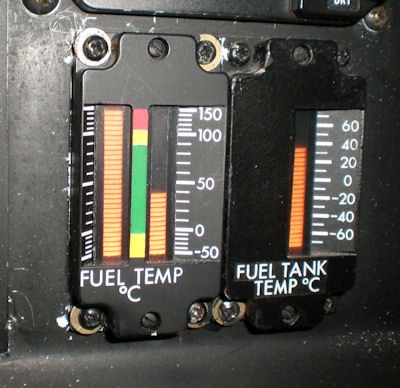 When looking at the control box from the plug receptacle sides, it can be noted that the plugs have the same "key" pattern. The only difference is that they are mounted 180 degrees "out" from each other.

System power and sensor inputs use the plugs on one side of the unit. Indicator outputs use the opposite side's plugs. 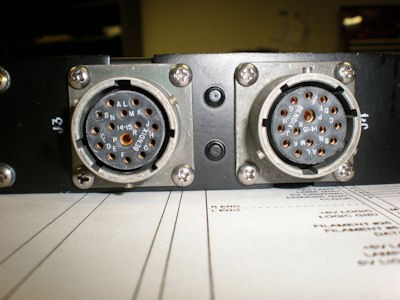 This particular aircraft had a problem with the left indication pegged out high. The control box was removed from its mount and turned over. When the plugs were reconnected the problem had moved to the right. In this case, the control box was at fault. 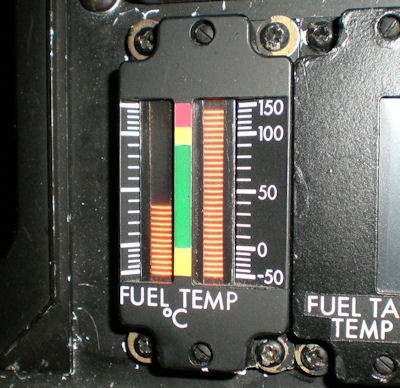 If the problem remains "on side" after all the troubleshooting steps have been taken, then the most likely cause is a wiring issue on the indicator output side. ( A broken wire to the left indication will always remain on the left.)

A sensor failure will follow a plug swap, but normal troubleshooting would entail hanging a new one on the engine before pulling the entry floor up to gain access to the control boxes. 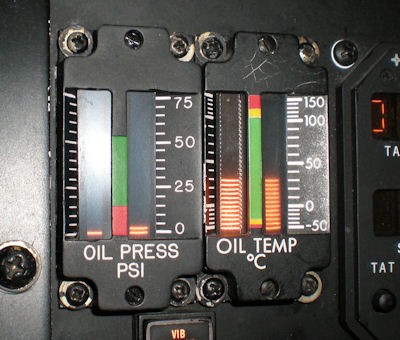 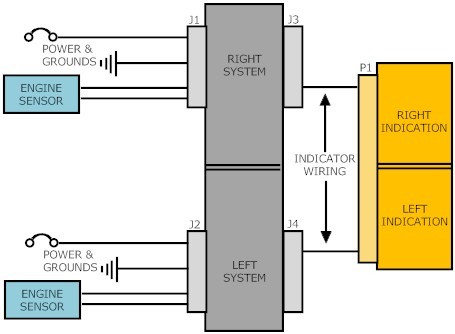