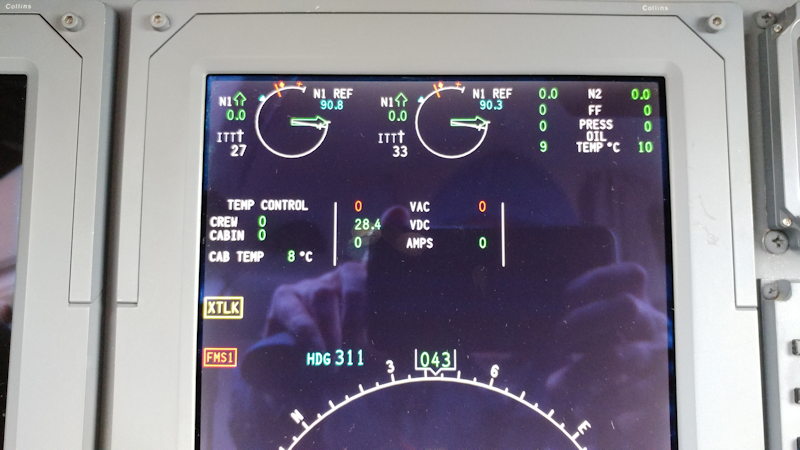 The inverters are located in the ceiling of the aft bag pit.

For troubleshooting purposes, the #1 (left inverter) is easier to deal with as the 28VDC power input and ground wires are inboard and accessible. 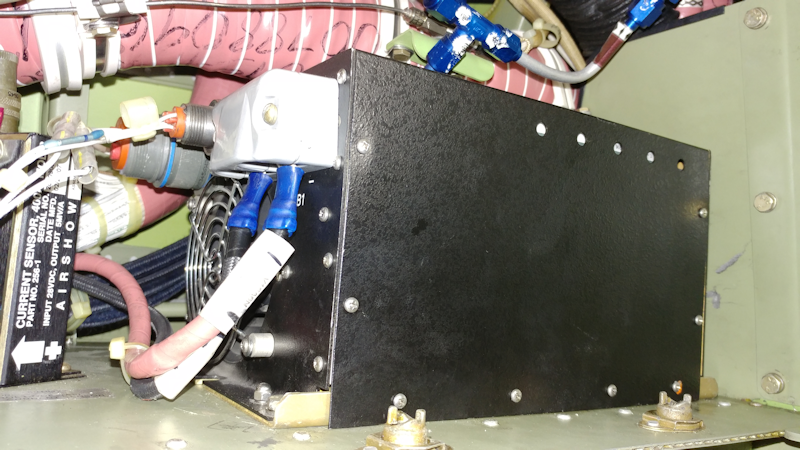 The right side unit's inputs are somewhat tougher to get to. 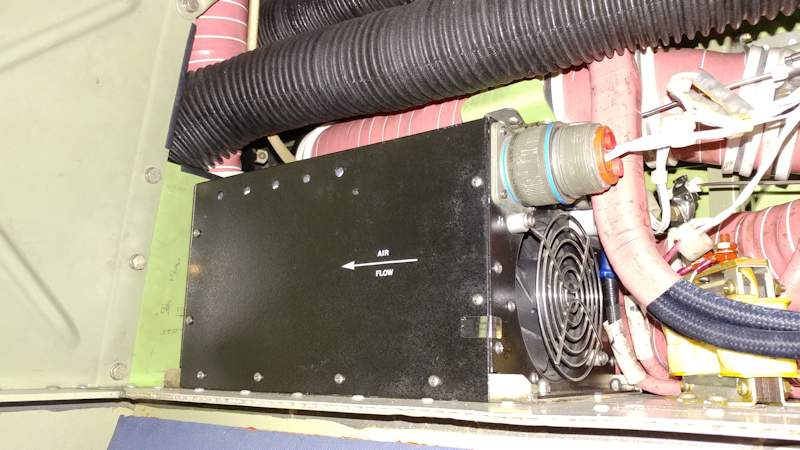 The first avenue for troubleshooting inverters is "is it getting power"? With the cockpit switch selected on, 28VDC should be present at the selected inverter's main power input lug. This is a large wire, I'm guessing 4 gauge. Power comes through a contactor from the main DC Power Bus.

With this particular problem, power was not preset at the inverter. Starting at the source, there is a 100 amp fuse used to supply power. Visually, it looked burned and warped. A meter lead "carefully" placed through an opening at the top of box showed power at the bottom lug, nothing at the top. 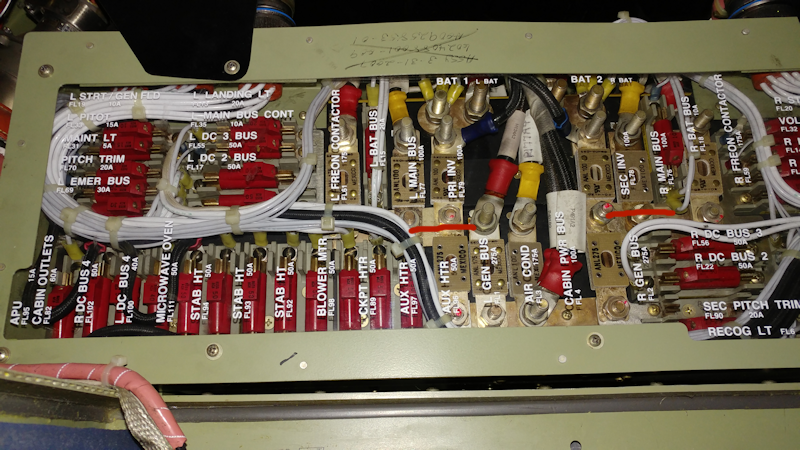 After the fuse was replaced, 28VDC was present at the inverter, but the A/C output was only 25VAC. The inverter's cooling fan was not turning either. Basically, the inverter was failing and the fuse blew in response to the high load.

There are many other areas of failures that can be associated with inverter power. The input and output contactors along with switch controls and any control relays. This particular problem was pretty straight forward as to the failure.

As a side note, I'm not a Lear guy. The batteries "should" be disconnected before EVER messing with the DC supply bus bars. From the access hole where the batteries are located....... getting to the disconnects looked damn near impossible. The left battery could be reached with a guy having a long arm. The right battery..... forget it. I did notice a possible access panel on the right side for accessing the right battery. This is NOT RIGHT. Any time you're working with power, the batteries should be disconnected. How can safe work be done if you can't reach the damn batteries?

The fuse was replaced "hot". A ratchet and socket were used to break the fuse nuts. the rest was done with fingers (and "no" 28VDC will not hurt you). The ratchet was used to tighten the nuts after fuse replacement. Any misplacement of the ratchet causing a power path to ground is going to lead to some "very" interesting sequence of events that could end up killing you or burning up the aircraft. A serious "shame on you Learjet engineers" is fitting for the shitty battery disconnect design.