Less More
2 years 10 months ago - 2 years 10 months ago #593 by Mark
Position Sensor Break-Out Cable was created by Mark
In the old days, I was tasked with accomplishing elevator position sensor nulls on 727's. These sensors were directly connected to the analog pitch computer and played a critical role in pitch stability during flight. Nulling is the process of adjusting a sensor to the lowest possible output with the flight control (rudder or elevator) in a faired condition. An "out of null" elevator position sensor would cause the aircraft to continuously porpoise in the pitch axis. The computer would see an out of range output from the sensor. It would compensate by driving the elevator up/down to find the null. It would never find it, resulting in constant elevator movement. If memory serves me correctly, a value under 50mv was desired.

A "huge" issue during a sensor nulling was knowing the output voltage during the adjustment. You could have someone in the E&E or at the elevator position indicator reading a VOM and relaying by radio the values, but this turned out to be pointless. The sensors were extremely sensitive. Just grasping it with your hand would cause values to change. Adjustments were tedious using two people.

I found out that there was a means of using a break-out test harness right at the sensor during the procedure. With the sensor in one hand and a meter in the other, a null could be accomplished quite quickly.

727's are pretty much gone now, but 757's and 767's (possibly others) use these exact same sensors for elevator and rudder position indication. These sensors are not used in the auto-flight system, but they do require adjustment at times. After referencing some prints, the same pin-outs are used on 75's and 6's. 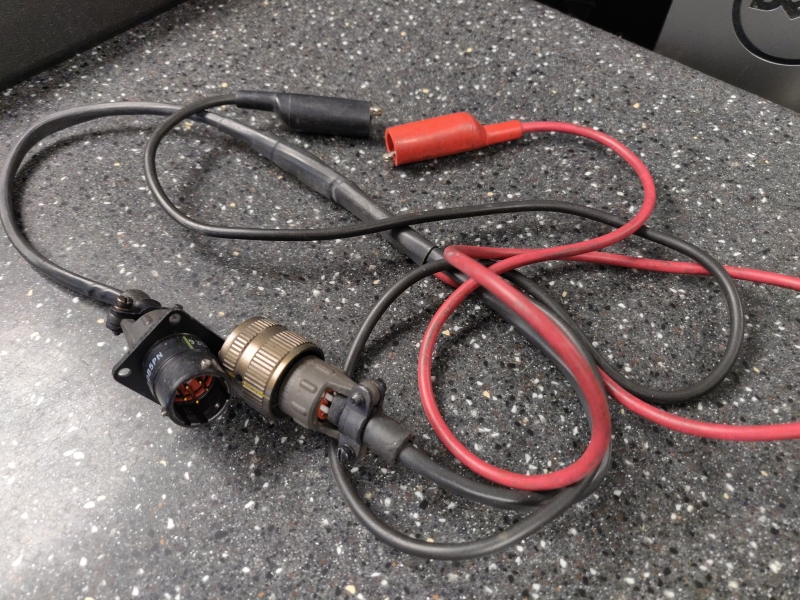 There should be no reason why this harness couldn't be used for adjustment on these newer aircraft types. Two plugs, two alligator clips, and some wire is all that is needed to build one. Pins 4 & 5 are the taps. 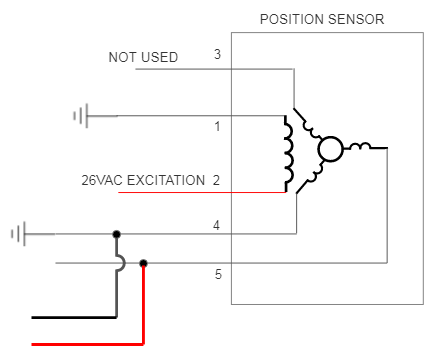 Further information on the sensors can be found here.