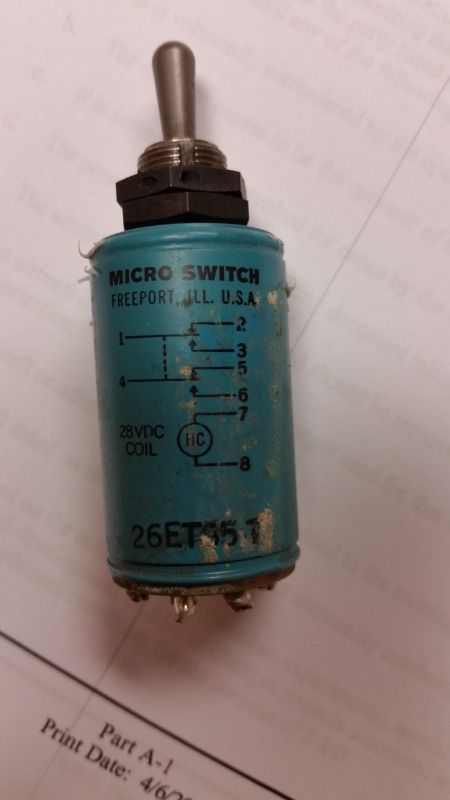 The switch should be considered basically as a relay, but one that has to be manually switched on.

Internally, there is a holding coil used to maintain the switch in the "on" position. Voltage to this coil is present when a "valid" signal is output from the controlling circuit.

As a couple examples:

The valid that maintains the switch on can be either voltage or a ground. Coils don't care. As long as both are present the coil stays energized. Removing either the power or ground will de-energize the coil and the switch will fall off.