I was asked to replace two light control potentiometers, Instruments and Side/Center on the cockpit right side overhead. 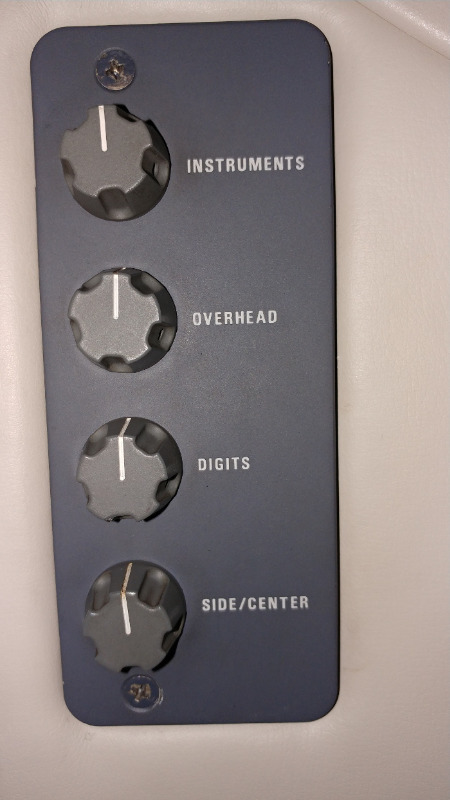 The pots are quite easy to change. All four knobs off, light plate separated, and one mounting nut on the pot itself. 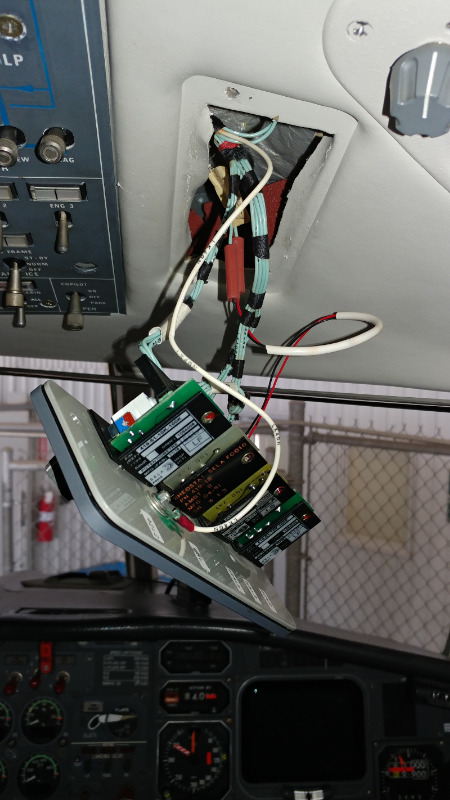 Neither potentiometer was bad. The Instrument light knob was loose which prevented a hard stop on either the high or low side. A new pot was tried on the Side/Center wiring connector, but the problem remained. 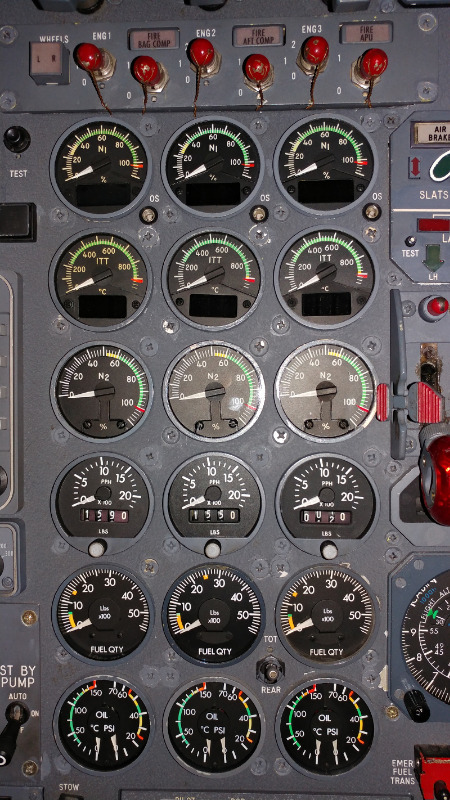 Also affected were the right side panel lights. 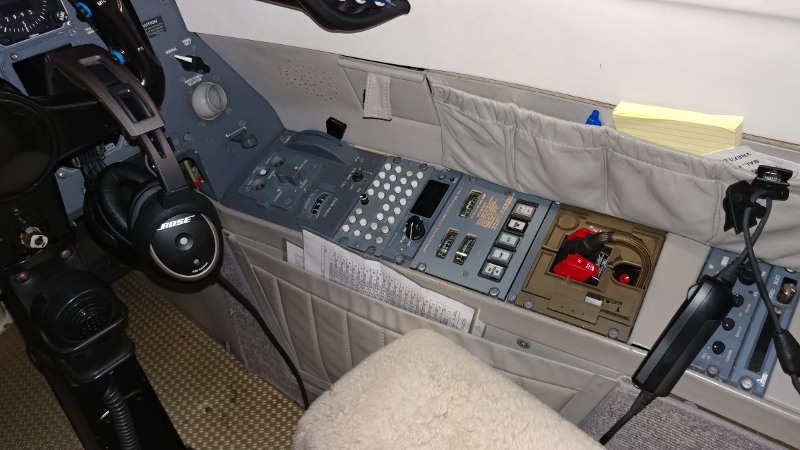 Now...... the fun begins. There are no Right/Center (nor Left/Center) wiring diagrams that matched this aircraft's effectivity. Actually, I couldn't find this system under "any" effectivity. No 7-1/2 amp breaker was shown on any print either. 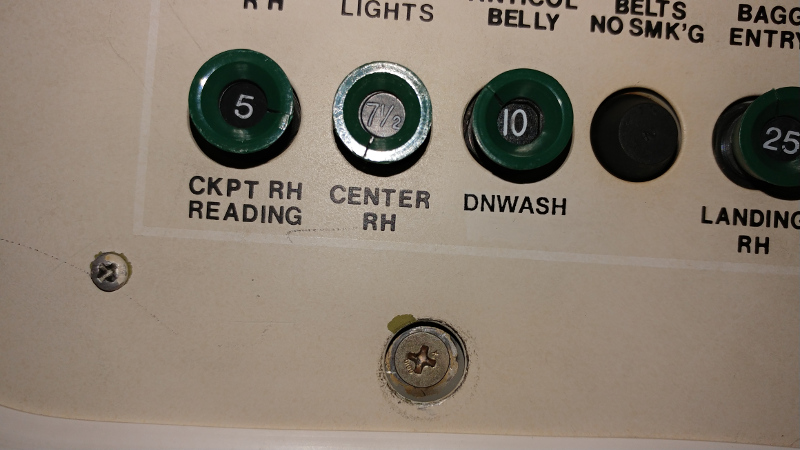 When the lower knob was taken off the lower stop (starting turning it clock-wise) a faint click was heard behind the jump-seat located aircraft right. I've been back in that area before and knew there were quite a few relays and circuit cards.

By feel..... I isolated the relay in question (I had to remove three before finding the actual one). 84L2 was energized by the switch. 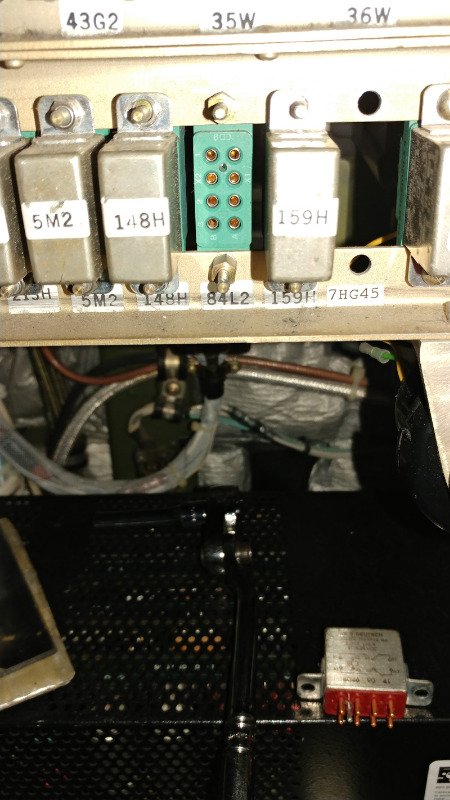 After digging back through the prints..... this relay was shown under the "Pedestal" lighting system. WDM 33-11-00.

After that things went quite quickly. The lighting power supplies are in the radome. 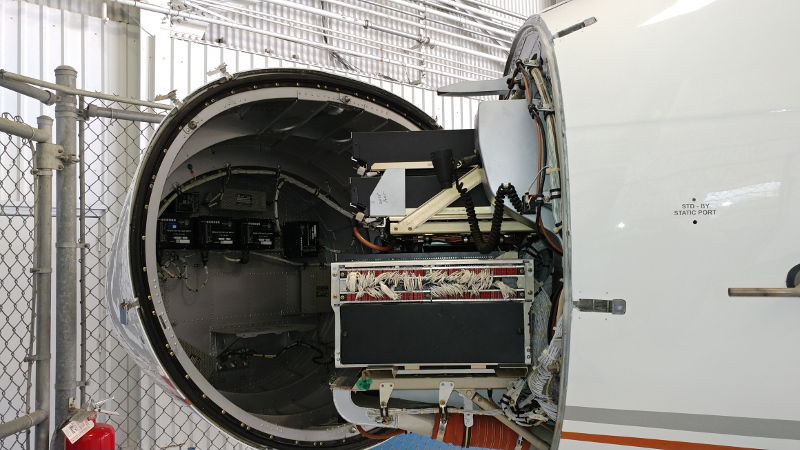 Borrowed one from another supply. One bright flash from the instruments and then nothing. The center power supply plug would reach the left without removing them. The lights worked correctly after the swap (normal hook-ups shown in image). 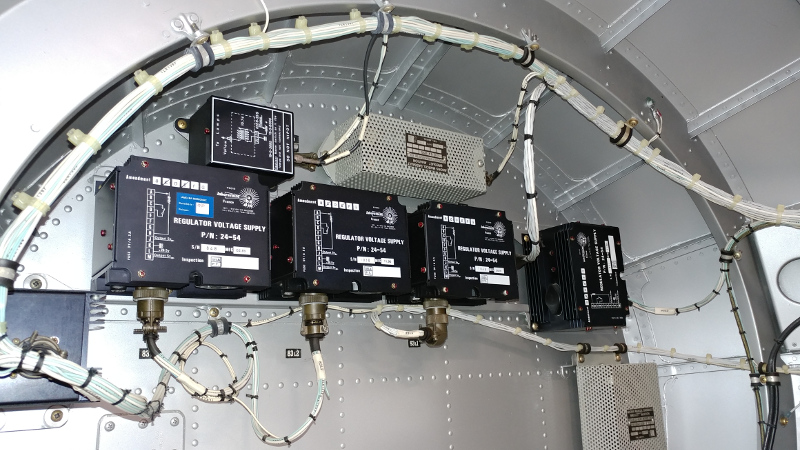 Bad center power supply, plus an extra fuse for the good one that I smoked.

In hind-site, I should of gone to the power supplies first and fixed it without prints at all. It just sucks that when you do use them and they're wrong it can kinda stretch a job out way longer than necessary.