Less More
5 years 6 months ago - 5 years 6 months ago #267 by Mark
ATA 32-40, Wheel Speed Transducer Wiring was created by Mark
Broken wire for the left wheel speed transducer signal to anti-skid system. The break was at an adel clamp where the bundle bent at a pretty strong angle. After an inspection of the wires, it was agreed upon to change the whole run from axle plug to upper strut wing disconnect.

The wire was a shielded, twisted pair. The shield was carried through at the top plug, but not at the bottom. 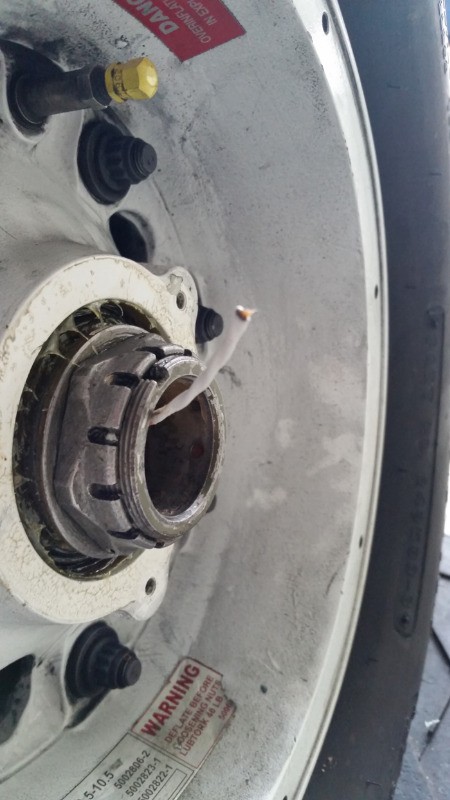 Outboard side of strut. Wire feeds through the white tube running vertically. 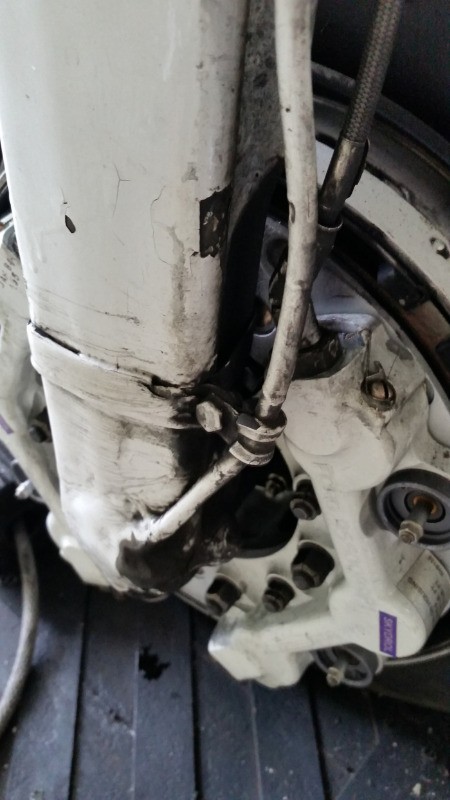 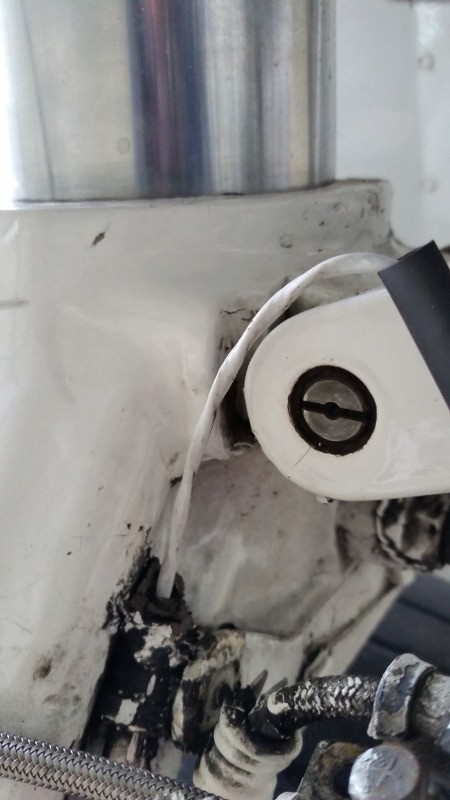 Top plug disconnected and hanging down. New wire was run through some new black sheathing and tie-wrapped up along the existing run to the top of plug. (The adel clamps were positioned around the new wire after both the lower and upper plugs were finished.) Image (poorly) shows the new wire run and the old one coming out of top plug. 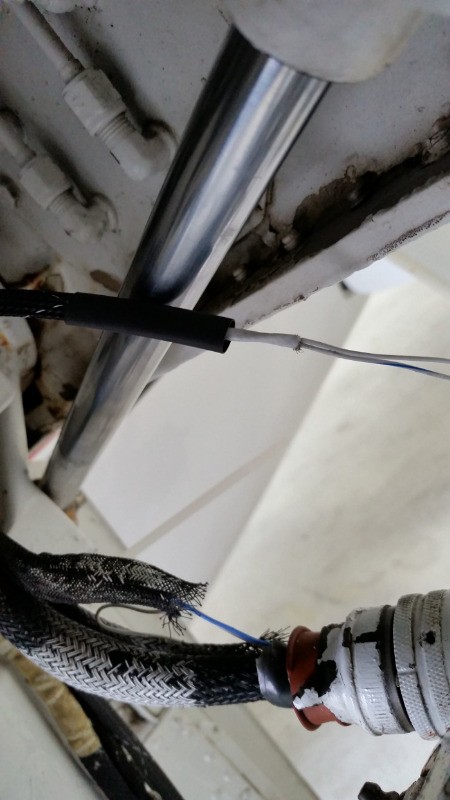 Because the shield carried through a pin on the top plug, a solder shrink shield wire was used.
Stripped shield wiring exposed. 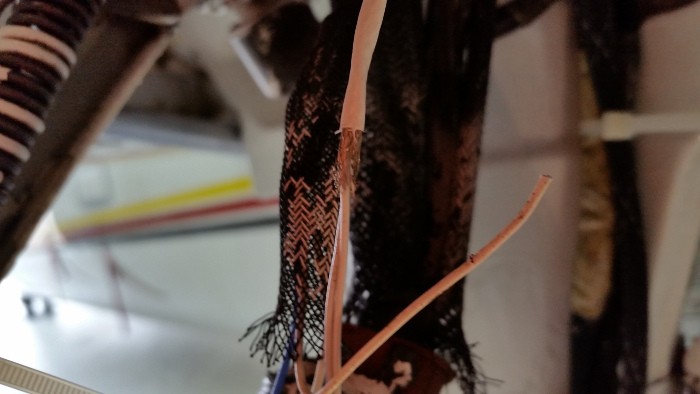 Solder shrink completed. The original plug pins DID NOT want to come out. It was quite a bitch dealing with a 20+ year old plug that had been exposed to the elements!! 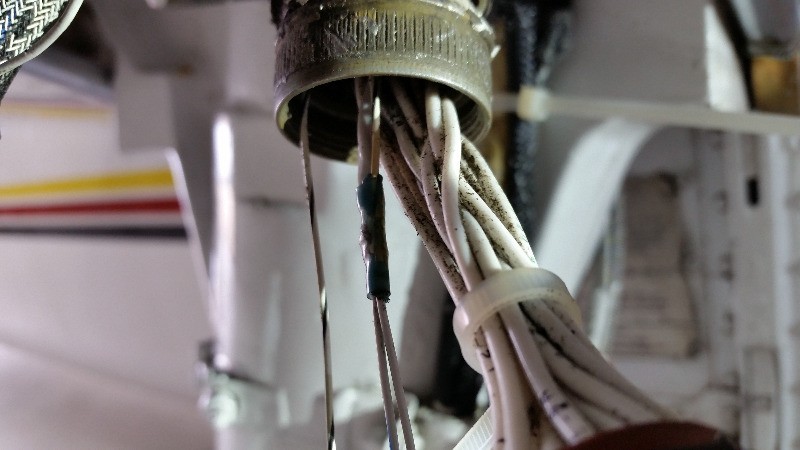 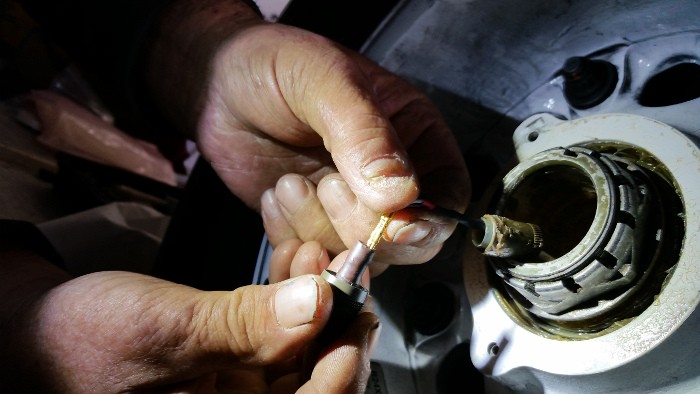