Less More
5 years 5 months ago - 5 years 2 months ago #418 by Mark
A/C Bus Tie Disconnect was created by Mark
Double rejected takeoff for a #3 bus tie disconnect upon engine power up.

DC-10's, MD-10's, and MD-11's parallel the three engine generators for normal operation. Phase sync and frequency are controlled by GCU's or Generator Control Units. The main workhorse in all of this is the CSD or Constant Speed Drive installed on each engine. The CSD's job is to keep the generator spinning at 8000 RPM which results in a generator frequency of 400Hz +/- 4Hz. This output speed is maintained throughout all engine power settings (idle-takeoff).

In normal operation, the generators have matched outputs (frequency/phase). The three A/C buses are tied together via Bus Tie Relays (or big-ass contactors, which is really what they are). As long as parameters remain matched, paralleling is maintained and all three generators share the electrical loads.

This aircraft had aborted takeoff twice because of a #3 bus tie disconnect at engine power-up. The #3 GCU recorded two faults, an over frequency and a trim head glitch. Basically, the #3 CSD was not doing its job of keeping the generator at proper speed. The #3 bus tie opened which isolated the bus. If left as is, the #3 generator would probably have gone out of tolerance and the system would have opened up its contactor to completely remove its output. If this did occur, the #3 bus tie would close to place the #3 bus load on the other two operating generators.

Our only option was to disconnect the CSD and MEL the #3 generator. This was a repeat failure. Maintenance control had already scheduled a CSD change. 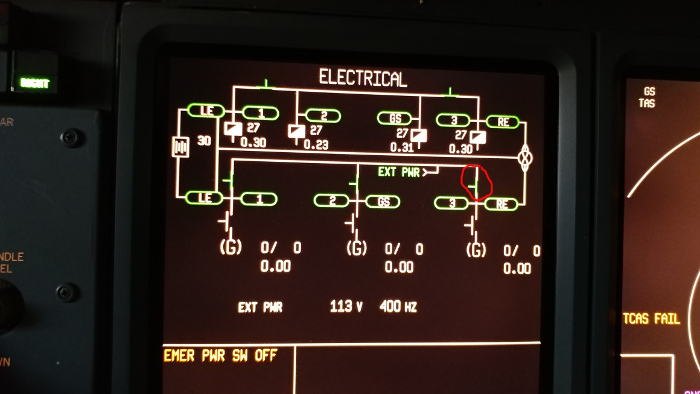