Before even powering up and going upstairs, you head to the E&E to reconnect the wires that were removed for the MEL.

This is actually the cover for the Capt's yoke disconnect. The F/O's looks just the same on the right side. 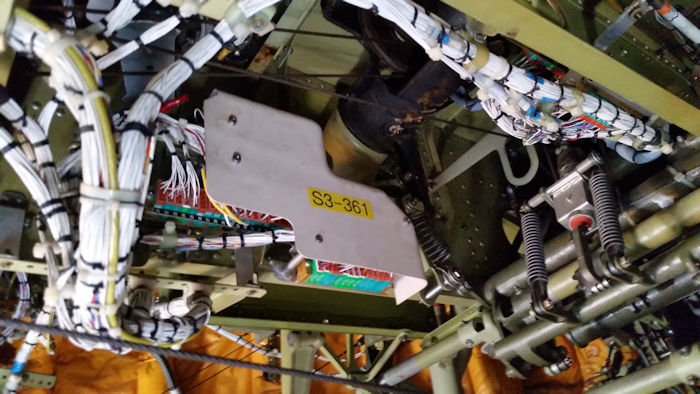 The wires in question have yellow identifier sleeves and the elongated holes of terminal 41 pretty much shout out to have the pins stuck back in. The wires are still wrapped in orange tape. 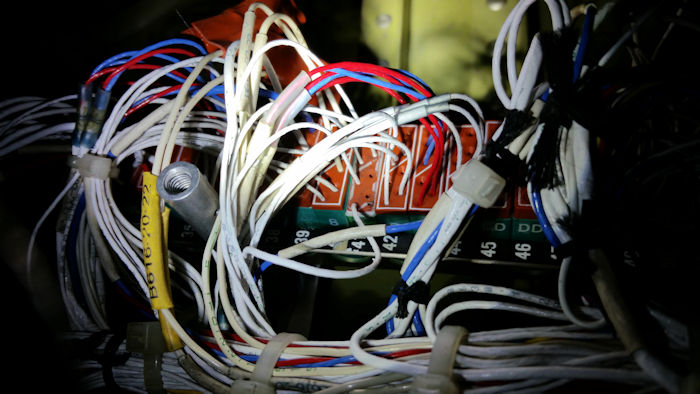 The red end of the red/white plastic tool is used to lock them into place. 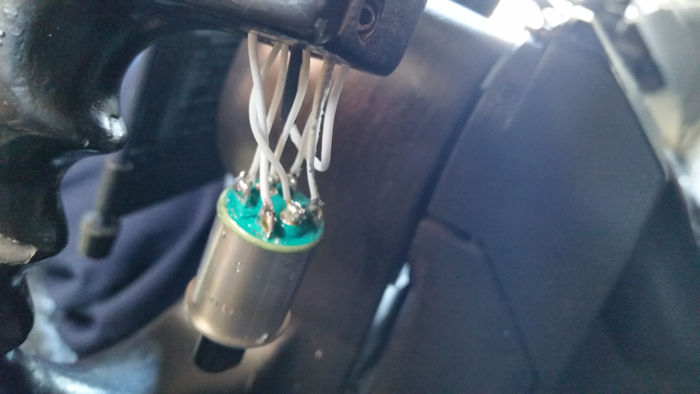 No heat shrink and the switch base looks a tad bit burnt.

The switch actually has a forward (Interphone) position and a aft (Radio R/T) position. Let's figure out the orientation before shoving it home. A quick call to the shop on VHF verifies pin 5 should face aft with the switch inserted. Let's try the interphone...... it doesn't frickin work.

A return trip to the shop for a meter and a quick glance at the prints...... this shouldn't be to hard, should it? Two wires (2 & 6) should have continuity and two wires (1 & 5) should read "something" back into the Audio Management Unit (AMU). Let's hit it.

A new switch soldered correctly with heat shrink over every solder joint and the job was done...... well 2 hours worth instead of around a half. Oh-well, sometimes you have to deal with this crap.

By removing the two wires for the MEL, you're basically taking the "return" signal for the switch to the AMU out of the picture. With both of them out, neither the interphone nor microphone will be activated from the yoke. There's a switch on the window console for the radios and a switch on the audio panel itself for either function.