Less More
4 years 8 months ago - 4 years 8 months ago #501 by Mark
ATA 80-11, Starting was created by Mark
I was asked to help with a #1 engine start problem on a GII. The problem was intermittent, but when it did fault, the planned flight was lost.

Both GII's and GIII's use the same model Rolls Royce "Spey" engine.

With out drawing up any prints..... it can be explained quite easily.

The starter has a centrifugal switch built in. (Switch plug not visible in this image. On the left engine, the starter is mounted inboard next to the pylon. The plug is at the 2 o'clock position when viewed back to front.) 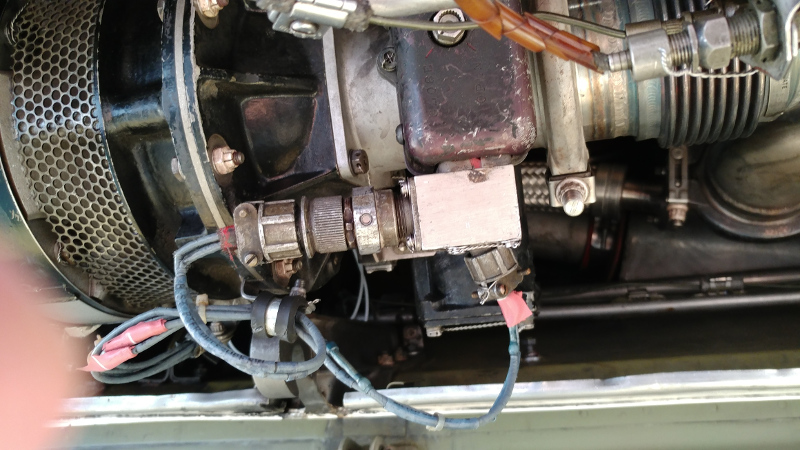 This switch is normally closed until a set rotation speed is surpassed during start. Its only purpose is to provide a ground to the start control relay located in the 169 panel behind the entrance door. This relay, when energized, provides 28VDC to the starter control solenoid, initiates ignition, and stops generator cooling air. Those items will remain in that condition until the centrifugal switch opens up (engine at a speed where the starter and ignition are no longer needed). The relay de-energizes, the start valve closes, ignition stops, and generator cooling resumes. 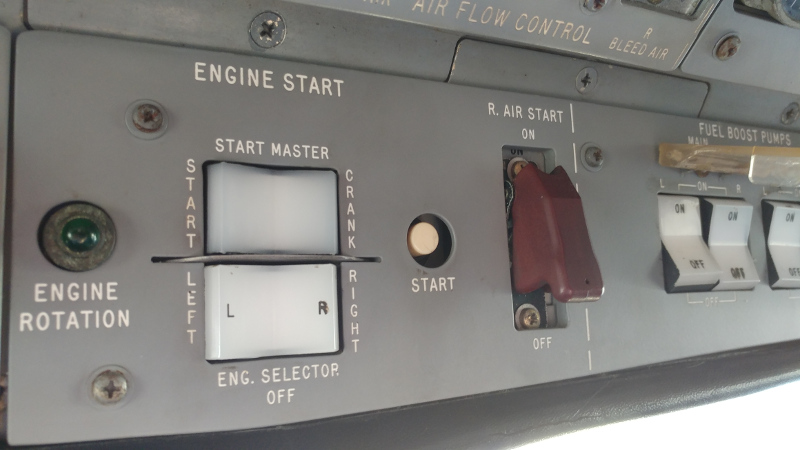 Engine at 14%. Start valve and ignition lights on. Green rotation light on. 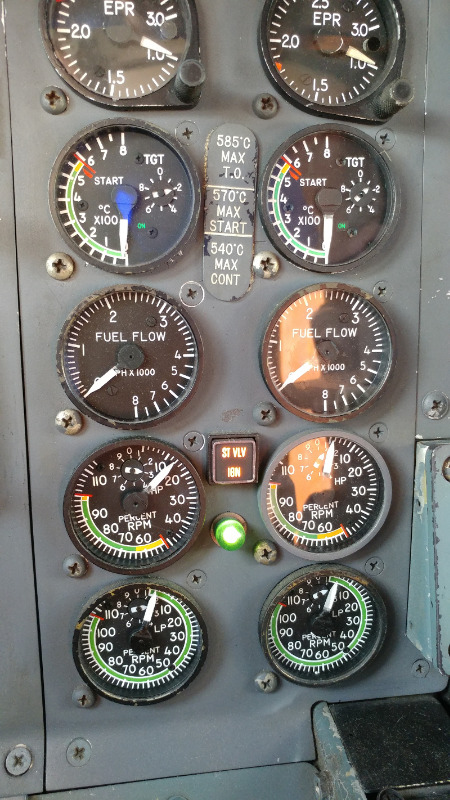 Newer aircraft engines use engine sensors that feed rotation speed to the engine computer. The computer controls the start sequence.

Less More
4 years 8 months ago - 4 years 8 months ago #502 by Mark
Replied by Mark on topic ATA 80-11,Starting
We verified power (with start commanded) and ground at the cannon plug pins. The "assumption" was a bad centrifugal switch in the starter.

We were wrong. After the starter was removed, giving a clean view of the switch cannon plug..... both wires were hanging by just a few strands (which would explain the intermittent problem). The wires were repaired and the original starter re-installed.

Some folks might question how 28VDC was read at the plug on the engine: A relay coil can be considered as a regular wire when the relay is not energized. The relay is not working (dropping the voltage) so a full 28VDC can be read on the back side of the coil. If the relay were energized, 0VDC would be read, as the wire is now grounded and all voltage is dropped through the relay coil. Short explanation.
Last edit: 4 years 8 months ago by Mark.