Less More
6 years 9 months ago - 6 years 9 months ago #192 by Mark
ATA 32-47, Brake Temp Monitoring was created by Mark
The Airbus brake temperature monitoring system rarely acts up. I came across a problem yesterday with an aircraft that had sat for three days. A good potion of that time had heavy rains coming down.

This is what I had on first power up. 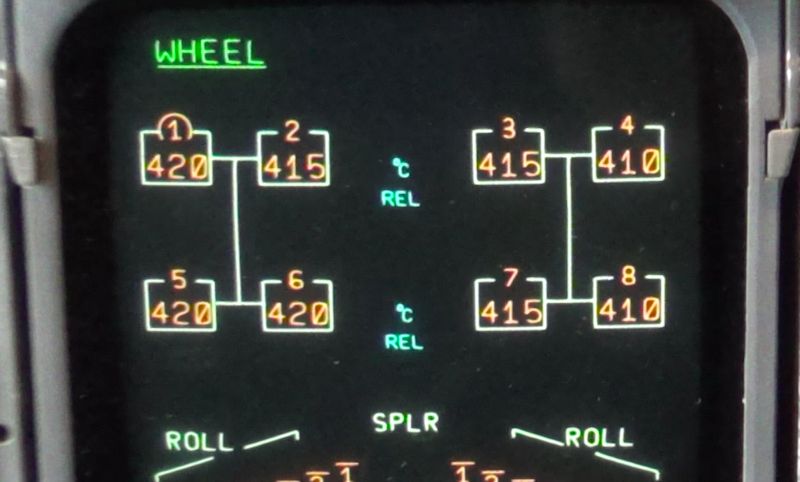 The temps were not steady. They were jumping all over the place from 400 to 20. The brake temp "HOT" light on the cooling switch kept flashing on/off and I got a never-ending set of "bings" from the flight warning system.

After re-seating the BTDU (Brake Temp Detection Unit), the problem had settled down a tad. The bakes we're not in the 400 range, but they were not steady and I still had a "HOT" light flashing.

I attributed the problem to moisture. Not so much on the brake temp sensors themselves, but more likely "in" the detection unit.. I left the aircraft on full power for a couple hours and the problem ceased.

As a quick system rundown:
There are 8 brake temp sensors which are Alumel-Chomel Thermocouples. Each set of four sensors, feeds a Compensator Unit located (which looks to be a bitch) under the strut assembly itself. From the compensators, the signals are fed to the Detection Unit. The output of the detection unit goes to the SDAC for ECAM displays and the Flight Warning Computers for the "HOT" light and aural warnings.