Less More
7 years 1 month ago - 5 years 3 months ago #38 by Mark
ATA 24-30, GIV EPMP Battery Switch was created by Mark
A GIV was having a growing problem with the #2 battery not coming on via the EPMP switch. Luckily, it was failed at the beginning of troubleshooting. I went straight for terminal block 306TJ2U located behind the F/O's seat. Power was present on terminals A-F which is actually hot battery bus power and always present with batteries (in this case #2) connected. With the EPMP switch pushed in, no power was on the lower terminals G-M. Flipping on either outside battery switch kicked both batteries on. All three switches are wired in parallel from the terminal block and either of them will engage relay 306K2 which feeds power to the contactor.. A battery contactor can be eliminated as a culprit easily in this case, but it certainly would be suspect if no engagement was accomplished by trying all three switches.

The EPMP panel is quite expensive and there seems to be no breakout for individual switch replacement. Positive verification of failure is always appreciated by operators before all that cash is laid out.

It was somewhat perplexing that with the EPMP panel switch pushed in (and no power) that when either outside was switched on then off.... power remained on the aircraft???? I could find no "backdoor" for contactor power. 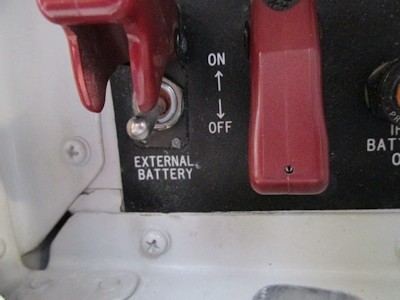 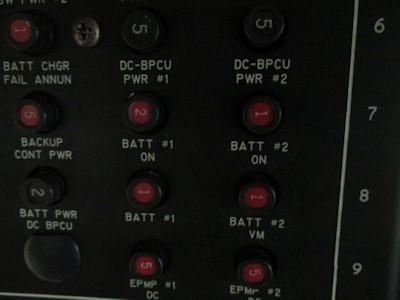 View with panel behind seat removed. 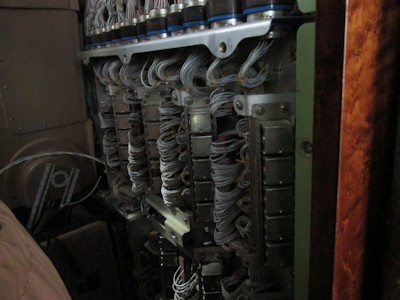 Relay K2 is on most inboard relay rack. 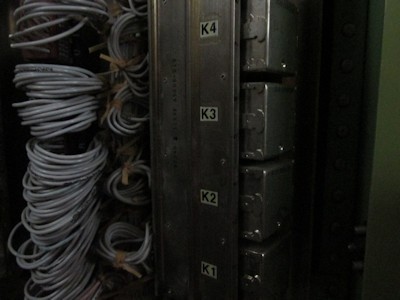 The terminal strip was actually the second strip going outboard. 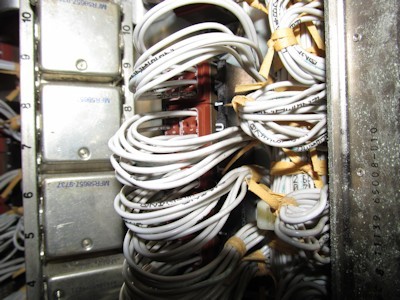 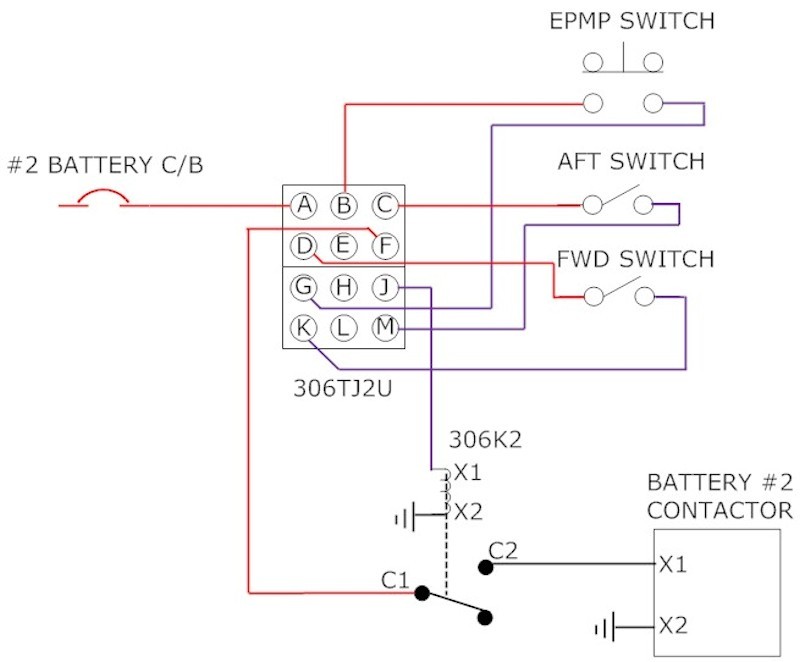