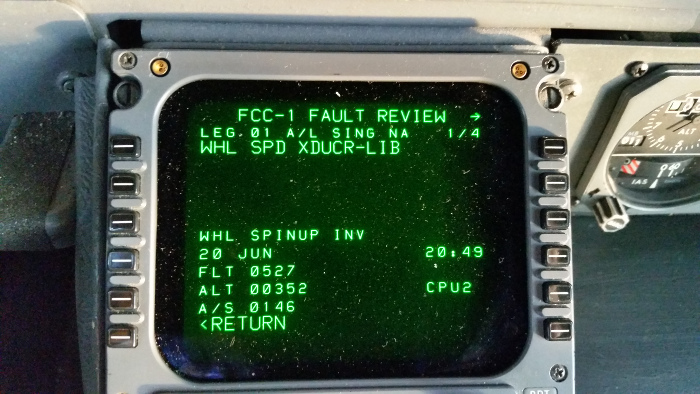 The Auto-Pilot uses wheel speed signals to initiate the nose-down and roll-out landing functions. The FCC's look for 80 knot wheel speed signals during take-off. The thinking is...... if one (or more) transducers is failed at the beginning of flight, than the failure will be present on landing which would prevent proper auto-land operations.

The Auto Ground Spoiler system looks at these same transducer signals for wheel spin up also.

On MD-10's and MD-11's, every tire has a transducer used for Anti-Skid, but only the rear set of tires is monitored for speed by the FCC's. The failure above showing the LIB (Left InBoard) would be the #6 main tire.

The transducers can be monitored through CFDS, FCC1 (or FCC2), Sensor Readout, Analog Inputs. 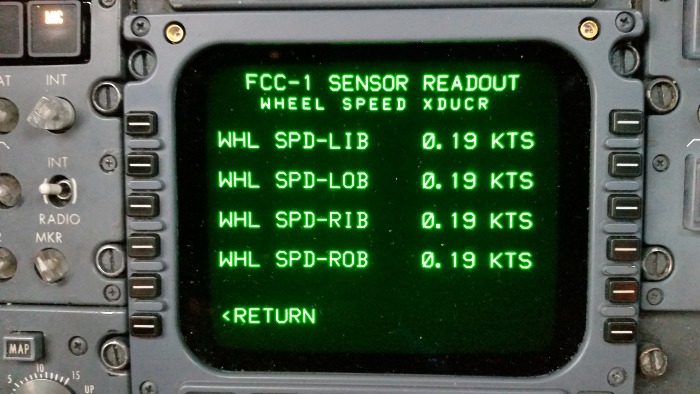 The left inboard does show "something" in the image above, but all the tires are at rest. The failure would most likely be either a sheared transducer shaft or a open signal coil. There would be no speed increase as with the other three tires. The FCC's would log this fault almost instantly. All the flights referenced for this failure had the fault recorded before 500' of altitude.