Less More
1 month 1 week ago - 1 month 1 week ago #818 by
No Cabin View (AVDS NODE UPDATE) was created by
Working on two G650ERs with a few cabin view problems. Main PAX complained that stock tickers were no longer working, shortly after the main cabin monitors stopped displaying cabinview/airshow all together.  After restarting the aircraft, it would work intermittently roll of the dice each time. Unfortunately, Gulfstream likes to keep a lot of information about the cabin systems to themselves. We ended up having to get in contact with Gulfstream tech support to help guide us forward. They instructed us to check the status of the AVDS node software. To do this we plugged an ethernet cable from our laptop to the cabin MX port, ours is located in the aft cargo compartment just right of the door under the upper access panel. After connecting we opened the AVDS node software, it comes stock on the computer from Gulfstream if you don’t have that there is a download for the newest version in the AVDS S/B. Once the software was open I found out that our version was still 1 while the newest version was 3. To get the work instructions and files required we used the Innovation Advantage S/B AVDS Node S/W Update

To do the update you have to be connected then hit the retrieve button on the Software package side, this saves your current version incase there is an issue. I did the same on the configuration file. Next just click send on the software configuration tab and select the new software that you downloaded. Don’t be alarmed if it takes along time, it can take up to 5 minutes to move from 0% on the update screen. Make sure to update in order, so if you version is old like ours was we had to update to REV 2 then REV 3 to avoid issues.

Make sure to thoroughly read the procedures before doing this as you could brick the AVDS nodes if performed improperly, forcing you to gain access to all nodes and plug into them directly to force the correct update.  After updating the nodes, we now had a new issue, all the cabin view was working but now the screens were displaying in only magenta and green color. Again, we had to talk to techops to see how to move forward. 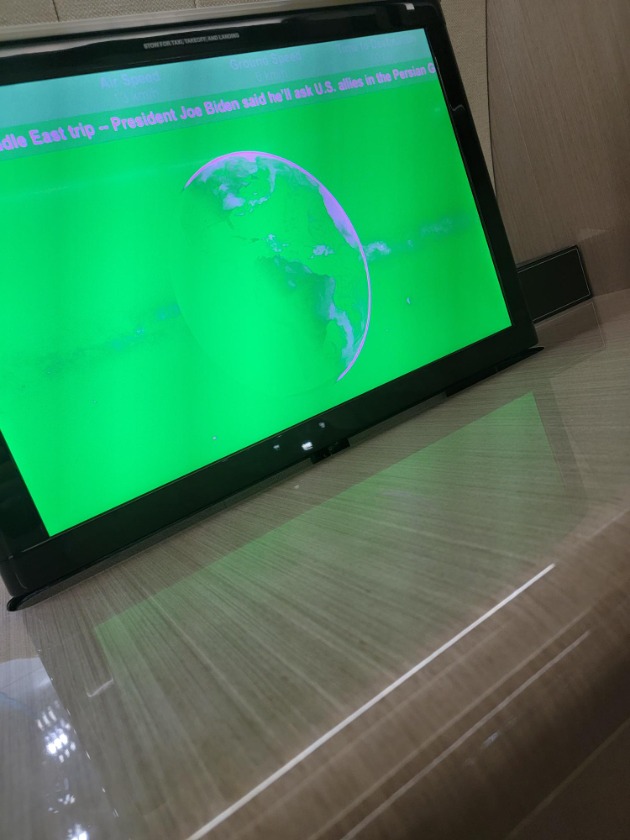 They weren’t exactly sure why it was happening but they added one line of code to our configuration file that fixed the problem. This is what they added, you could add it yourself but I would recommend having gulfstream modify your configuration. After all of this our cabin issues were solved.

Less More
1 month 6 days ago #820 by
Replied by on topic No Cabin View (AVDS NODE UPDATE)
As aircraft become more digitized and automated, the role of a mechanic is expanding to software tech specialist also.

I have only had a chance to work on older aircraft, so my exposure to some of the newer systems is limited.

I have been dealing with ACARS, EGPWS, and  WQAR  software as of late. Of those three, ACARS and EGPWS have been around for 2+ decades. So I wouldn't call them "new" at all.

Good job on the fix though.

I do find it funny that they place stock prices on the top of their list to view.