The problem was approached as an electrical issue when we should have done some basic mechanical checks first.

During start, the IGV's (Inlet Guide Vanes) should be fully closed. This allows all incoming air to be directed to the combustion chamber. If the vanes are even slightly open, air is bled off and the engine will not start.

After a normal start, if a pneumatic load (main engine start or air conditioning packs) is requested, the IGV actuator should open the vanes to allow for bleed air output.

In the image below the IGV actuator arm cover has been removed. The rod is fully extended (vanes open). For start, the rod should be pushed full travel inwards. 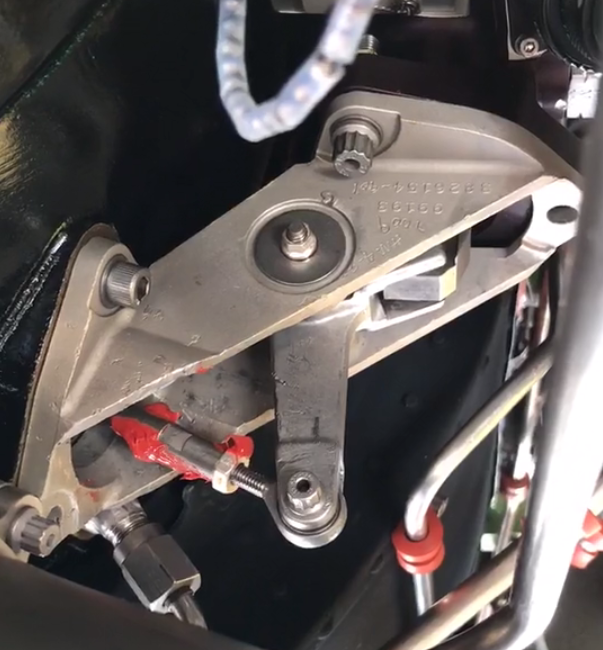 During start and operation, several sensors are being monitored. Three of which are inlet, discharge, and differential transducers. Two are mounted on a flow sensing module. 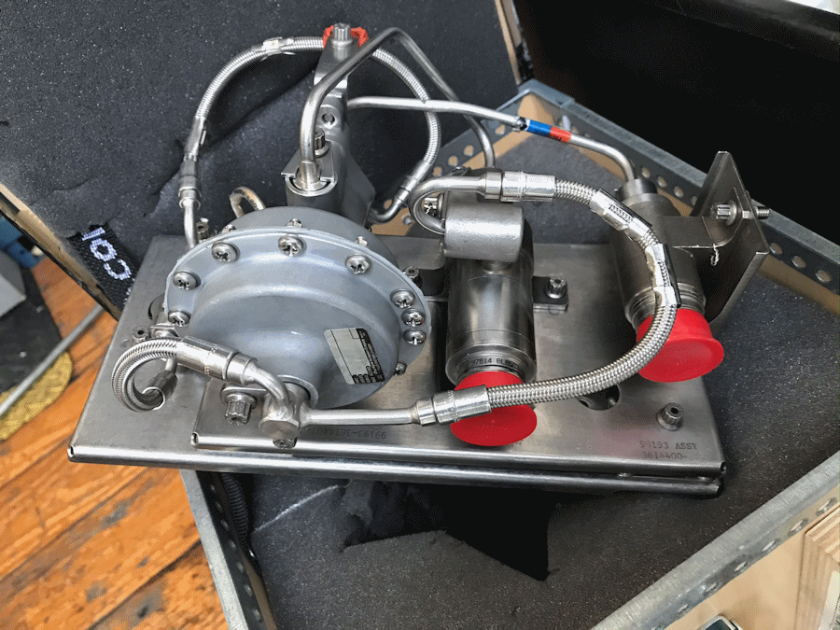 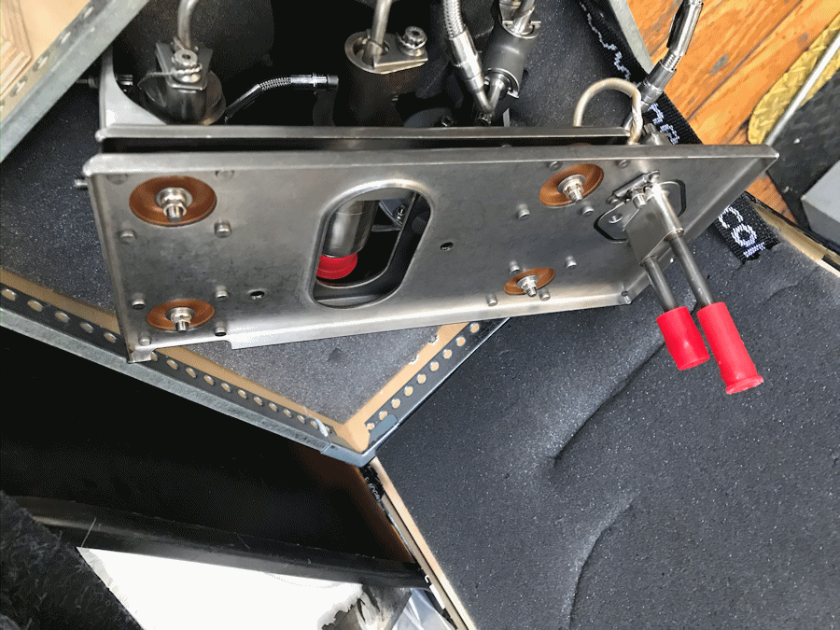 These units receive a 10VDC input and they are "supposed" to output between 0-30mv depending on pressures. I could read the 10VDC input, but diddly-squat for the outputs on a intermediate disconnect plug. 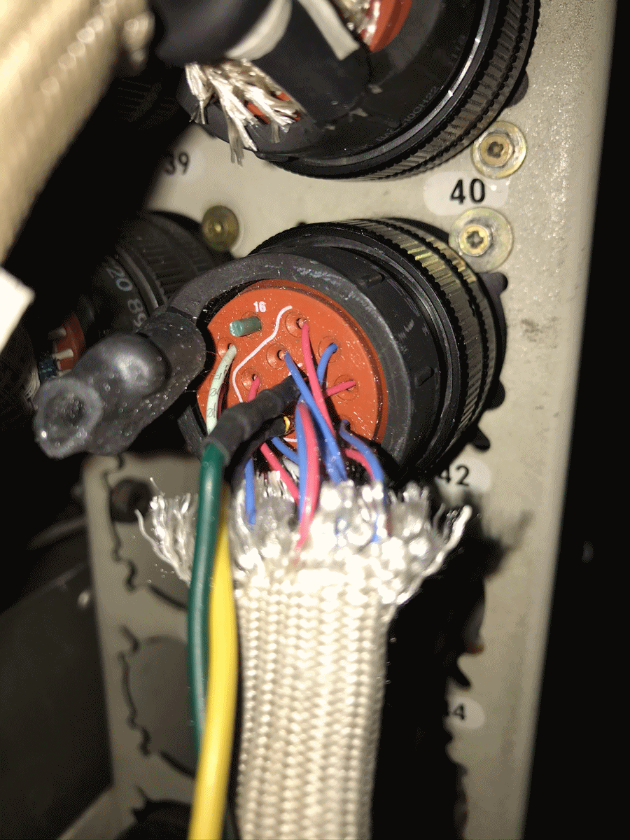 The IGV actuator uses fuel pressure for actuation. It's electrical control is "supposed" to be 0ma for IGV closed and 150ma for fully open. I put a meter inline with the control input..... again...... nothing. 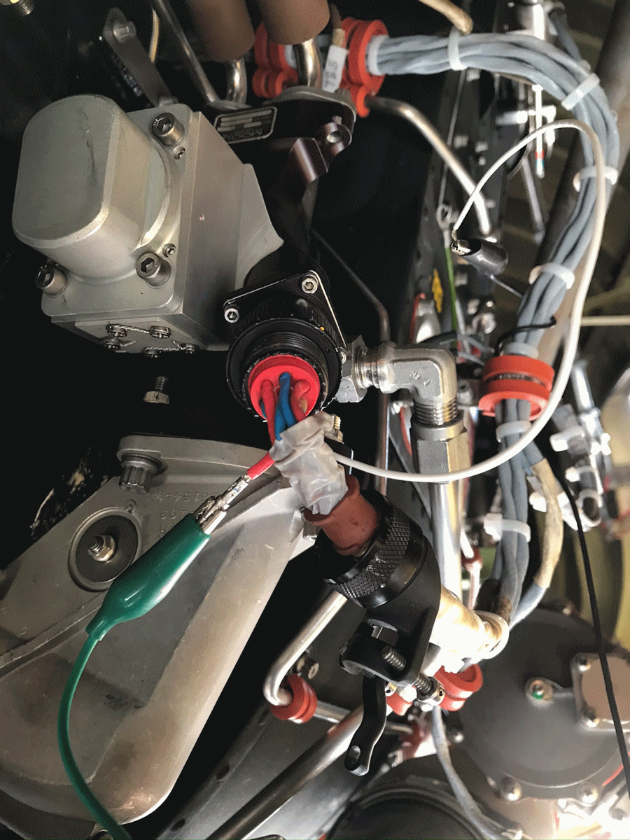 We could get the APU to start by pushing the IGV control rod in before start. When a air load was called for, the actuator never moved.

We finally did a pull test on the rod arm. 15 pounds is maximum. We had 18 to start movement and 16 throughout travel. There is no line fix for this and the APU had to be replaced.

The frustrating thing about all the previous work was that no sensor nor actuator control voltage could be read. All control functions were operating normal. A rack breakout box would be a tremendous help for a problem like this.

Also somewhat confusing was the difference between maintenance manual and schematic voltage or amperage statements. The 757 APU which is fairly similar to the 767 had discrepancies in stated electrical signals also.

Less More
4 months 4 weeks ago #674 by Thomas Richter
Replied by Thomas Richter on topic 767 APU Hung Start
It stinks when you don't have enough information to do proper troubleshooting! A few questions came to mind as I was reading this...the sensors use 10VDC, but only output a max of 30mv? Seems like that leaves lots of room for errors with such a small reference range between pressure and no pressure. And, in the picture where you are taking the current reading, I'm gathering you unpinned the original circuit, and used a jumper into the cavity so your meter was placed inline? And then no reading at all with presence of fuel pressure? This makes me think that either the fuse in the meter was open, or there is more than 1 problem with this unit! At what percentage of RPM is the fuel introduced?

Less More
4 months 3 weeks ago #676 by Mark D Francis
Replied by Mark D Francis on topic 767 APU Hung Start
The pins jammed into the rear of the plug was a cheap attempt to look at live readings. Actually, it's a shitty way to try. Your test pin can get crooked and short out two pins.

At the actuator, I placed the meter inline (amperage mode) to try and read current. Fuse was good, just no reading.

This is a prime example of the need for a breakout box. Take and record all the readings on a working APU for use in troubleshooting a broken one.