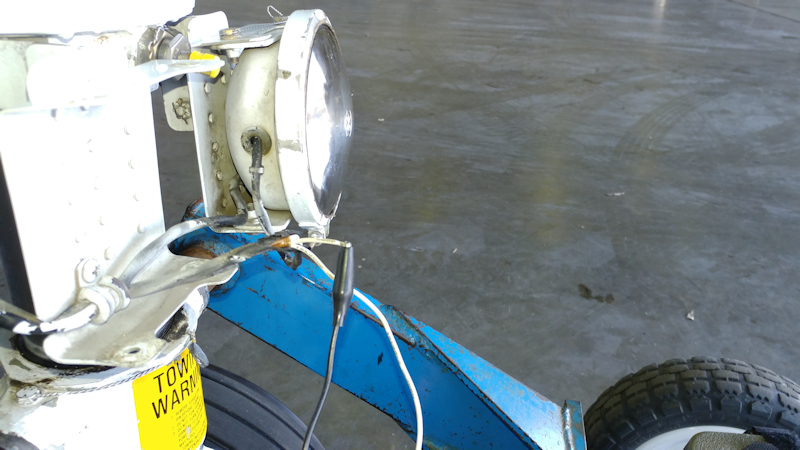 Light removed. Power was verified good on one of the two wires. The ground was intermittent, but moving the leads just outside the bulb housing would give a reading to ground (not a solid ground). 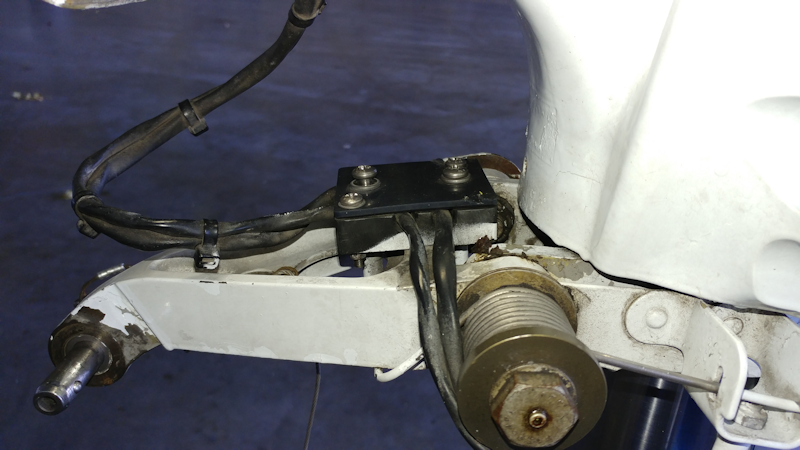 Working the wire bundle aft and up from the light assemblies takes you to what appears to be a junction box. 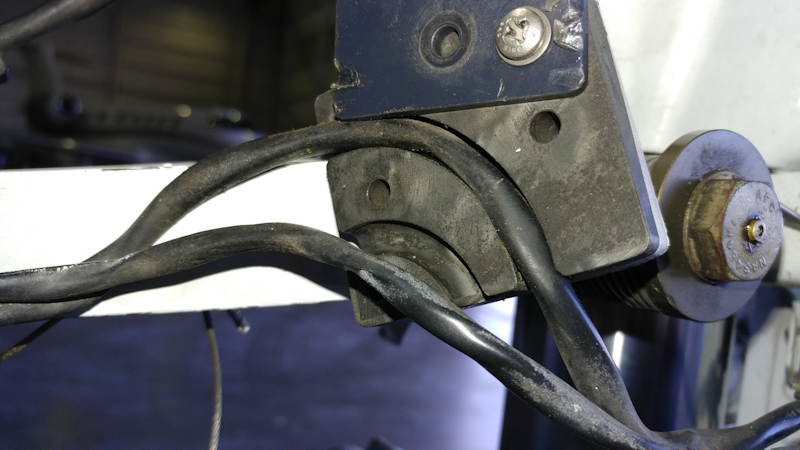 Just a wire guide assembly. At no point was a ground indicated when moving the bundle in this area. 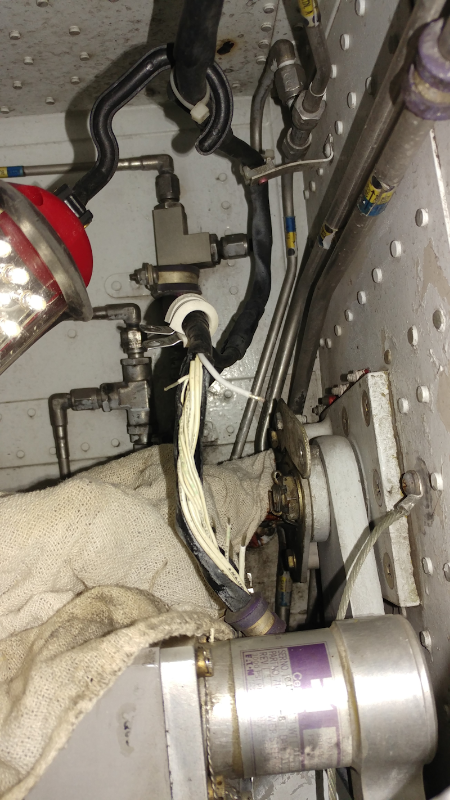 While moving up the bundle into the nose gear well, the meter had to have the ohm's "buzzer" turned on as it was impossible to watch the meter and shake wires at the same time.

At the top of the gear the open was found. I should of guessed as the harness had been previously worked on as evident by electrical tape being wrapped around it.

Upon gutting the harness two wires were found broken. The taxi light ground wire had an environmental splice that had snapped in half (although I was pleased to see someone actually went through the hassle of installing one there). The other wire probably broke when I was opening up the bundle.

A repair was completed on both wires, but I suspect that more will break over time. This area is where the wire bundle moves and bends in response to gear retraction/extension. I'm not sure if any plausible solution is available other than changing placement and slack of the bundle itself. There is a pronounced bend aft of the lower adel clamp.

If wires continue to break in this area, the complete bundle can be replaced as an assembly. A part number is located on the bundle at the gear well wall feed through plug.