Less More
1 month 20 hours ago - 1 month 14 hours ago #825 by
Hydraulic Overheat was created by
Working on Hawker 900XP with an intermittent HYD OVHT MWS light. 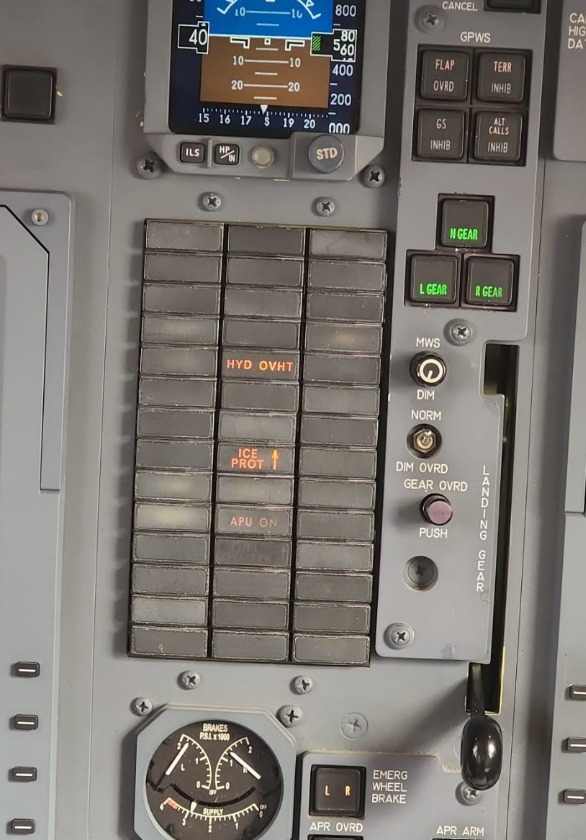 This fault has some history and they had the reservoir temperature sensor changed at the last MX visit. Typically, the fault comes when its above 100 degrees out and the aircraft has been sitting on the ramp with the APU running.

This type of fault is definitely not in my wheelhouse, with some hindsight there are quite a few things I would have done differently to isolate the issue much quicker. First, I will go through what we did and how I would do it differently in the future

First things first the aircraft has no traditional hydraulic cooling system to investigate so the manual states that a component is bypassing causing the reservoir to raise in temperature and eventually send the OVHT MWS.

First thing we did to establish a base was performed the main accumulator pressure decay test to see if the accumulator could hold pressure. We first had to block the spoiler bypass system which is a mod that is supposed to aid in cooling the hydraulics. 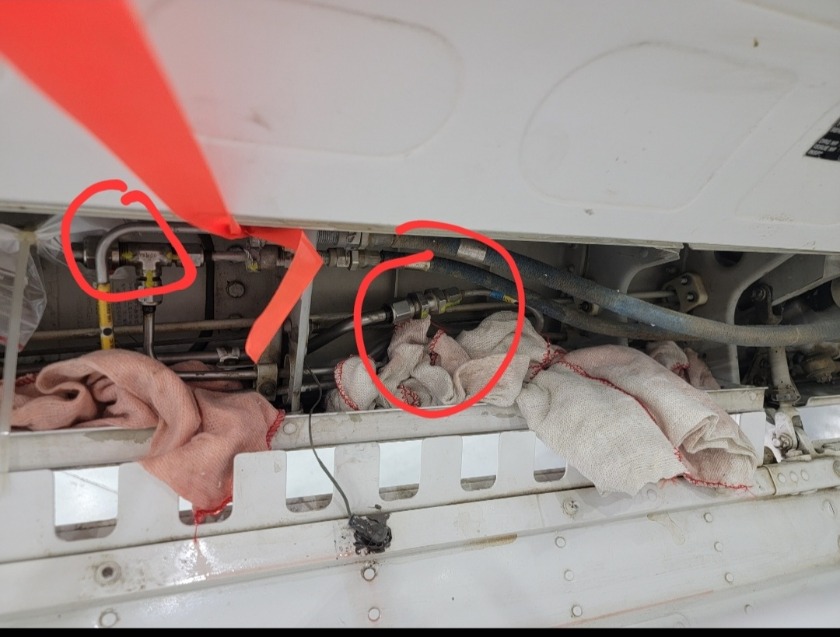 After blocking that we hooked up the mule and pressurized the system to 3000psi, watched the main accumulator go up then kill the mule. The pressure is supposed to hold for at least 20 seconds before dropping. In our case the pressure dropped instantly.

At this point we decided to go after the low hanging fruit and disconnect some of the main component returns to see if they bypass under pressure. We tried nose wheel steering, brakes, emergency brakes, main accumulator discharge handle. All of these components check good so we decided to start digging into it. 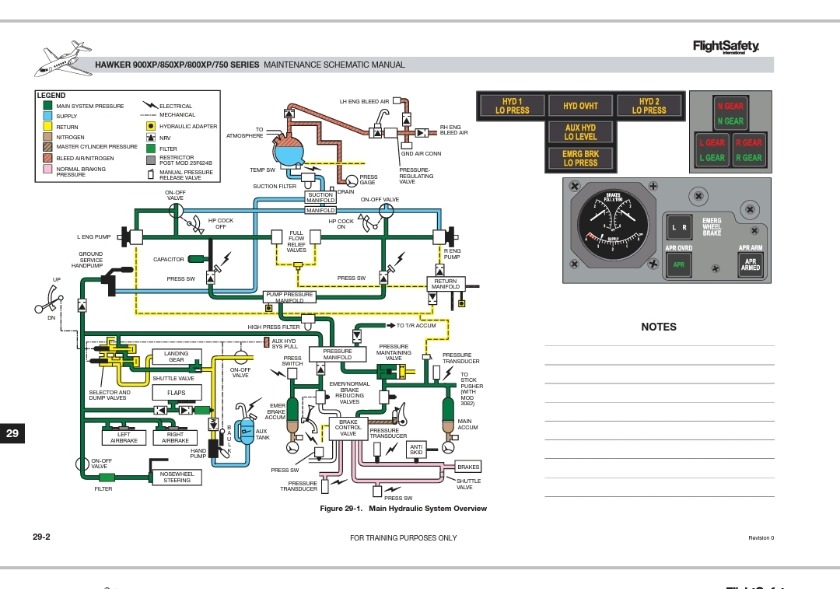 Next thing we did was to cap the hydraulic pressure manifold inlet line, this will isolate the components side from the full flow relief valves and other upstream components. With this capped we now have a passing test, which tells us that the issue is downstream of the pressure manifold. 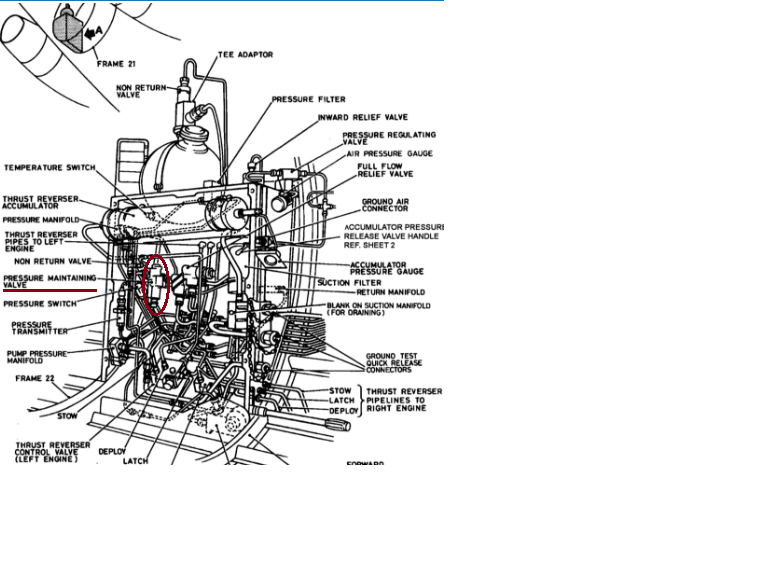 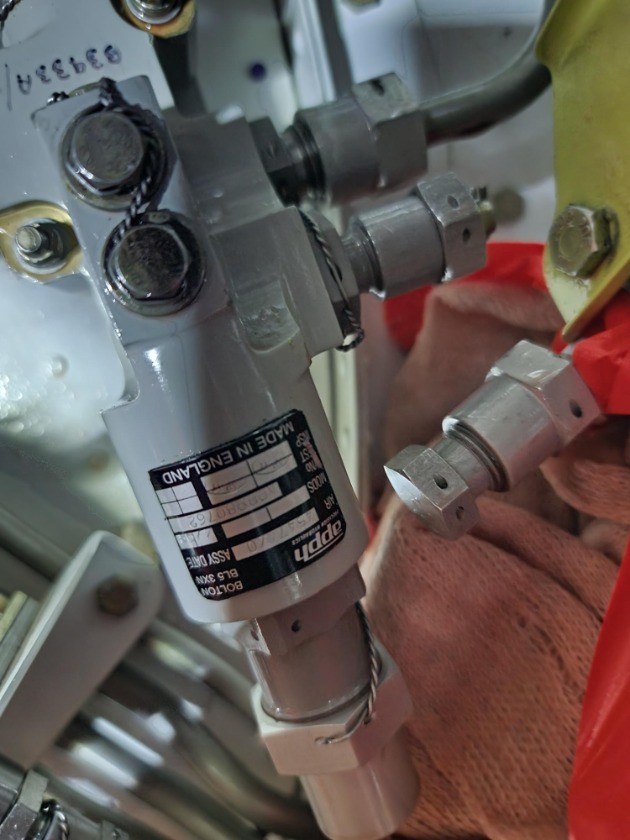 Now this process took me about 3 shifts to T/S and one to replace the part, and knowing what I do know I would have approached this a lot differently.  If I were to work this problem again and found the original pressure decay tests to fail, I would go straight to the pressure manifold. I would disconnect the runs one by one rechecking the pressure with each. I would keep doing this until the pressure test passed and that would then show me the system with the failed component. This would eliminate removing a lot of hard to get at lines and opening components to check for leakage. Using this approach, I feel we could have had this solved in one day or less. It doesn’t help trying to decipher the vague statements in the hawker AMM either.