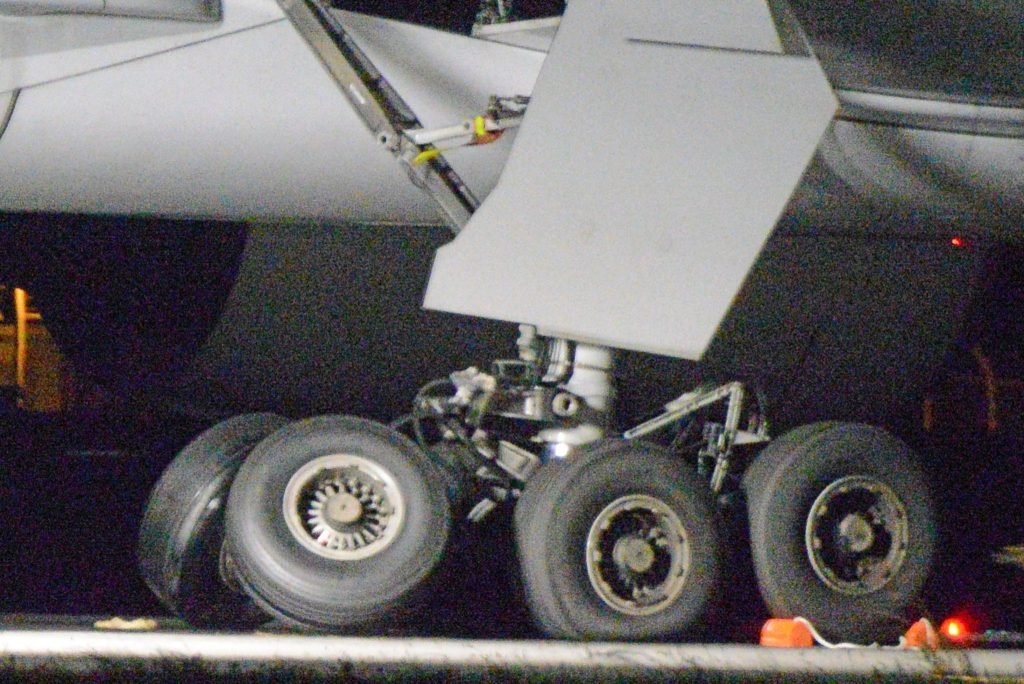 Operators of Boeing 777s will likely be taking a close look at the landing gear on their aircraft after an unusual incident at Narita Airport in Japan on Friday. A Korean Air 777-300 was taxiing to the gate when the axle holding the rear set of wheels on the main gear broke. The wheels folded up onto themselves and the aircraft ground to a halt. The rear set of wheels touch first on landing because the gear is articulated at the strut and angles rearward in the air. There were no injuries but the passengers and crew had to leave via airstairs.

There was no indication the landing was particularly hard although newsinflight.com quoted a passenger as saying “the right side was tilted down when landing.” The Japanese transport ministry classified it as a “serious incident” and is doing a full investigation.