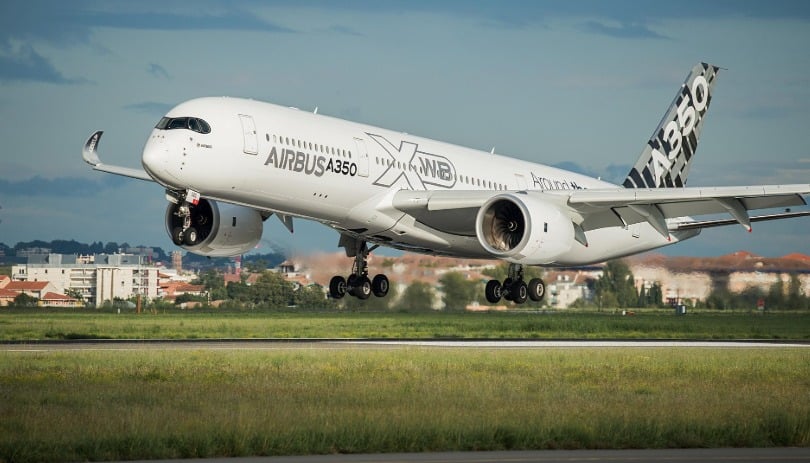 Airbus said its decades-old competition with Boeing is back on in earnest as the removal of coronavirus curbs revives international travel and unleashes a spate of jetliner order contests.

The European firm said Thursday that the traditionally fierce rivalry has resumed as Boeing emerges from a two-year slump triggered by the grounding of its best-selling 737 Max. At the same time, it signaled a new challenge with the launch of a freighter designed to erode the U.S. group’s lead in air cargo.

“We see our competitor very willing to win campaigns, to ramp up production again,” CEO Guillaume Faury told Bloomberg Television. “At Airbus we enjoy that competition and we always try to bring the right products and services to our customers.”

The new freighter, a version of the A350 passenger jet, is expected to enter service in 2025, Faury said on a media call, after the board granted approval for the project. The plane will be based mostly on the largest -1000 variant, and will have a payload of more than 90 metric tons.

The company gets “closer every day” to lining up launch customers, the CEO said. Boeing is meanwhile also eyeing a freighter launch, with CEO Dave Calhoun saying Wednesday his company hopes to launch a cargo version of the coming 777X “in the relatively near term.”

The improving outlook comes amid a travel reopening that’s gathering pace in some key markets.

Domestic Chinese and U.S. demand has led the comeback, the European Union has removed barriers to internal flights, and the U.K. this week announced that it will allow American and EU visitors who have been fully vaccinated to enter without self-isolating.

While other holdouts including Canada and Singapore are easing restrictions, long-distance routes that join continents are still restricted, holding back demand for bigger, more expensive wide-body aircraft.

Airbus expects to hand over 600 jets this year, up from as few as 566, helping to lift adjusted operating profit to 4 billion euros ($4.7 billion) — double the previous target — and generating 2.7 billion euros in free cash flow. Boeing is also emerging strongly from the pandemic after it beat earnings and cash-burn estimates and Calhoun halted job cuts well short of the 20% originally planned.

The KLM requirement for 160 aircraft will be a key battleground since sister carrier Air France is one of Airbus’s biggest customers.

Faury said Thursday that the company is having “very dynamic discussions” on potential orders and sees activity picking up toward the end of the year.

Still, both plane-makers will be dependent on key equipment manufacturers keeping pace with ramp-up plans, which at Airbus could reach 64 narrow-body jets a month by early 2023 and 75 by 2025.

Engine-maker Safran said Wednesday it expects a “small step up” in deliveries this year and questioned whether demand will support build rates above 60 a month.